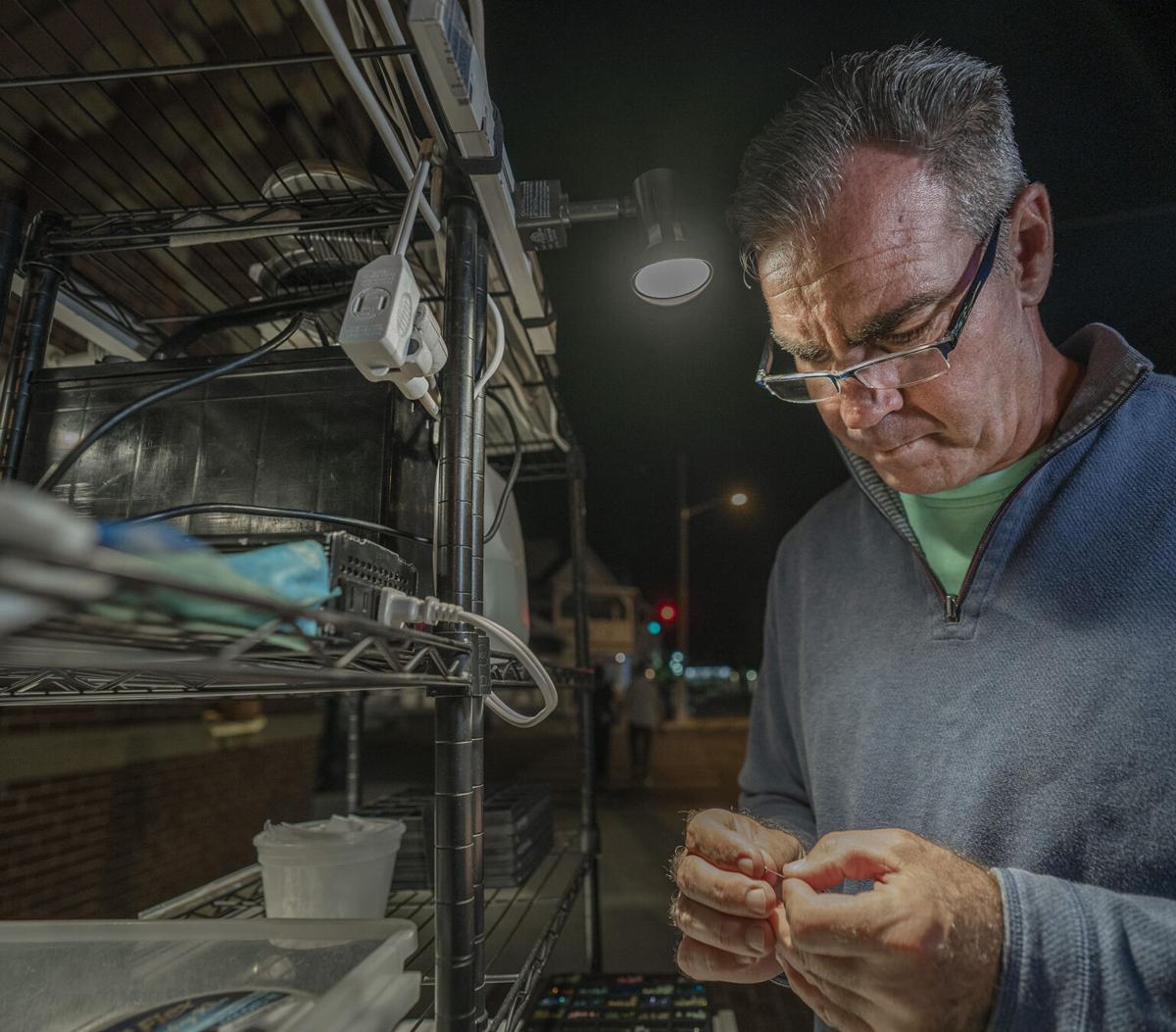 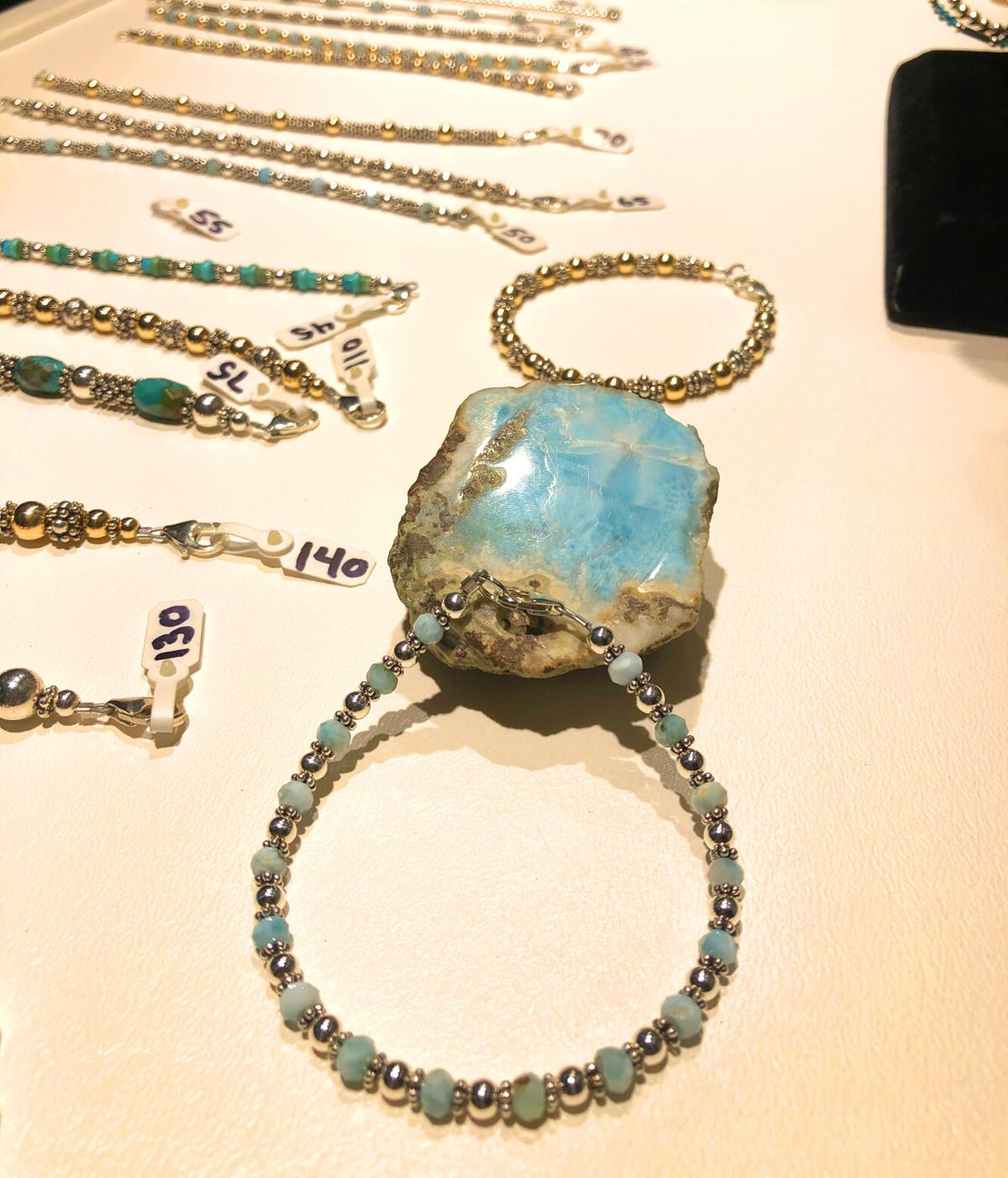 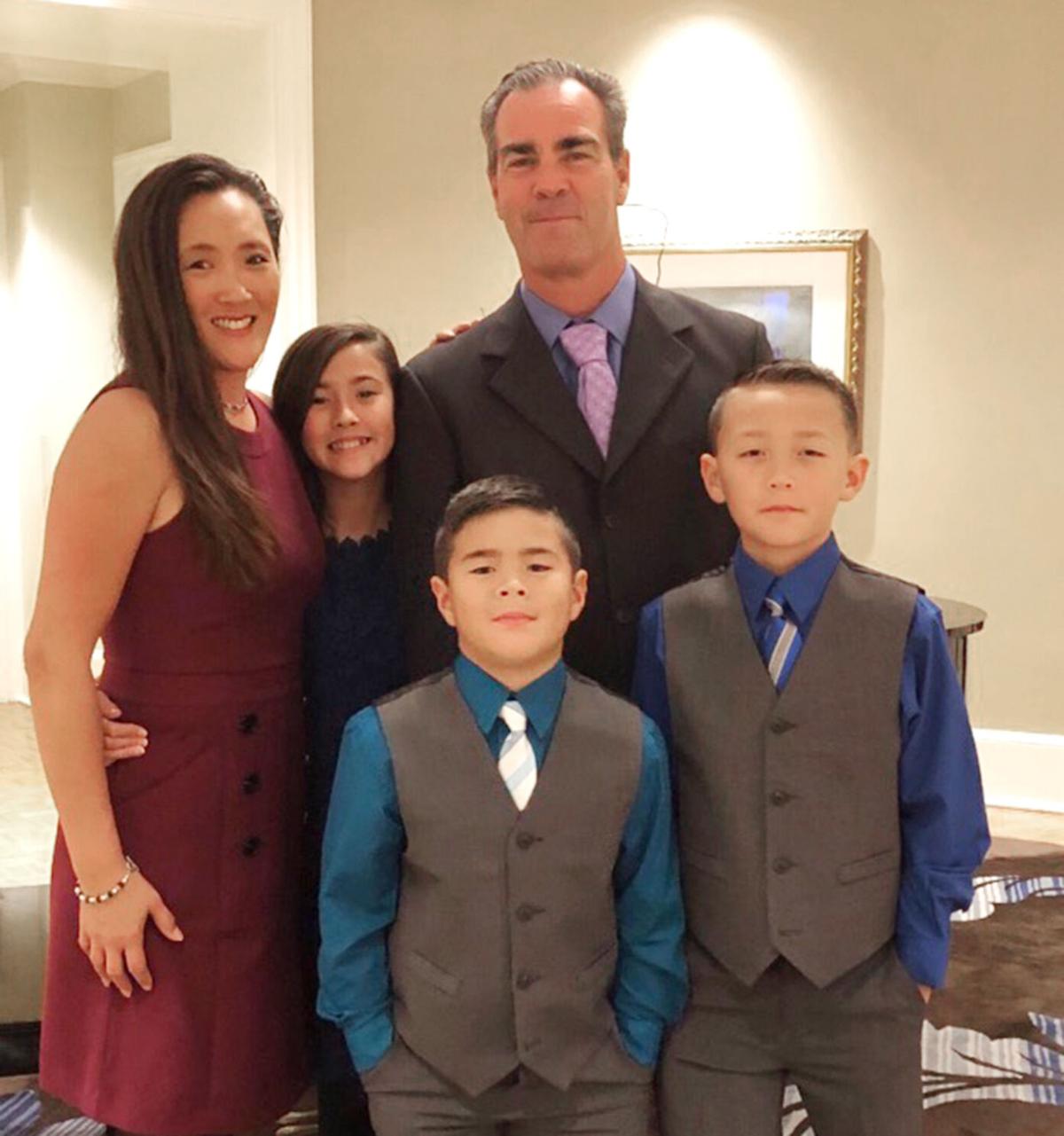 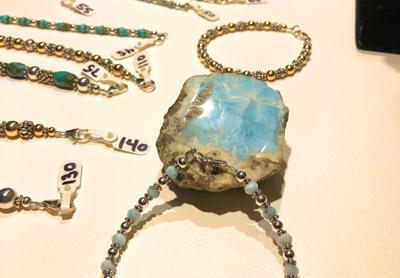 That is one word that can be used to describe the Key West Jewelry stand on the corner of Duval and Front streets.

They design everything themselves. Nothing you see is copied from somebody else. In fact, business owner Matthew Boa is making jewelry about 90% of the time he is out there.

“It’s not like a scooter you see going down the road that was copied from somebody else’s scooter,” said Boa, adding that his is one of the few Conch businesses left in Key West.

And Boa has been making jewelry now for 33 years.

“I go to the biggest gem show in the world in Tucson, Arizona, and handpick stuff,” Boa said. He says none of his stones are color-enhanced, dyed or radiated.

Boa makes many pieces such as beaded anklets, necklaces and earrings with real silver and some real gold, too. He also makes jewelry for children that lasts.

Boa also makes personalized jewelry, which he says accounts for 25% of his business. He offers Key West block or “KW” keepsake bracelets, too.

The turnaround time for personalized jewelry is fast.

“I can make that right there on the street in probably 15 minutes, depending on the material and how complicated it is,” Boa said.

He said he wants to give people a unique Key West item that cannot be purchased online or anywhere else. He stands behind his work and will repair his jewelry if it ever breaks.

Boa shared he has had many repeat customers through the years, some of whom even bring him Key lime pie or a cup of coffee. He said people appreciate that he is always friendly and always there.

Boa was born here in 1964 and raised in Key West. His grandparents were Portuguese immigrants. His grandparents found their way to Key West in the 1950s and his dad graduated from Key West High School and became a manager of a hardware store. Boa spent many fond years on the shrimping docks where the Schooner Wharf Bar is now located.

“They had a conveyer belt that would bring the shrimp in baskets from the boats into the fish house. My brother and I would walk up to the baskets of shrimp and just grab a handful of shrimp for our bait. Those shrimp boat captains all knew us. That was pretty cool,” Boa said.

Baseball was also a big part of Boa’s upbringing. In fact, just the other day a repairman who played on his 1979 Key West All-Star team came to his house. Boa graduated in 1982 after excelling in all of his classes. He fondly points out he was the Key West High School chess champion in his junior and senior years.

The pivotal moment in his life, according to Boa, came when he was 19 years old. At the time he was a self-proclaimed atheist and he became a believer in God after encountering a couple at a juice bar at the corner of Olivia, which is still there.

“I think after reading just one chapter out of the Gospel of John, I said this was nothing at all what I thought it was going to be. In fact, instead of finding fault with this book, I found it with myself,” Boa said.

He married the Key West homecoming queen in 1985 before settling into running his dad’s business. From there he took a construction job. His father-in-law at the time was none other than “Conch Shell Louie,” who trained Boa how to make jewelry and do bead work.

Boa started his own jewelry business at age 23 at Mallory Square, before a shutdown of mobile vendor licenses, which promoted Boa to find storefront space in the windows of the Southern Cross Hotel, which is now called The Saint.

Boa ended up going through a divorce and moved away before meeting his current wife, Emily. She was a model from Seoul, Korea, and was raised in Minnesota. For 10 years they traveled around doing fine art shows before making their way back to Key West.

Boa got a local artist license, set up his stand that has been there for 10 years now, and it is where you will find him today, making his authentic jewelry.

“There is just something incredibly cool about making something with your own hands that nobody else makes and watching them be happy — and it’s affordable,” Boa said.

The Key West Jewelry stand’s hours are 2 to 9 p.m. Monday through Friday.