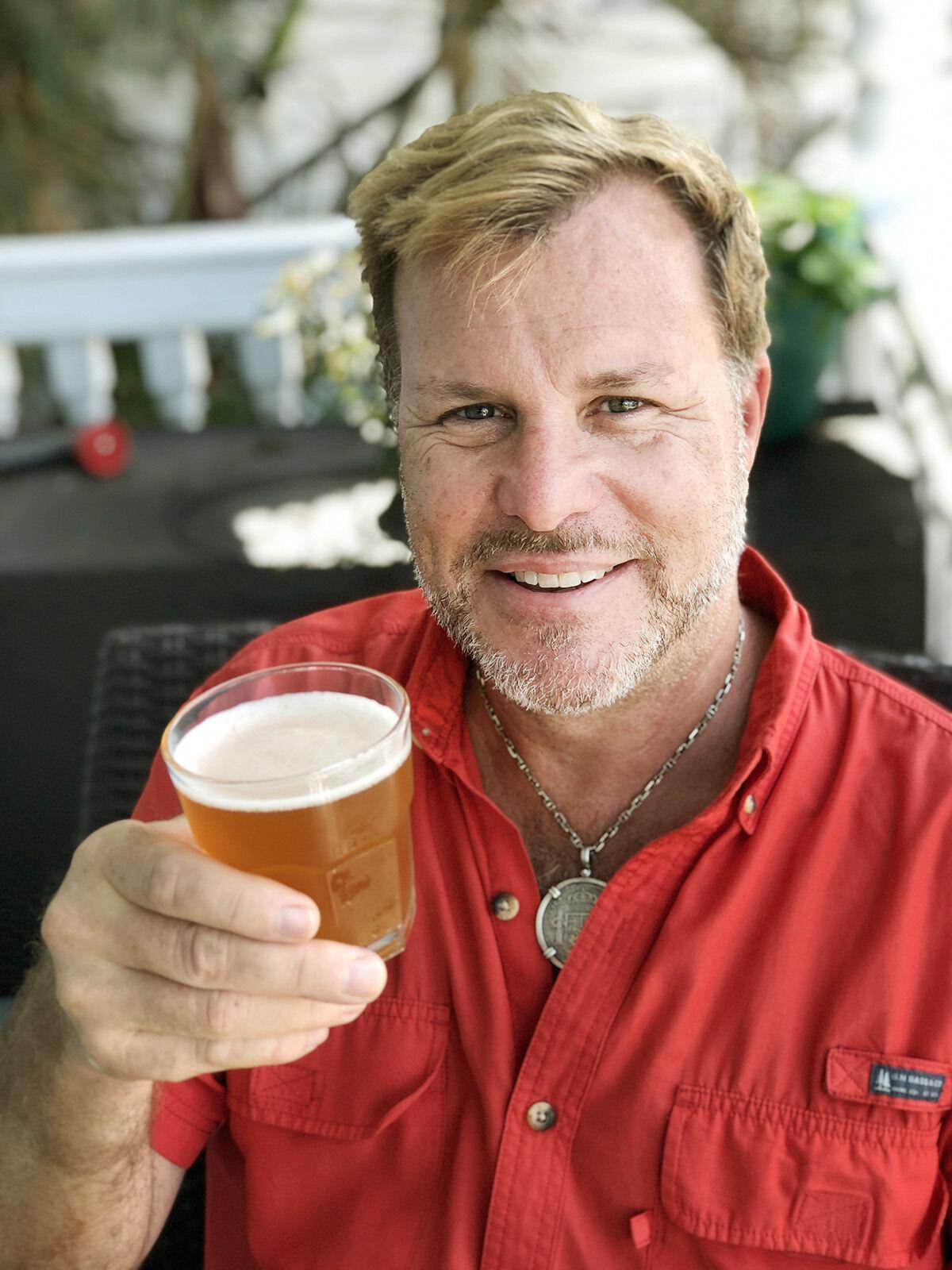 Tadd Maudlin hoists a glass of his Blast! Beer on the balcony of his Old Town home. Blast! beer will soon be offered in Jacksonville in a test sales run at Winn-Dixie. 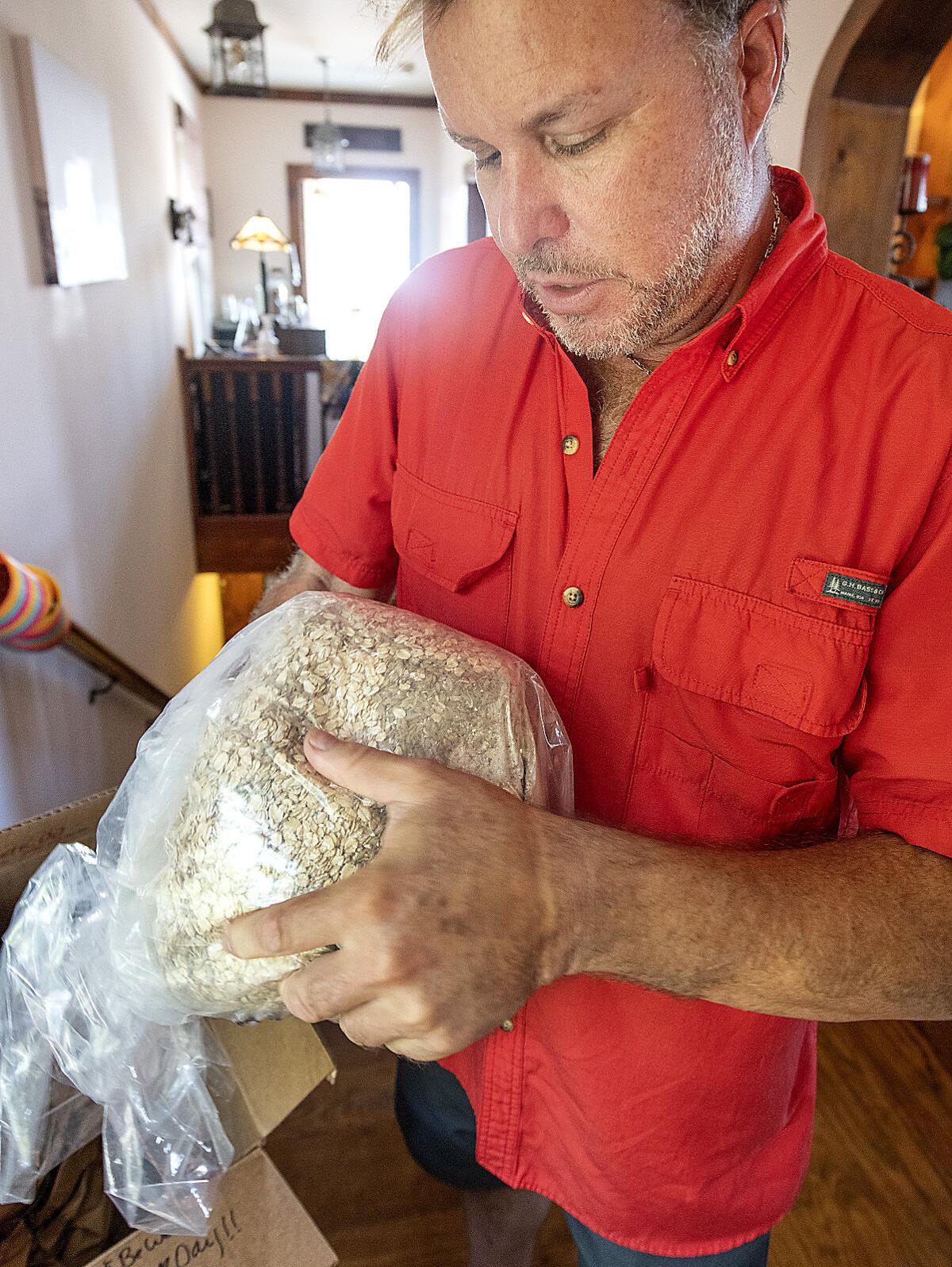 Tadd Maudlin inspects a delivery of hops, oats and other vital ingredients for his Blast! Beer.

Tadd Maudlin’s Blast! beer will soon be offered in Jacksonville in a test sales run at Winn-Dixie. 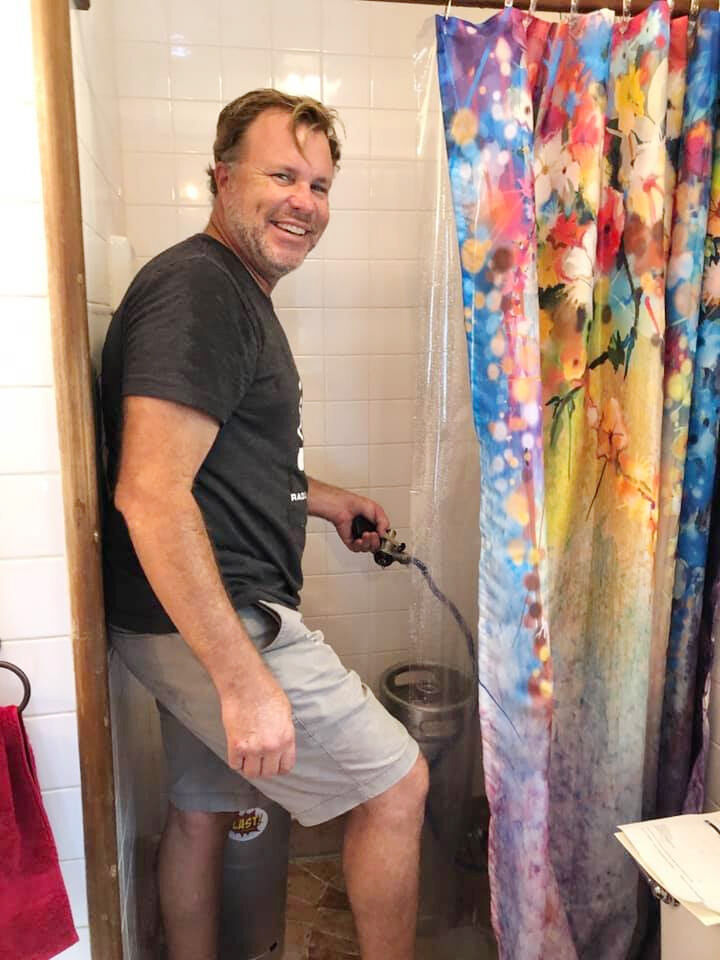 Tadd Maudlin recovers from a minor CO2 mishap in his shower stall at the outset of the pandemic. 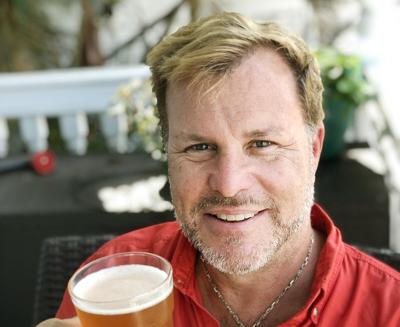 Tadd Maudlin hoists a glass of his Blast! Beer on the balcony of his Old Town home. Blast! beer will soon be offered in Jacksonville in a test sales run at Winn-Dixie.

Tadd Maudlin inspects a delivery of hops, oats and other vital ingredients for his Blast! Beer.

Tadd Maudlin’s Blast! beer will soon be offered in Jacksonville in a test sales run at Winn-Dixie.

Tadd Maudlin recovers from a minor CO2 mishap in his shower stall at the outset of the pandemic.

While sitting on his white-painted second story deck overlooking Caroline Street, Tadd Maudlin reflects on his philosophy of life.

“I’m reading a book right now by Napoleon Hill, and I’m identifying with the thought that ideas are real things,” he said, referring to the pioneering author of self-help books. “I think it’s really unfortunate people throw those away all the time. They have ideas and they don’t share it with other people or develop it and see how far it can go.”

Maudlin has shown that he does recognize ideas as real things, which has led to the creation of his Blast Beer Company, which features a new kind of low-gluten beer.

He took his own quote, “There is no substitute for getting started,” and developed Blast! Beer’ “Save the Day IPA” out of necessity because in 2015, he learned that like 20 million other Americans he is gluten intolerant.

That year proved to be pivotal in his life, especially after he began asking for beer in his travels that was low in gluten or gluten free, only instead to be handed an alcoholic seltzer water or something that tasted horrible.

So Maudlin, who had been dabbling in home brewing since 1990, decided to make his own recipe to get rid of gluten with the goal of creating a new niche market. Right now, Blast! Beer is in the process of obtaining proper trademarks and licenses.

Maudlin said gluten, which are proteins from grains, can make certain people feel extra full even when they are hungry because of inflammation it can cause in the intestines. Gluten can also cause headaches and attack the immune system.

Maudlin is planning to release a comic book to tell the story of his new beer.

“I have a graphic designer working on turning me into an illustration, like a comic, just to be the narrator on the first two or three frames of the comic and then it introduces the characters,” he said.

The characters include “The Expert,” who points out how many people are affected by gluten-intolerance, the evil “Gluten,” the helpful “Pep,” “Jelly Bean” and a hipster-looking guy who says, “Finally, a great tasting craft beer that everyone can enjoy.”

The comic, as well as the new beer, will be available at Winn-Dixie grocery stores in the Jacksonville area starting Nov. 11 for a 90-day phase-one trial.

Maudlin is no stranger to jumping in and out of different arenas. His resume includes stints as a sales engineer, door-to-door window salesman, construction company founder and scuba instructor, among others.

While walking up the mahogany stairway to his home, Maudlin comes off like a mad scientist who speaks “beer” like it is his native tongue. He talks about distilled water, reverse osmosis, glycol, minerals, hops, hop addition, head retention, aromatics, bittering units, flavor profile, malt and final and specific gravity.

Maudlin opens up a doorway that looks like a bathroom.

“This is my homebrew bathroom area, but it is very clean,” he says.

He adds how important it is to dispose of the grains properly to avoid getting the floor sticky and irritating his wife.

It can take six to eight hours to make one test batch and get it into a keg, and then the fermentation process can take two to three weeks. If the beer is left in there longer, it will mature even more, and according to Maudlin, “That is when the flavors can become a little bit more complex.”

Depending on the beer being made, Maudlin said it can take up to 9-12 pounds of grain, malted barley and wheat. He says what sets his beer apart is an enzyme, which he likes to call “Pep,” that zaps the gluten in the beer.

“I told somebody about it and I started talking about it because I was passionate about understanding why breweries don’t use the enzyme because it does not change the quality of the beer,” he said. “For the most part, it makes it clear.”

Why should someone try Blast! Beer? Maudlin responds, “Because it tastes good and it’s fun, and maybe you might discover you have a slight gluten intolerance when you don’t have the same feelings when you drink two or three beers.”