Bills moving forward in the Florida House and Senate aim to reverse referenda passed by the citizens of Key West to limit the size and number of cruise ships visiting the island.

A recent Florida Senate Transportation Committee hearing on a bill that would reverse the cruise ship limits approved by Key West voters in November indicated that despite a maritime expert’s testimony that the courts are the best place to dispute any challenges to the referenda, state legislators are seriously considering removing home rule in all state seaports.

If that happens, and the identical bill in the state House of Representatives is also approved, the three cruise ship-limiting referenda in Key West would be reversed, giving control over local cruise ship visits to an as-of-yet unnamed state agency.

The Transportation Committee hearing on Feb. 6 included testimony from Capt. Alan Richard, an attorney and maritime law expert. Under questioning by Committee Chair Sen. Gayle Harrell on which state or federal agency has jurisdiction over any seaport regulation challenges, Richard said the matter belonged in state or federal court, where a judge would weigh the potential local benefits of cruise ship restrictions against any disruption to state and local businesses supporting the cruise and cargo industries in Florida. Harrell then asked Richard whether a court ruling in favor of Key West would set a precedent for other Florida seaports to limit commerce. Richard said it would, indeed, set a precedent.

That got the attention of state Sen. Keith Perry, who questioned Arlo Haskell, testifying on behalf of the Key West Committee for Safer, Cleaner Ships, whether simple public opinion — he suggested a negative Google review could stimulate a citizen revolt — would promote local regulations limiting maritime commerce.

“I see this as a slippery slope the state would not want to go down. You’re talking about restricting commerce. Now it’s people. Next, it’s cars,” said Perry, who represents north Central Florida. He used an example of people who want fewer cars on Florida roadways having the power to limit cargo ships carrying those vehicles into Florida ports.

Sen. Ana Maria Rodriguez, who represents the Florida Keys, suggested that by limiting cruise ships to smaller vessels, including some that cater to wealthier travelers, Key West was discriminating against passengers who can only afford to travel on less-expensive cruise lines.

“No, of course not,” Haskell responded.

However, the Florida Pilots Association, which represents the tug boat captains who guide large vessels in and out of state ports, is apparently trying to head off concerns raised by the Florida Ports Council about the sweeping home rule bill, which, along with the identical House bill, propose to take seaport management out of the hands of local officials, giving the state pre-emptive authority.

The Ports Council, while not endorsing the referenda restrictions in Key West, is worried that removing local authority would disrupt all seaports’ ability to conduct their own business. Every seaport is different, said Michael Rubin, vice president of the Ports Council office of government affairs.

“You’ve now called into question every contract issued by that seaport with existing cargo companies and opened them up for lawsuits and other issues with tenants,” he told Transportation Committee members at the hearing. “This [Key West referenda] is a local issue that should be governed by that [local] master plan.”

The amendment to SB426 written by the Pilots Association suggests throwing out the entire bill and replacing it with one that would more narrowly tailor the proposed legislation to Key West alone. It would preserve the authority of a port authority — which Key West does not have but other Florida seaports do — to regulate vessel movements within its jurisdiction. But, according to the amendment, unless the U.S. Coast Guard approves, a city could not restrict “a vessel’s type or size, source or type of cargo, or number, origin, or nationality of passengers, except as required to ensure safety due to the physical limitations of channels, berths, anchorages, or other port facilities.”

There are three Senate committees that must vote to approve SB426 before the state House can begin its own hearings on the bill. 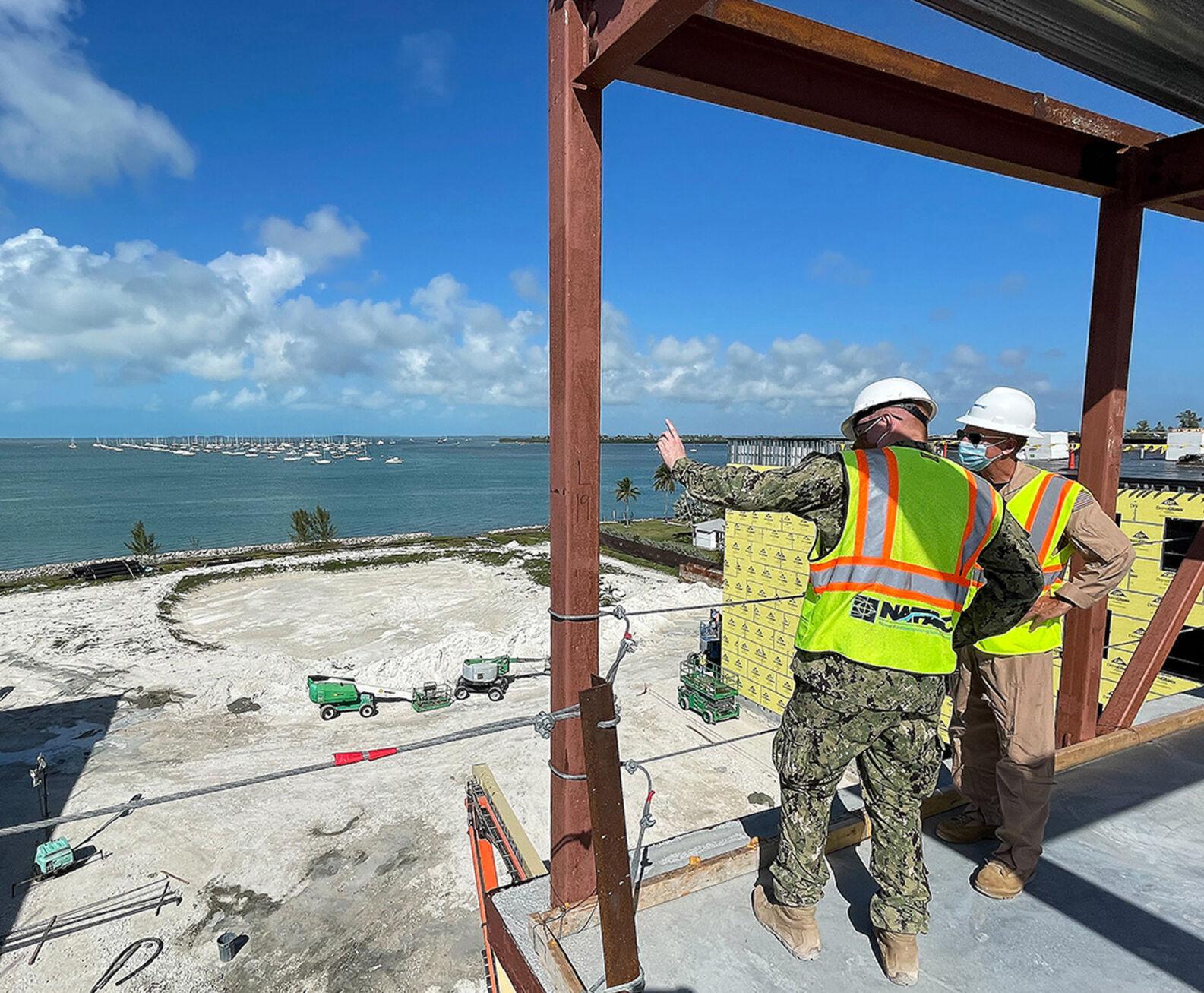 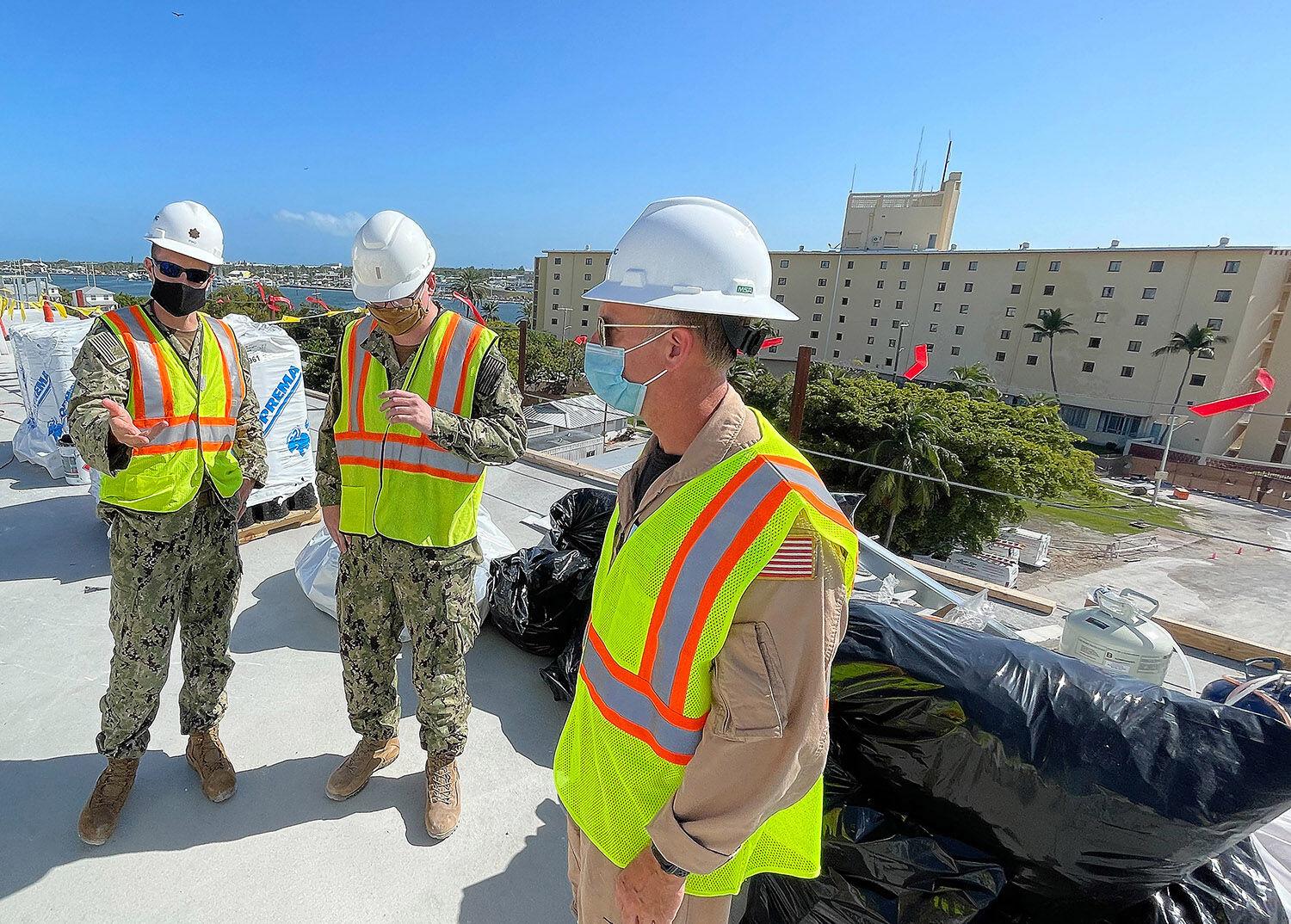 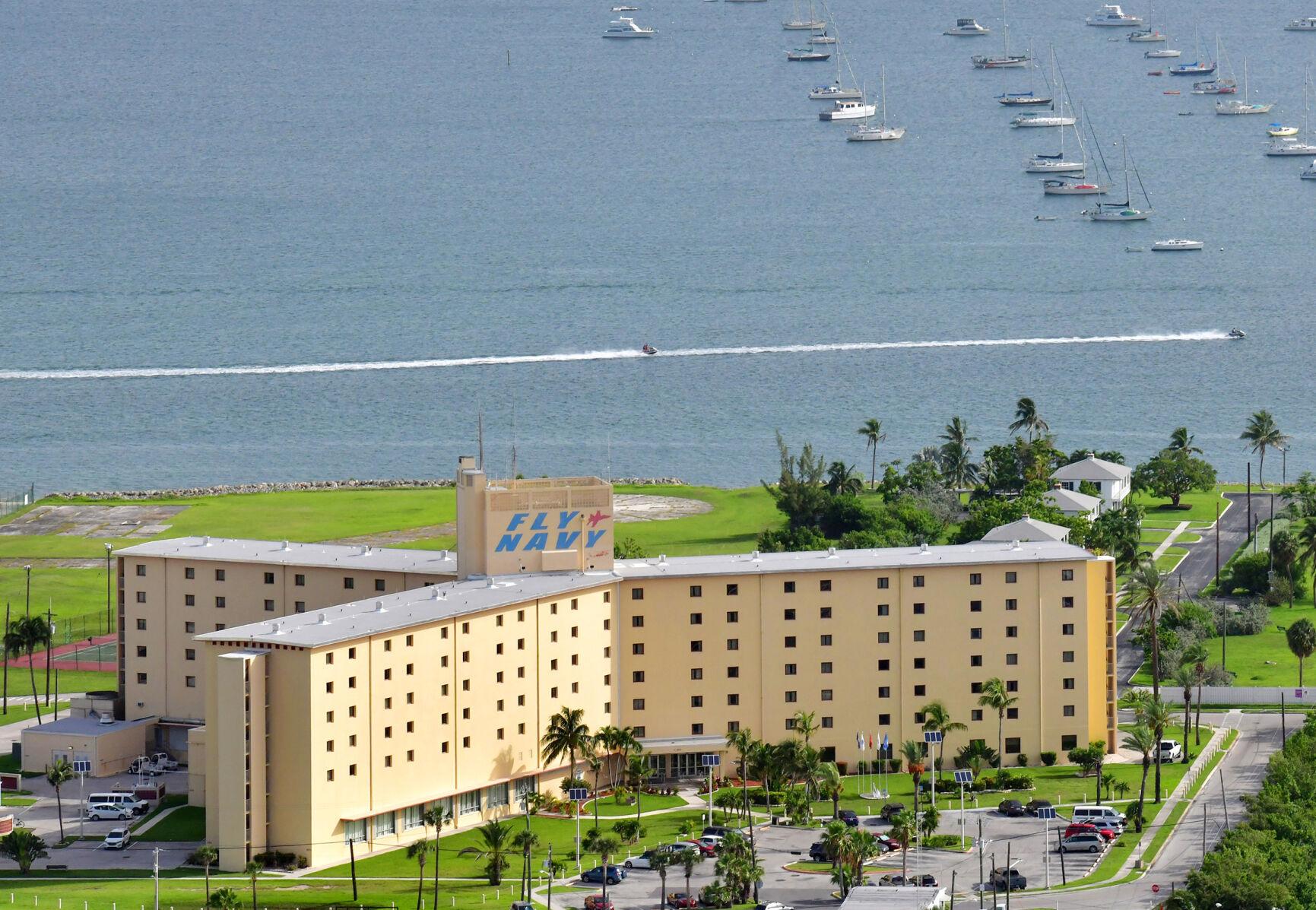 The original Fly Navy building is seen in this aerial view from 2018.

Favorable inventories and interest rates helped inoculate the Florida Keys real estate market from the economic impacts of COVID-19 in 2020, one of the best years for sales in recent decades, local industry experts say.

The year began strong, but sales declined when the Keys were closed temporarily to non-residents to limit the spread of coronavirus. Once the island chain reopened in June, sales took off.

“With continued low inventories and interest rates, the real estate market will continue to perform well in 2021,” according to Coldwell Banker Schmitt’s report. “The first sign of any change in the market will be increasing inventories, which will signal a decrease in sales as it did in 2005 when that occurred and went undetected until [Hurricane] Wilma emphasized the trend for more listings, resulting in fewer and fewer sales as inventories increased.”

“The level of pending sales is the best predictor of what the months ahead hold in store,” according to the report. “The number at year end is well ahead of what we’ve experienced in recent years, underlining the Keys’ appeal as a destination with an attractive lifestyle for location-independent buyers.”

Keys-wide, the average time a property sat on the market did not change from 2019’s figure of 120 days.

The number of properties listed for sale at the end of 2020 was lower than in 2019. The fall-off was most dramatic in the Upper Keys, where inventory was down more than 40%. It was lower by 26% in the Lower Keys, 19% in the Middle Keys and 4% in Key West, the report found.

A recent economic report by Lawrence Yun, chief economist for the National Association of Realtors, characterized the United States market as “roaring” over past activity despite the nation losing 10 years of job growth last April.

Nationwide, pent-up demand, low inventories and an average mortgage rate of 2.65% have been driving the market, according to Jim Larson, a residential specialist with Keller Williams Premier Properties.

“In Florida, we are continuing to see an influx of global and out-of-state buyers, mostly from high-tax northern states,” Larson said. “The bottom line is this growth is expected to continue well into the year.”

As the nation nears the landmark of more than a half-million deaths during the past year due to COVID-19, the Key West City Commission has set aside the first Monday in March to honor the victims and survivors of this pandemic.

Bob Eadie, the Administrator of the Florida Health Department in Monroe County, accepted the somber proclamation.

“COVID-19 is having catastrophic effects on human life, our community, and our economy,” reads the proclamation. “Local and state governments, health departments, and public servants have taken bold actions to protect residents, support struggling local economies, and find innovative ways to provide services.

“Each life lost to COVID-19 mattered and leaves a hole in the hearts of loved ones, family members, and surrounding community.”

Eadie reiterated the need for the community to follow public health guidance and policies targeted at prevention, such as social distancing, wearing masks in public and staying home to help mitigate the spread of COVID-19, prevent illness and lessen the burden on individuals and society.

State legislators have again revived a bill that would take away local control of transient rentals and give it to the state.

The Florida Keys, at this time, seem to be immune from the latest effort because the Monroe County government and its lobbying team are closely tracking the bill.

State Sen. Manny Diaz Jr., R-Hialeah Gardens, has resurrected his same failed bill from last year, which died in committee. The bill would remove local control of transient rentals and place it in the hands of the state as of January 2022.

However, the bill stated that the proposed law does “not apply to any local law, ordinance, or regulation adopted on or before June 1, 2011,” which would cover the current transient rental laws in Monroe County and in each of the Keys municipalities.

Monroe County Legislative Affairs Director Lisa Tennyson addressed the bill at last week’s Monroe County Commission meeting. Tennyson called the bill a “live wire,” and said she would like to see language in it tightened up and strengthen to better protect the Keys from state government preemption.

Tennyson and the county’s lobbying team plans to monitor the bill to make sure the Keys exemption from it remains in place, Tennyson said.

The Senate’s Regulated Industries Committee passed the bill last week. The House of Representative’s companion bill, H.B. 291, was passed by the House Regulatory Reform Subcommittee earlier this month and is in the House’s Ways and Means Committee.

For more than a decade, a bill has been filed each year in the state Legislature to pre-empt local control of transient rentals. Each time, legislators have either shot down the bill or made immune local governments that already have their own local ordinances addressing the transient rentals.

The Monroe County Code Department, the local offices of the State Tax Collector’s Office and the State Attorney’s Office have partnered on various efforts to root out and stop illegal transient rentals, which is a big problem in the Florida Keys.

Local residents and elected officials are concerned that without local control, the state will not have the proper resources to handle regulating transient rentals, which can bring loud noise and people partying late into the night in residential neighborhoods. Transient rentals also take away from the Keys’ limited affordable housing pool.

The issue pits large corporations such as Airbnb against residents, who do not have corporate lobbyists at their disposal.

Last year, the Florida-based Our Neighborhoods fought the pre-emption bill and sent out an email blast that details how Arizona state legislators took away local control of transient rental regulation, but three years later reinstated local control after they realized it was a mistake to take away home rule.