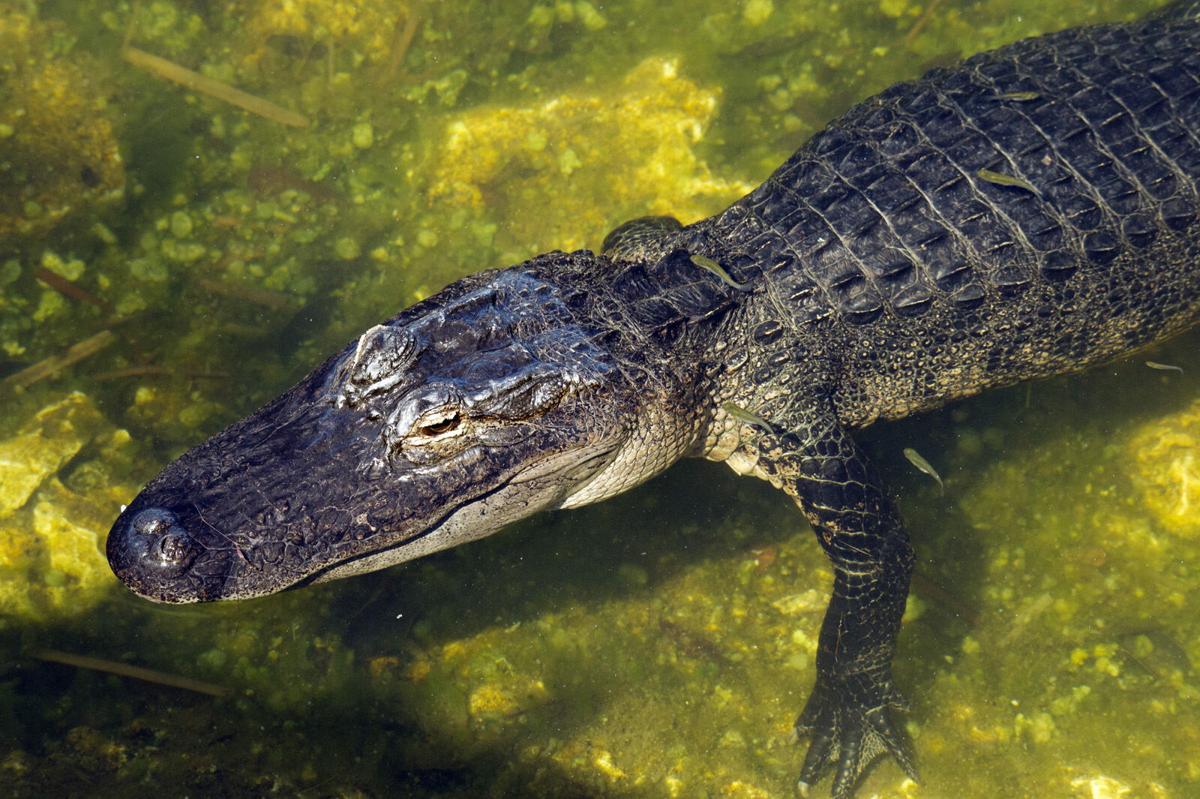 The Blue Hole, the largest freshwater body in the Florida Keys, is home to two alligators. Wildlife managers recently found a dead pig left at the Big Pine Key attraction. 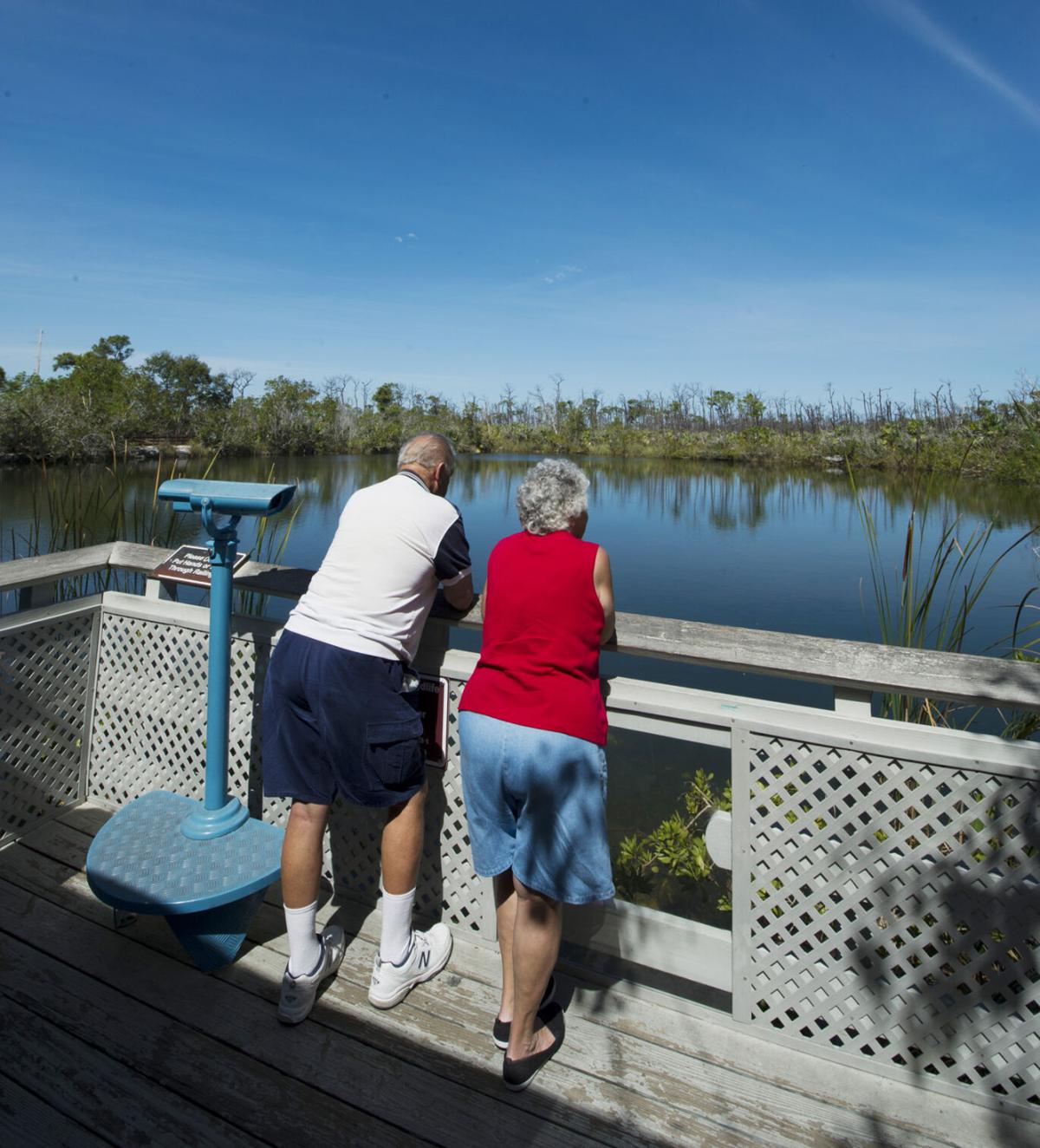 The Blue Hole observation deck on Big Pine Key draws birders and wildlife watchers by the thousands each year. 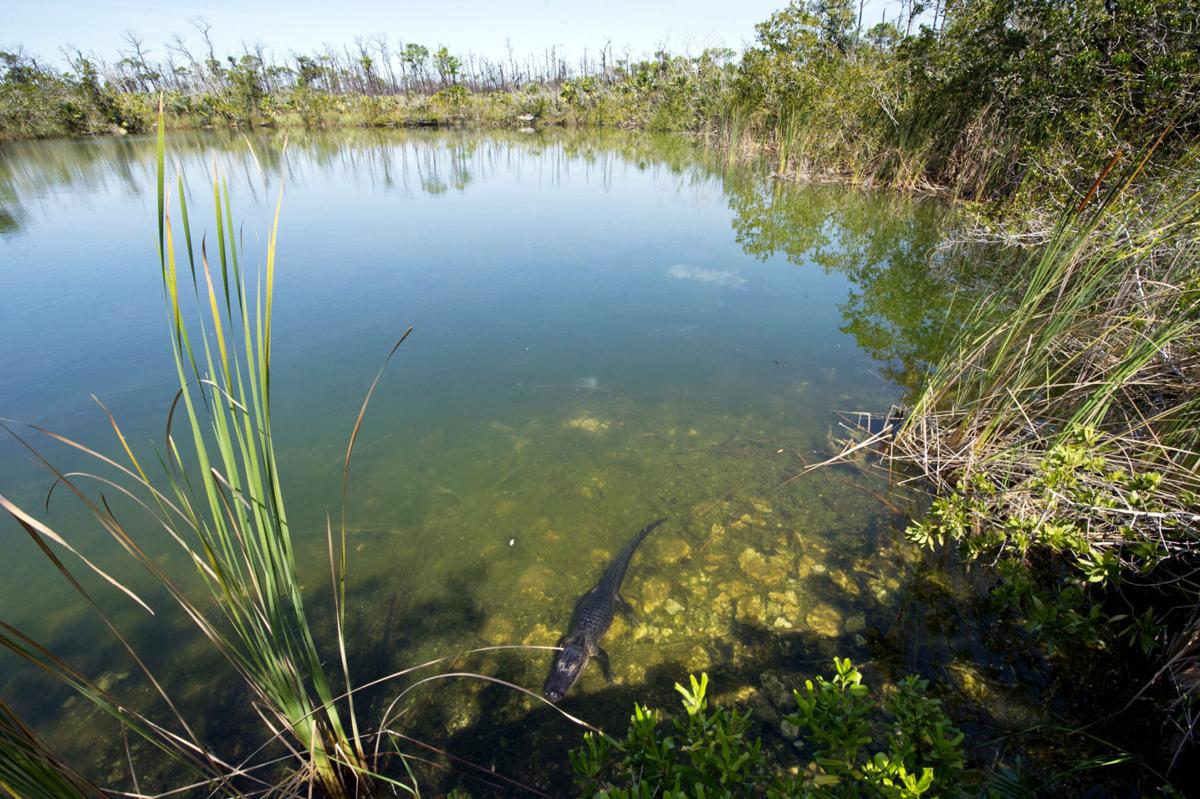 An alligator sits just below the surface at the Blue Hole, a former rock quarry filled with fresh water.

The Blue Hole, the largest freshwater body in the Florida Keys, is home to two alligators. Wildlife managers recently found a dead pig left at the Big Pine Key attraction.

The Blue Hole observation deck on Big Pine Key draws birders and wildlife watchers by the thousands each year.

An alligator sits just below the surface at the Blue Hole, a former rock quarry filled with fresh water.

BIG PINE KEY — The Florida Keys National Wildlife Refuges is asking residents to spread the word that the Blue Hole is a wonderful place to visit and appreciate nature, but there are some activities people just can’t do there, such as feeding wildlife.

Refuge managers issued the message after they found a “whole entire dead pig ready to roast” in the freshwater pond on Big Pine Key, which appears to have been left as a meal for the two resident alligators, refuges spokeswoman Kristie Killam said.

In addition to the pig, people have used an underwater drone and remote control boats at the Blue Hole, and someone was also swimming laps there, Killam said.

People should not ever feed the alligators, Killam said.

“It is critically important for them to never associate people with food. When they lose their natural fear of people, they can become a danger. A nuisance alligator is not relocated, it is euthanized. It is unfortunately that simple,” Killam said.

Blue Hole, a former rock quarry, is the home to wildlife. They need their space to rest and feed, or raise their young, without disturbance, Killam said.

“For this reason it is illegal to use aerial drones or submerged drones to film the alligators and other wildlife,” Killam said. “No motorized toy boats, or other motorized floating/submersible vessels, are allowed. No swimming, snorkeling, diving or fishing is allowed. Please do not walk beyond the ‘Area Closed’ signs. While your individual actions might seem insignificant, there are thousands of visitors each year and the cumulative impact is significant.”

Practice ethical wildlife photography and viewing from the observation deck, Killam said. People should keep their distance and use binoculars or a telephoto lens to get close.

“While it is legal to play a particular bird sound to attract a bird, please use only on a limited basis as these recordings can often attract predators or disturb the bird from its normal activities,” Killam said. “In short, if you see the bird is focused on you, and not doing its normal behavior, you are too close, please back off and allow them their space.”

In addition, people should not feed the Key deer or other wildlife, Killam said.

“This is not only important here at Blue Hole, but throughout the National Key Deer Refuge. Feeding causes Key deer to lose their natural caution around people,” Killam said. “The food itself can be harmful. They are wild animals and they have plenty of natural food. Giving food alters their behavior. While most of us love and adore them, there are a few bad characters who mean them harm. When they trust people, it can put them in harm’s way.”

Feeding stations at a residence or feeding from roadways cause deer to hang out or cross hazardous roadways.

“The refuge loses more than a 100 Key deer each year to road mortality. While not all of this can be attributed directly to being fed, we know the practice certainly causes them to hang out alongside and near roads,” Killam said. “We hate having to put up individual signs that say don’t do this or that. There are so many specifics and it takes away from the natural beauty of the area. ... [W]ildlife disturbance can have real and critical impacts to the creatures that live there.”