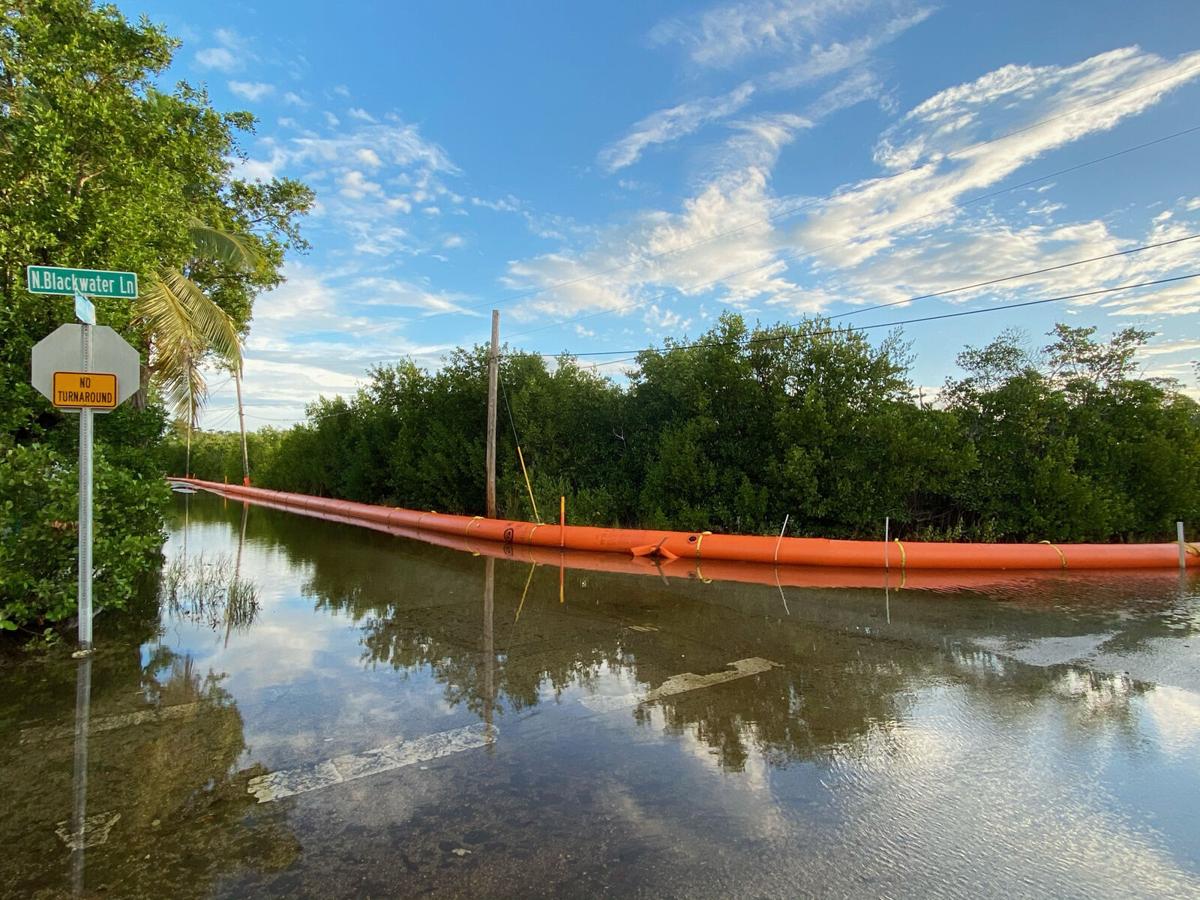 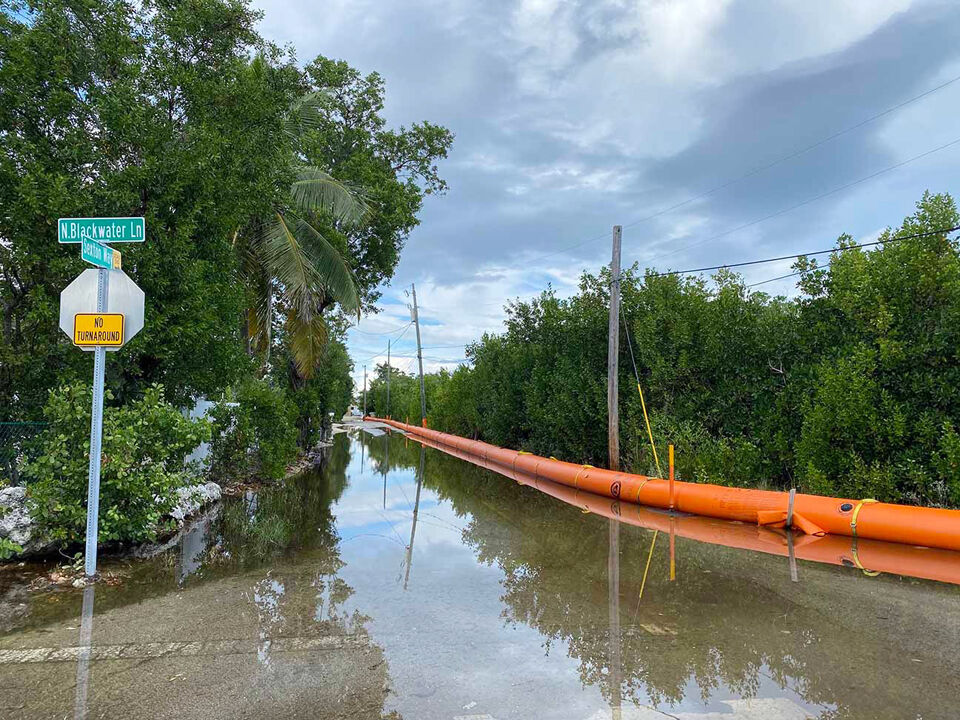 Streets in Stillwright Point are covered with water at noon Friday. 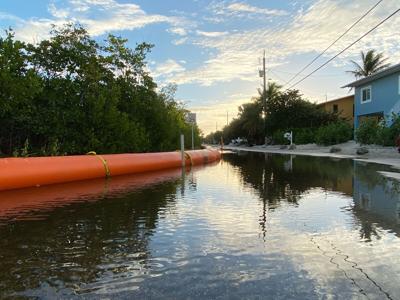 Streets in Stillwright Point are covered with water at noon Friday.

The barriers first had a test-run in the flood-prone Twin Lakes neighborhood in Key Largo, where they proved successful.

But Florida Bay has breached the Stillwright Point barriers and once again filled the streets.

Kathy Ramsey who has lived on South Blackwater Lane for the last 34 years said her home has become “unbearable” since the king tides that invaded the six-street neighborhood 40 days ago.

“I have to park my car six houses away every time I leave my house,” she said. For groceries and medications for herself and husband Jack, who is disabled, she must slog through flooded streets.

Resident Emilie Caldwell Stewart, who serves as her neighborhood’s unofficial media relations point-person, said she and her neighbors were unaware the county would be installing the dams, despite being in regular contact with county officials.

On Friday, Stewart was hopeful that the dams would keep the bay from her ankles but her hopes had dwindled by the weekend.

Residents have been lobbying the county to prioritize the neighborhood in the road data elevation program and to be included in the pilot road-raising projects slated for Twin Lakes and the Sands Subdivision on Big Pine Key, another sinking neighborhood.

Monroe County is among the nation’s most susceptible areas to sea level rise and is looking to keep its more than 300 miles of roads out of saltwater.

On Wednesday, Oct. 21, the Monroe County Commission is expected to ratify payments of $53,602 and $45,040, respectively, to the U.S. Flood Control Corp. for the temporary flood dams in Twin Lakes and Stillwright Point.

“It’s no secret that our district is on the front lines of sea level rise and climate change, which is why it’s been one of the most important issues I’m working on. The persistent flooding, the more frequent and stronger storms, and warmer waters are affecting our communities, economy, and our way of life,” she said.

“We have found a few, but the NOAA [National Oceanic and Atmospheric Administration] one looked the most promising,” a spokeswoman from her office told the Free Press Monday.

“Mucarsel-Powell has also been inquiring on Stillwright Point’s behalf on the status of the grant application from the county. She received a response from the U.S. Department of Housing and Urban Development stating that they approved the state’s mitigation action plan and are working closely with the state on the statutorily required certification of its financial policies and procurement processes. That certification must be in place prior to issuance of the HUD grant agreement,” her office said in a press release.

The congresswoman is also sending a letter to local officials urging them to make sure to keep Stillwright Point a top priority and offering support and advocacy to federal agencies on their behalf.

Meteorologists anticipate flood levels to increase around the blue moon, or second full moon, expected at the end of the month.