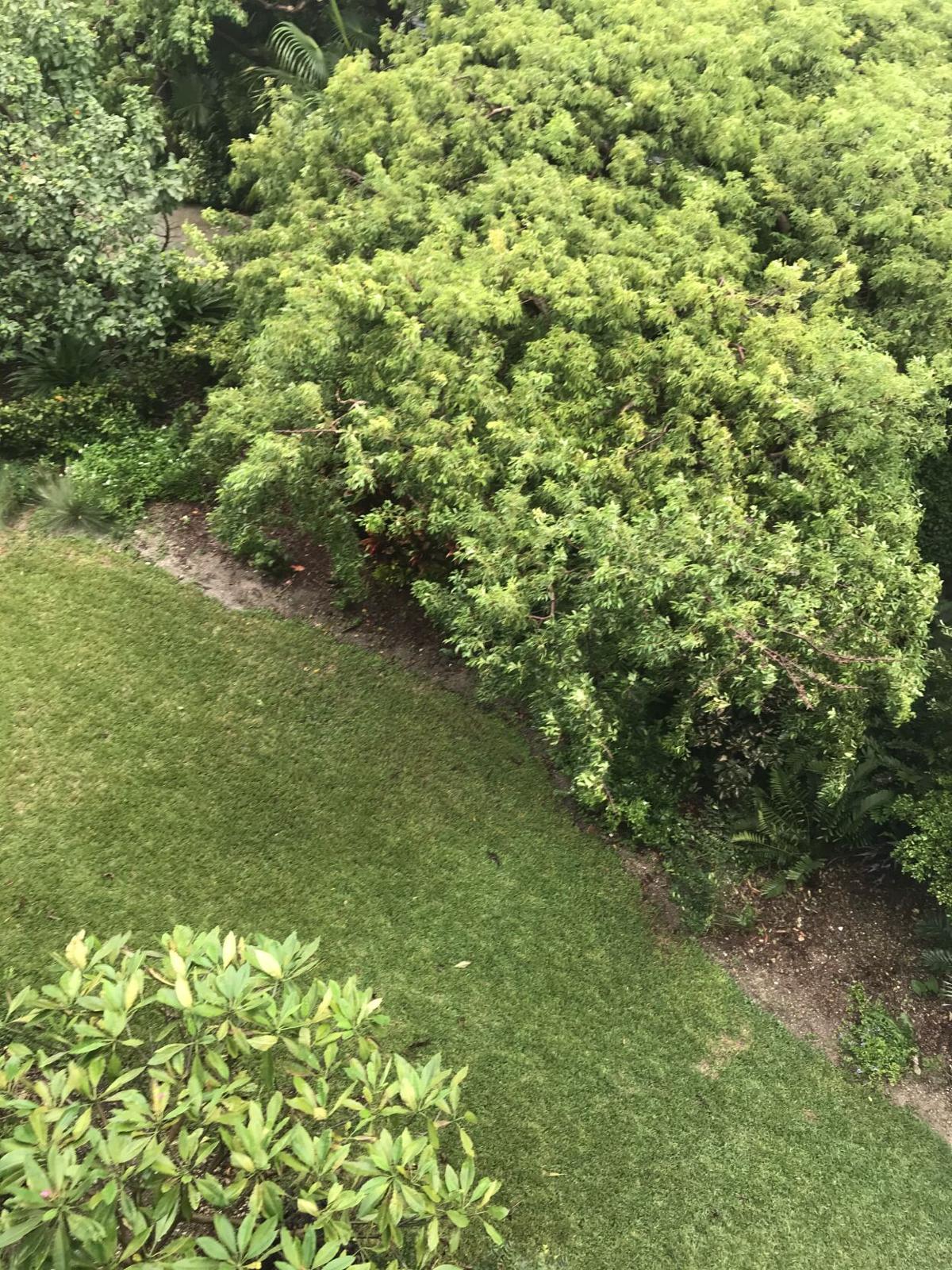 The sound of gentle rains cascading over landscape leaves is a joy to the human ear, but what about the plants? 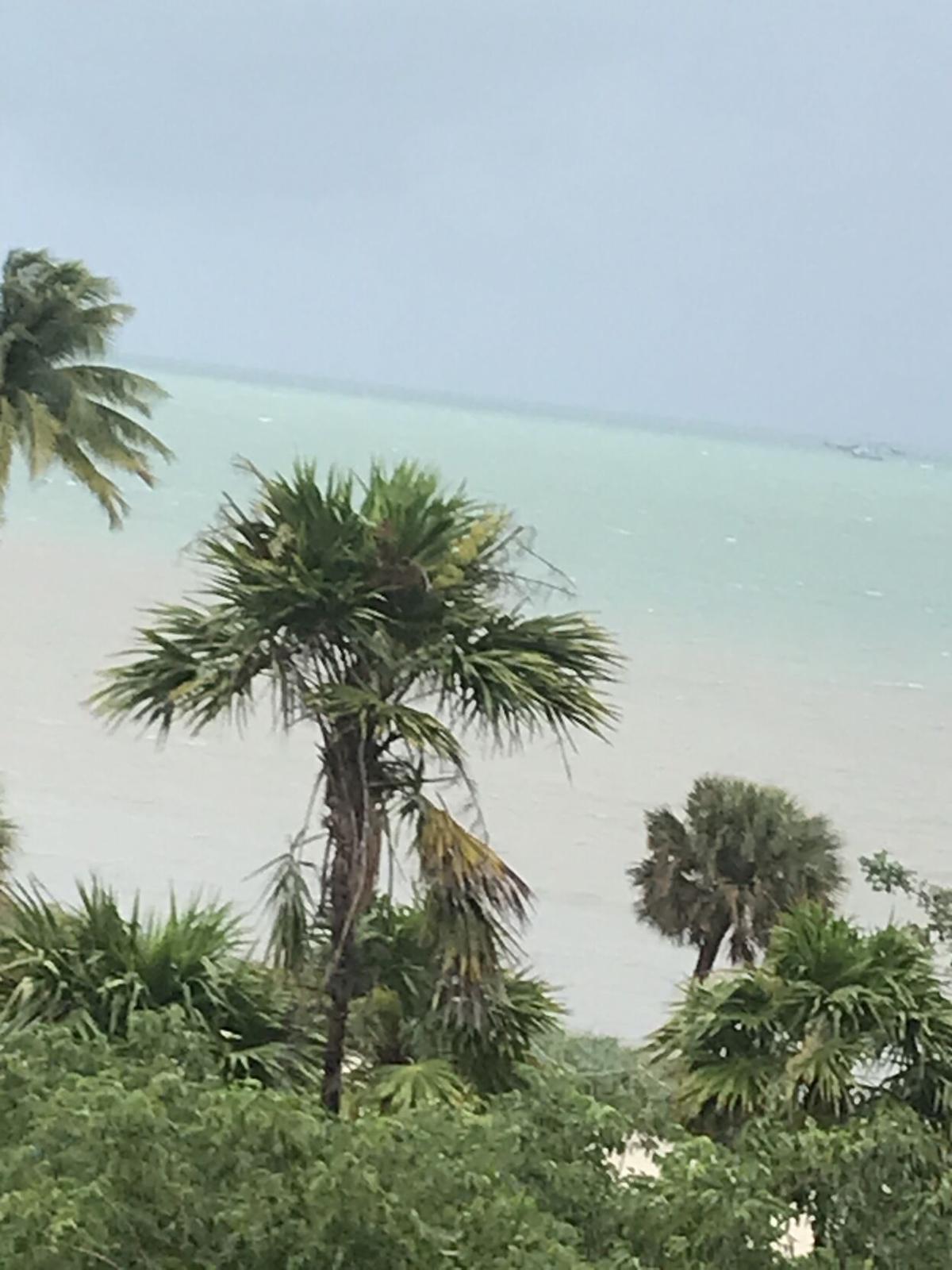 Palms rustle in the eastern breezes; do you think they can hear all that goes on around them?

The sound of gentle rains cascading over landscape leaves is a joy to the human ear, but what about the plants?

Palms rustle in the eastern breezes; do you think they can hear all that goes on around them?

When I was teaching in high school, the question of whether plants hear or not was a favorite science fair experiment. The idea was to immerse one plant in the sounds of Pink Floyd and another in Beethoven, then determine which grew faster. I had visions of walking through Nebraska corn fields serenaded by classical music from speakers mounted on fence posts, watching insects dance in rhythm with the percussion.

These experiments were all failures due to the inability of the student scientist to resist apromorphasizing the plants. Of course, the plants couldn’t hear Bach, but ask them about that bee buzzing 10 feet away from their nectar-filled flower. The flower had an immediate reaction to the buzz, producing more potent and sweeter nectar to attract the bee. That did work. Flowers can “hear” the megahertz vibration of a buzz because that sound was important to their flourishing and survival.

As a defensive measure, when a caterpillar began chomping on a plant’s leaves, the plant immediately sends a noxious chemical throughout its veins to discourage the caterpillar. It also sends an underground warning to its friends and relatives through fungal pathways that connect the roots of the plants, telling them that danger was near and warning them to prepare their own discouraging chemicals. This experiment continued by eliminating the caterpillar and playing only the sound of the chomping with no actual enemy. The leaf of the plant “heard” the vibrations and reacted chemically as though it was being attacked.

Phillip Glass, the minimalist, avant-garde composer, once wrote a piece for the piano called “Four Minutes and Thirty Three Seconds.’’ A pianist walks out on stage (imagine the footsteps across the hollow stage), sits down at the piano and opens the keyboard (imagine the soft sound with a click at the end). The pianist sits quietly for four minutes and 33 seconds, then closes the piano and leaves the stage (more footsteps). The point of the piece is to listen to the audience move in their seats, cough, breathe, etc.

An actor speaks of “having the audience in the palm of my hands.” Scientists from the London Division of Psychology and Language wondered if they could measure audience reaction. In 1917, they hooked 12 members to devices that measured pulse, breathing and heartbeat. They discovered that the heartbeats and pulses of complete strangers would synchronize. This does not happen watching TV.

I listened to Libby Yord sing on Zoom this week. While lovely, it was still watching TV and not sitting in an audience.

As a theater director, I noticed that the audience would cease all extraneous movement or noise during this “palm of my hand” period. No one even coughed.

I decided to listen to the early morning Key West concert when I awoke.

A cacophony of cicadas filled the airwaves. They were eclipsed by a leaf blower’s pulsating rhythm. Because I despise the leaf blower noise, it seemed to go on forever before being replaced with the gentle lapping of the waves against the shore and the breeze ruffling the palm fronds.

Man-made noise began with the hum of tires on U.S. 1 with early travelers leaving the city. Then, the first plane arose over the airport. Birds flew past my fourth-floor window, but did not sing. Far away a vehicle backed up, adding a beep, beep, beep to the silence. Then it rained. The falling drops pitty-patted against the vegetation below.

We are inundated with sound, whether we want it or not.

In an NPR interview with a person who had lost their hearing, there was no disappointment. She said she enjoyed the silence and that the constant bombardment of noise was stressful. I tried to imagine what absolute silence would feel like as the U.S. Navy sent jets capable of sonic booms along the waterfront.