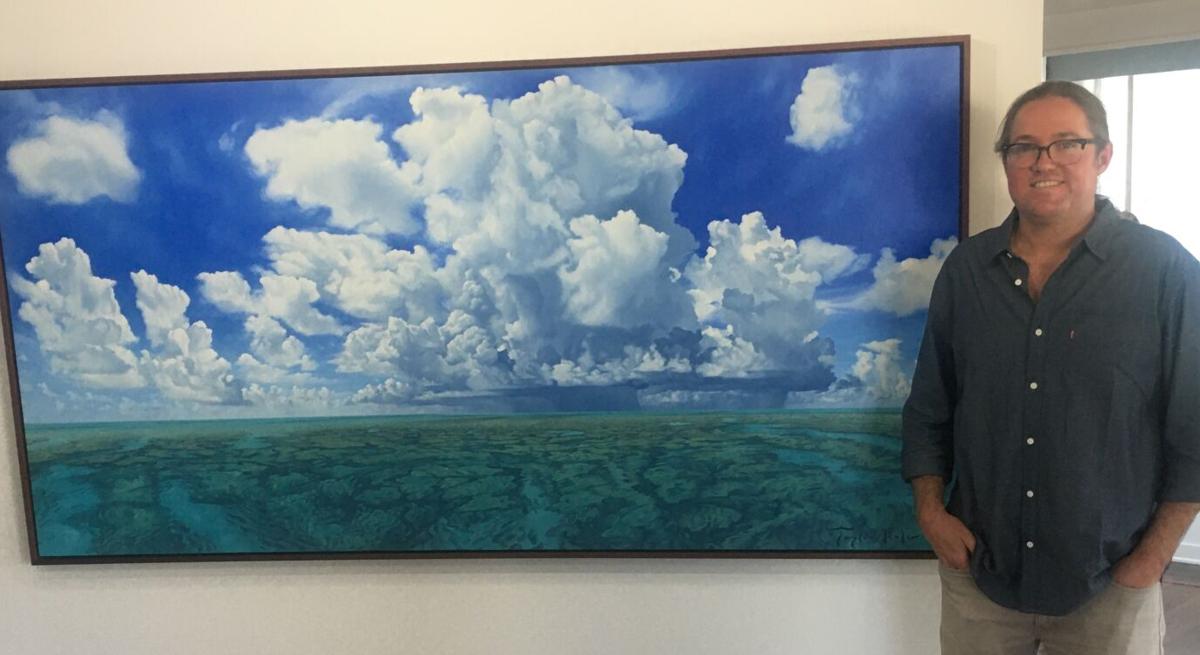 Artist Taylor Hale with his oil painting, ‘Everything is Illuminated.’ 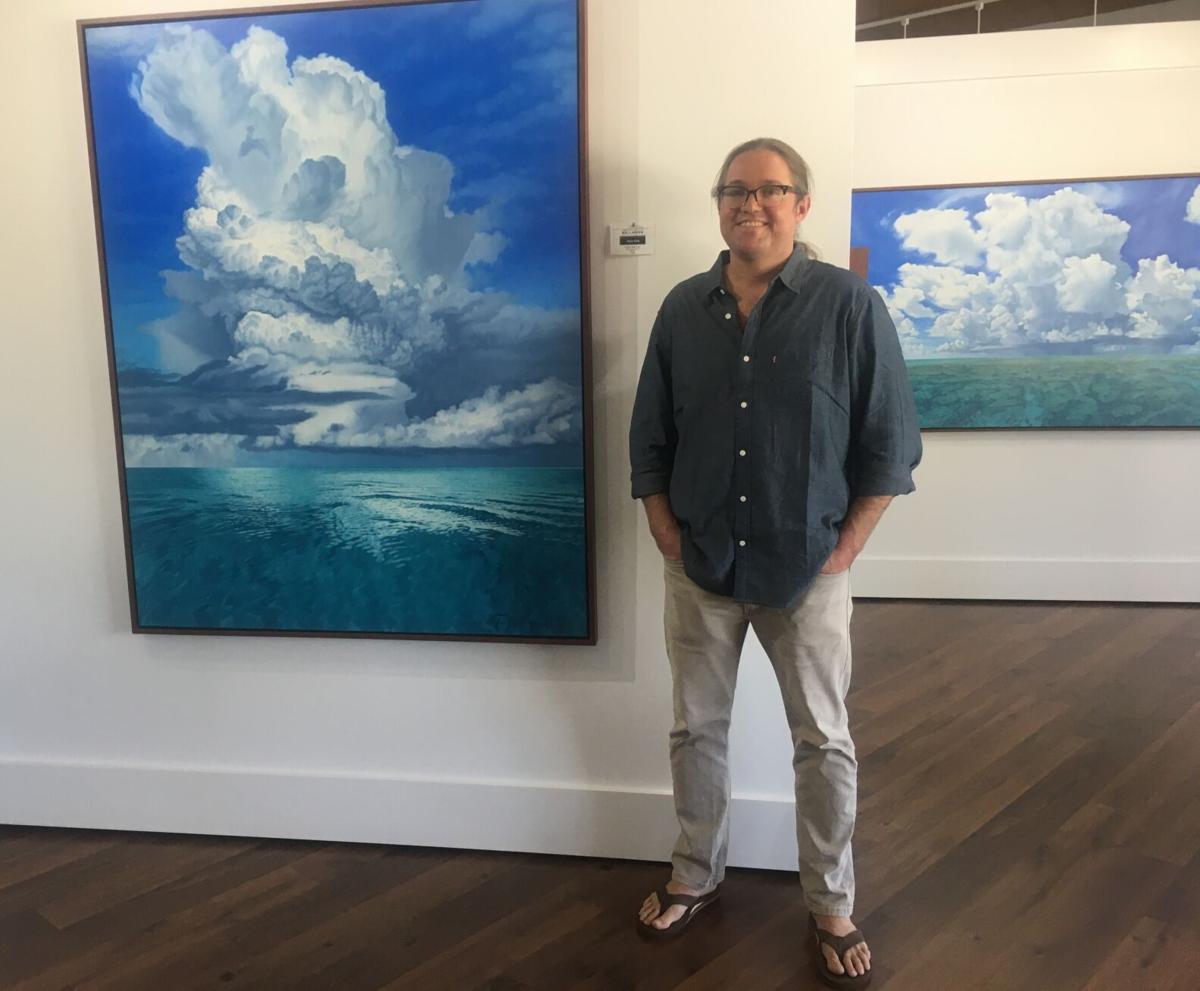 Taylor Hale painted ‘Later that Day,’ which can be seen at the Sotheby’s Gallery in Islamorada through Feb. 28. 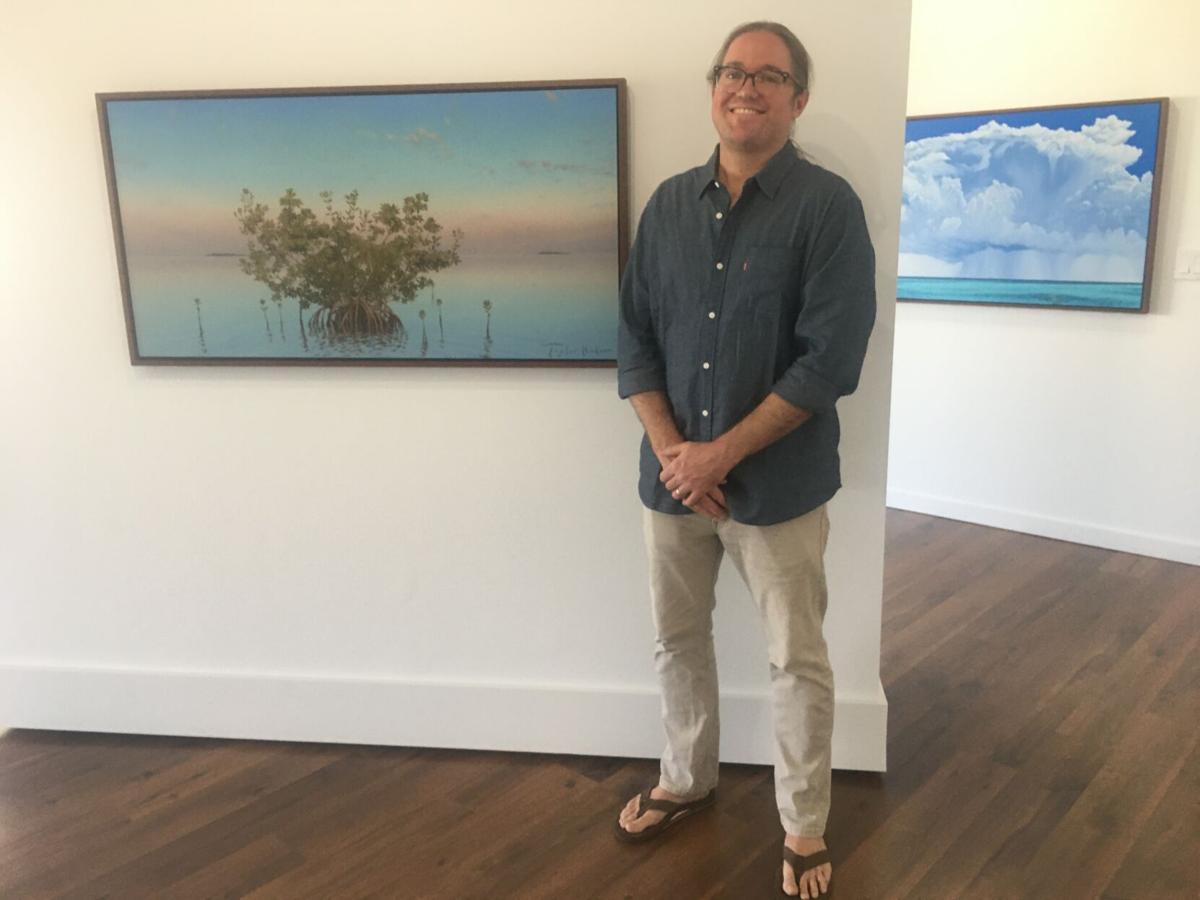 ‘Mother’ is Taylor Hale’s most recent painting, and made him think about family and parenting.

Artist Taylor Hale with his oil painting, ‘Everything is Illuminated.’

Taylor Hale painted ‘Later that Day,’ which can be seen at the Sotheby’s Gallery in Islamorada through Feb. 28.

‘Mother’ is Taylor Hale’s most recent painting, and made him think about family and parenting.

UPPER KEYS — Taylor Hale is a Florida Keys native who draws inspiration from a lifetime on the water in Key Largo. Hale earned a bachelor’s of fine arts degree from the Rhode Island School of Design in 2009, but if it wasn’t for a certain local high school experience, he may never have become an artist.

“During my junior year at Coral Shores, I was awarded a financial scholarship for a sculpture I made in art class that allowed me to attend a summer session at an art school.” Hale said. “If it wasn’t for that opportunity, and the encouragement I received at Coral Shores, I wouldn’t have pursued a career as a painter.”

The winning ceramic sculpture was a palm tree in the art deco style. His art teacher was Brenda Bush.

“Art was not on my radar,” he said. But, with the $2,000 in scholarship money, he attended the Ringling School of Art and Design in Sarasota for a summer session. After that, he decided art would be his future.

As a high school senior, Hale also had the opportunity to do an internship with John David Hawver of Islamorada, who is known for his large-scale artworks depicting sea and sky. But Hawver ventures into other natural subjects, such as mangroves, as the spirit moves him. The student learned how to cut mats and frame artworks.

“He was meticulous,” said Hale, “and it was the beginning of a friendship.”

“[Hawver] taught me how to stretch a canvas — and then gave it to me,” Hale said. The canvas measured about 4 by 6 feet. “[Hawver] said, ‘Always paint big.’”

Indeed, some of Hale’s work can cover a wall, such as a 7-by-12-foot oil painting of sea and sky named, “Everything is Illuminated.”

Taylor is driven by the sky’s constant transformations and seeks to create windows to connect to another world within each work. In each piece, he captures movement and stillness, familiarity and the unknown, peace and unrest.

Hawver has stayed in touch with Hale these past two decades.

“Taylor was interested in art and life. Because he liked my artwork, he inspired me,” Hawver said.

As to both of them painting the horizon, water and sky, Hawver said, “We both like the same imagery. We both use them as inspiration.”

While Hawver had a few interns after Hale, he said they did not pursue art as a career like Hale did. “He was very interested.”

As a Keys student, Hale also availed himself of free college classes at Florida Keys Community College offered at Coral Shores in the evenings. He still keeps in touch with some of the Keys artists who also attended those art classes, such as Susan Jankowski and Gloria Avner.

Hale knew he wanted to explore art schools outside the Keys. He had family in New Hampshire and loved the museums in Boston and New York City, which conveniently is near the Rhode Island School of Design. Now based out of St. Augustine where his brother lives, Hale produced portrait art after college graduation.

Artistic talent perhaps has been passed down to Hale, and certainly it helped that he grew up surrounded by paintings, he said. His great-great grandfather, Joseph Lindon Smith, is well-known “for his extraordinarily faithful and lively representations of antiquities, especially Egyptian tomb reliefs,” according to Wikipedia. Smith attended the Academie Julian in Paris and associated with other famous artists of the late 1880s to 1950.

Speaking of family, Hale met his wife, Kelly, at an art tent at the Rotary Gigantic Nautical Flea Market in 1990. More recently, “We rekindled our love at the Caribbean Club,” she said. That love has produced Florence, named after the Italian city, born Nov. 23, 2020.

It was family and thoughts about parenting that generated several recent paintings of mangroves, water and sky. One is named “Mother” because it made the artist think about how mangroves nurture marine life and birds. He named another mangrove painting “Descendant” because there is a larger mangrove beside a mangrove sprout. “It seemed like an older brother with a little sibling,” he said.

Hale invites viewers of his paintings to bring their unique perspectives to each piece and explore where the art takes them.

His work can be seen at the Roberto Russell Galleries at Ocean Sotheby’s International Realty, 81888 Overseas Highway, through the end of February. The Islamorada gallery is open from 10 a.m. to 4 p.m. weekdays. Weekend appointments are available by calling 305-712-8888. The gallery also intends to hold happy hour viewings Feb. 14-19 with wine and beer along with the adjacent Portside Gallery.

Hale also will showcase his art at the Feb. 18 Islamorada Art Walk, held in the evening on the third Thursday of the month near mile marker 81.5, oceanside.