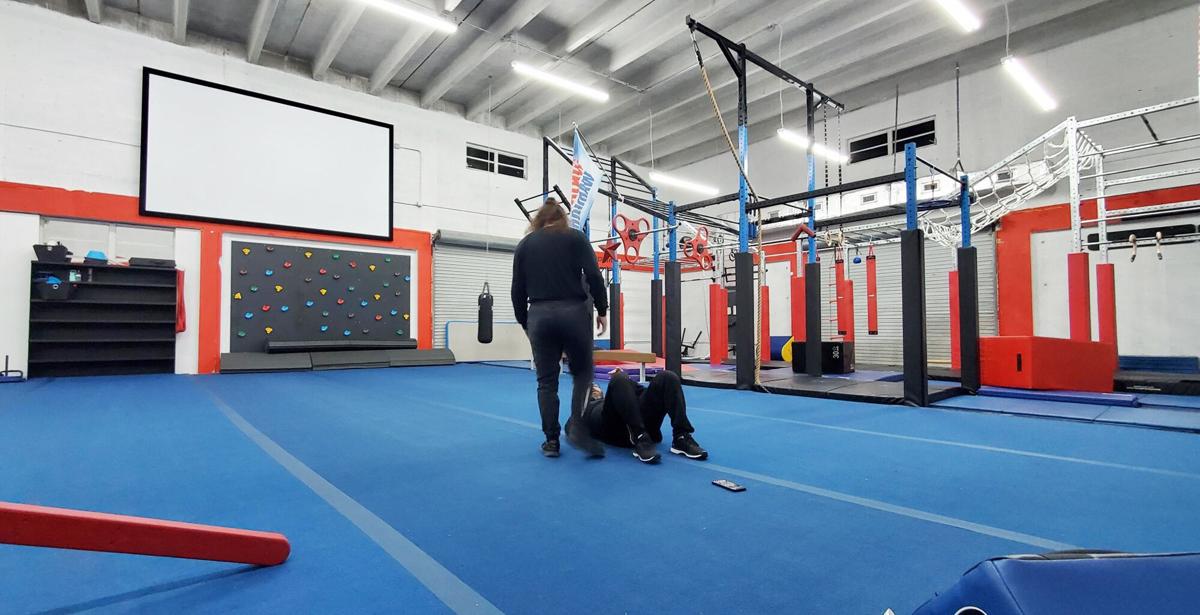 Anchor Fitness is now offering Tsang Soo Do for children and Krava Maga for adults at Rockstar Dance Studio near mile marker 102, oceanside. 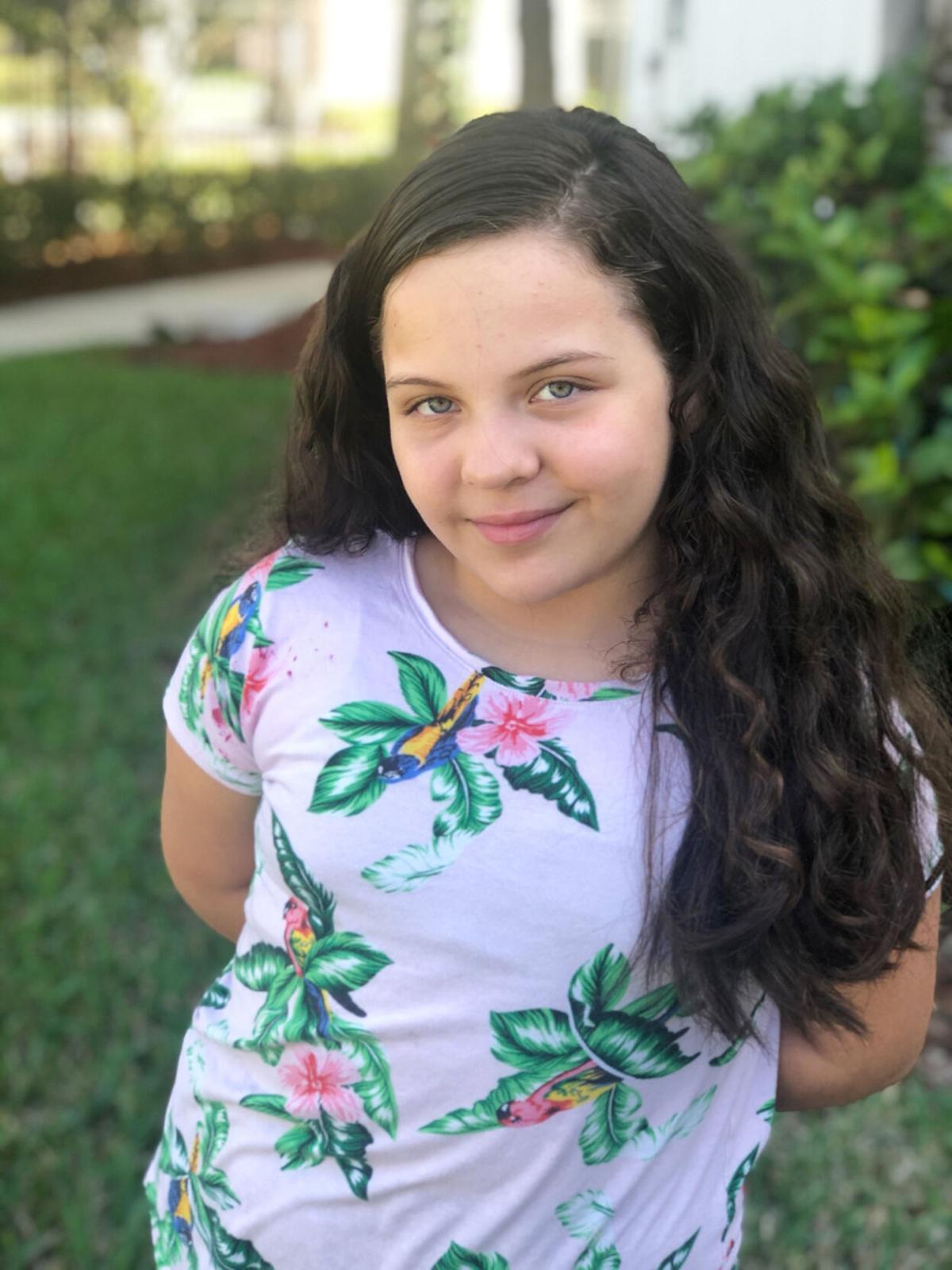 Nyla Zaiter, 12, is an Anchor Fitness student who has earned her junior black belt in Tsang Soo Do. 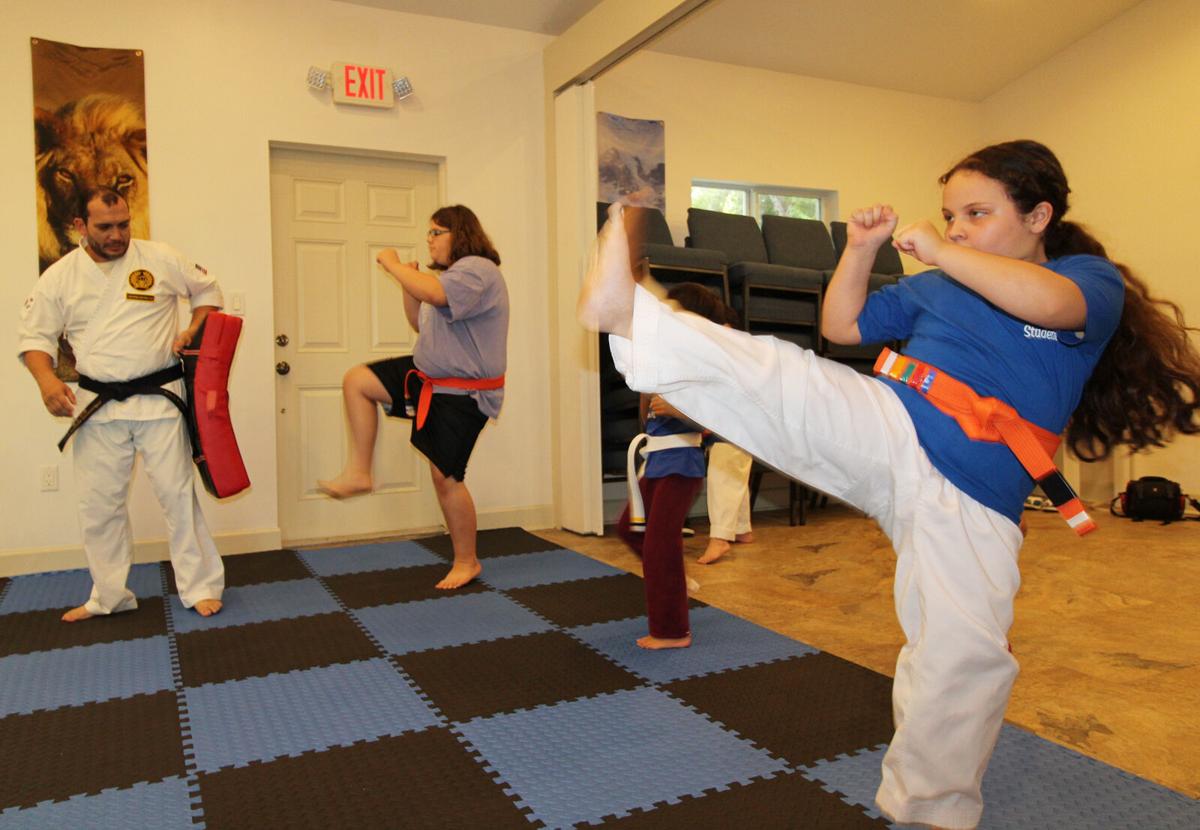 Eric Fisher leads one of his martial arts classes in August 2018 at jis previous dojang. In the foreground is Nyla Zaiter, who has since earned her junior black belt.

Anchor Fitness is now offering Tsang Soo Do for children and Krava Maga for adults at Rockstar Dance Studio near mile marker 102, oceanside.

Nyla Zaiter, 12, is an Anchor Fitness student who has earned her junior black belt in Tsang Soo Do.

Eric Fisher leads one of his martial arts classes in August 2018 at jis previous dojang. In the foreground is Nyla Zaiter, who has since earned her junior black belt.

KEY LARGO — Anchor Fitness students are getting a leg up the same way Tsang Soo Do Master Chuck Norris’ high kicked his way to fame. They are learning courage, honor and discipline while practicing high kicks as taught by Eric Fisher, the program’s sonsaeng, which is akin to a sensei in other martial arts.

“Tsang Soo Do is a Korean martial art based on self-defense and respect while borrowing techniques and principals from modern karate, according to Fisher.

In a brand-new dojang, or the Tsang Soo Do equivalent of a karate dojo, Fisher has expanded his classes and offerings.

A new, bigger space with towering ceilings and a padded floor allows for more students, both adult and children. The cooperative space at Rockstar Dance Studio, near mile marker 102, boasts an immense footprint.

Fisher is happy to teach again after taking a hiatus last year at the onset of the COVID-19 pandemic.

His first class offered last week drew seven students, some of whom have earned their junior black belts through his program, a years-long process.

“We’ve had two kids go through the junior black belt program. They learned the whole curriculum and they took the 2.5-hour test to be certified,” Fisher said.

Nyla Zaiter, 12, is one of his students who has earned her junior black belt.

“The classes just started up again, which she’s happy about,” said Nyla’s father, David Zaiter. “She was a little hesitant to get back into it, but she’s happy she went. She’s been practicing for four years now. Right before chaos hit last year, she passed her black belt test.”

Tsang Soo Do classes are usually 45 minutes to an hour long.

“We could take up to 20 in a class safely while socially distancing. There is so much room. We do take every precaution to protect against COVID and we are all conscious of our interactions with each other. We teach that,” Fisher said.

Fisher says he teaches young students to avoid conflict and, when necessary, deflect it.

“We teach quick deflective sequences,” he said. “We go over anti-bullying and we give kids language to use to defend themselves against bullying. We help them find their voice and learn how to deflect the situation.”

Fisher uses traditional Tsang Soo Do commands spoken in Korean. His students aren’t required to memorize them but through repetition, they often do.

Fisher has a background in childhood development and education. His martial arts program is structured with a curriculum based on achieving abilities and techniques.

It’s this structure and a reward system based on self-discipline and self-responsibility that has earned success for Fisher and his students.

“These kids have a lot of fun. We play a lot of games that are designed to reinforce what we are learning in class. It’s great for kids. It’s good for their mental health and it’s a chance for them to burn a lot of energy,” Fisher said.

On Thursday at 7 p.m., Fisher is now offering adults a class in Krav Maga, a military self-defense technique developed by the Israel Defense Forces. Classes are about an hour long.

“Krav Maga is high-cardio self-defense with simple yet aggressive tactics that anybody can learn,” Fisher said. “It’s not formal. There’s no bowing in or bowing out. It’s a straightforward self-defense class. There are no jump spinning kicks in that class. Adults can take the program as long as they want. It’s really good for fitness. It feels like cardio. You are going to feel the workout in addition to learning self-defense skills. I taught the class last night and I felt it when I woke up this morning.”

Fisher has been teaching Tsang Soo Do and Krav Maga for more than six years. His son Zach helps him in the classroom.

“I encourage adults who are often more reluctant to take a class or two before committing,” Fisher said. “Adults can sometimes be standoffish, but this is a really good time as a part of your fitness journey, especially if you hate cardio like I do. This is a great class. If you are going to do cardio, you may as well learn some skills in the process. It’s a lot of fun to punch and kick stuff. It releases a lot of tension.

“As they commit, the class dynamic becomes a fun group. We push each other and encourage each other to be better. I really look forward to that class every week.”

Students need comfortable clothes that they can run, jump and roll around in and worn-in sneakers. Monthly enrollment is $80.

To enroll in the Warriors Club or the adult Krav Maga, contact Eric or Janeen Fisher by visiting anchorkeylargo.com or email anchorkeylargo@gmail.com.