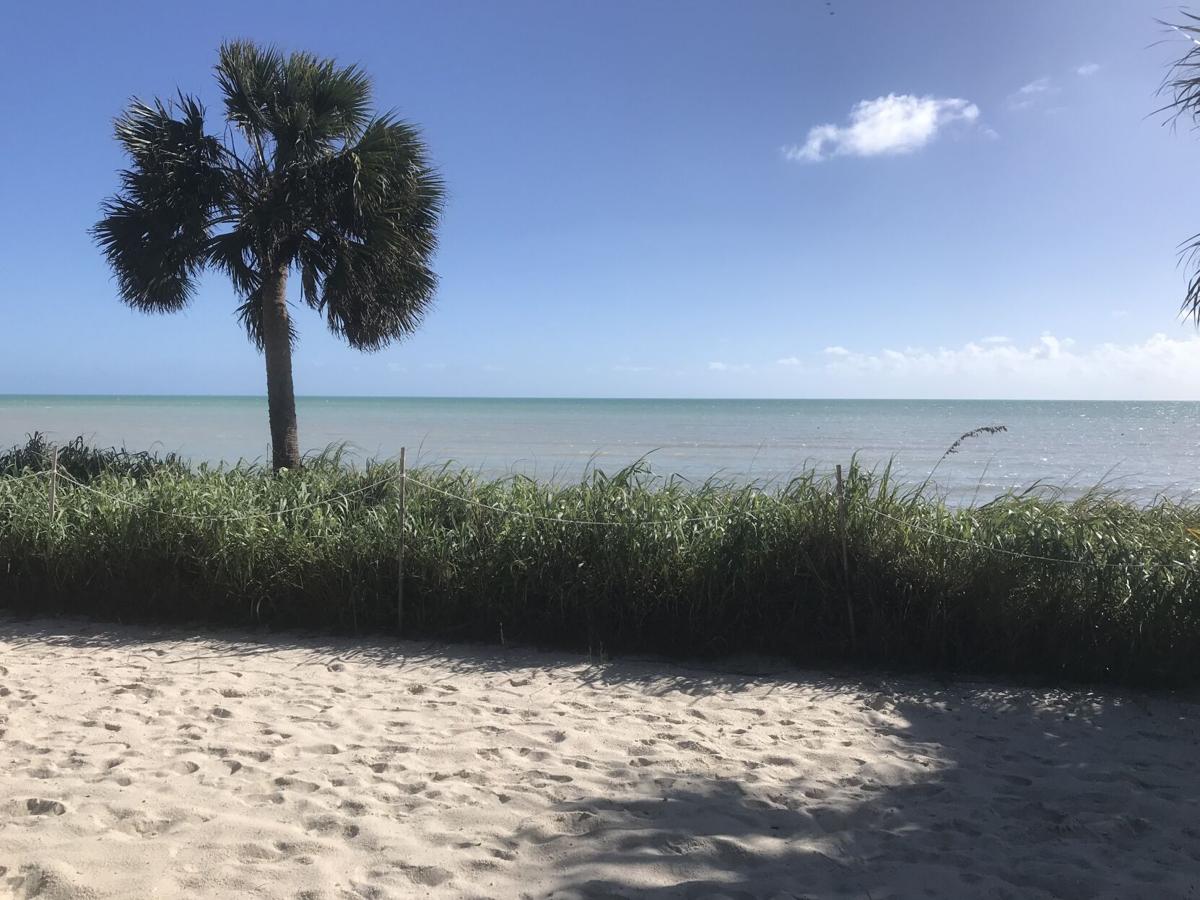 The round canopy identifies a sabal palm on the beach. 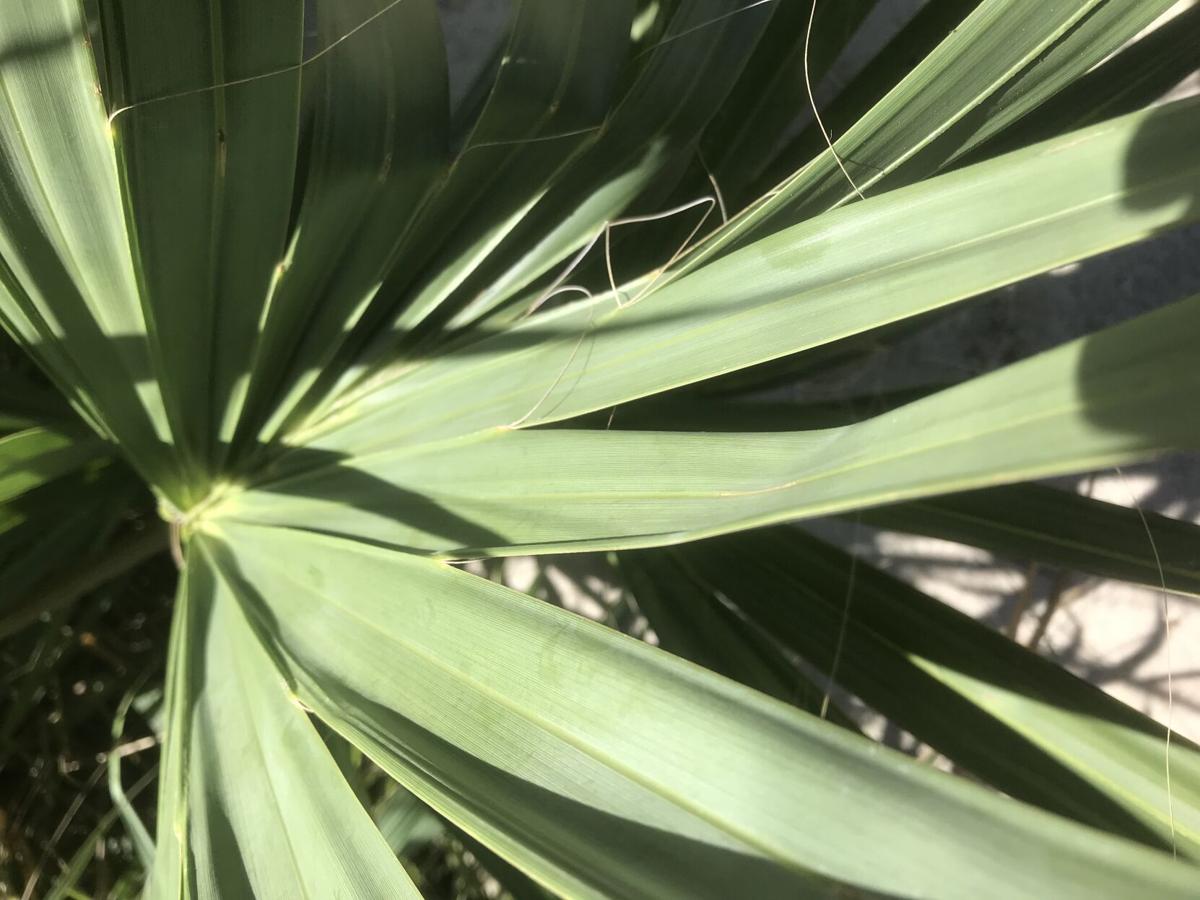 The round canopy identifies a sabal palm on the beach.

It is not difficult to identify palm trees because of their unique growth patterns. I am going to give you a few tricks and some vocabulary that will make you sound erudite as they trip off of your tongue.

The non-native coconut palm, or Cocos nucifera, are usually planted in a straight line, not scattered like nature would do it. An example is driving into Key West on U.S. 1. Sound the words out and practice saying the Latin name until it rolls into a conversation without hesitation. Don’t worry about pronouncing this dead language. No one knows.

The word “cocos” is from the Portuguese meaning ape. The nuts have a face that looks like an ape. The fronds float down in airy feathers. They have a central spine with a hundred leaflets emerging on both sides.

The Florida thatch palm is Coccothrinax tadiata. Thrinax (Greek) means trident and refers to the sharp points on its fronds that radiate from a central point. This type of circular leaf is called palmate because it looks like a stretched out palm with fingers emerging from the center. It is common in the Keys.

The state palm of Florida is the sabal palmetto or cabbage palm. Look for a round ball form. The ball contains feather-like fronds that are doing an agile child’s backbend. Once you have identified it, it’s backbend is obvious.

I have one last extremely rare palm, the seashore palm, or Allagoptera arenaria, pronounced a-lah-gopp-ter-ah ah-ren-nare-e-yah. Practice! When plants were developing 80 million years ago, this palm was the first in the world to grow at the edge of the salty ocean in Brazil. It has shrubby, wide pinnate leaflets, no discernible trunk and a foot long petiole. The trunk is mostly underground and is reportedly shaped like a saxophone. Many ancient plants grow large root systems, like the coontie or the cardboard palm. Plants can get their entire green leaves eaten or destroyed and emerge immediately with new growth. Those are good survival techniques for a plant that can’t move around to escape predators.

It attains 9 feet in height and 15 feet in width. The Key West Garden Club at West Martello Tower has one growing on the top of the hill next to the fence, near the white gazebo. It is to the seaside of the path.

The short, dense leaves are grown in groups of three, each facing a different direction, all helter-skelter. They are green on top and silver on the bottom. Its name comes from the Greek and means “change,” referring to the silver and green displayed in a sea breeze. The second name is Latin and means “growing in the sand.” It was small when I bought it in a pot, but it soon outgrew my balcony. It now lives seaside, just inside the sea oat barrier. Allagoptera is happy in his sandy, alkaline, salty new home. No fertilizer is needed.

The palm is propagated by wind. Conveniently, both male and female flowers exist on the same plant. The easiest propagation for gardeners is from runners.

The book “Betrock’s Palms” by Alan W. Meerow, Ph.D., of the University of Florida, is an excellent place to go for information on palms.