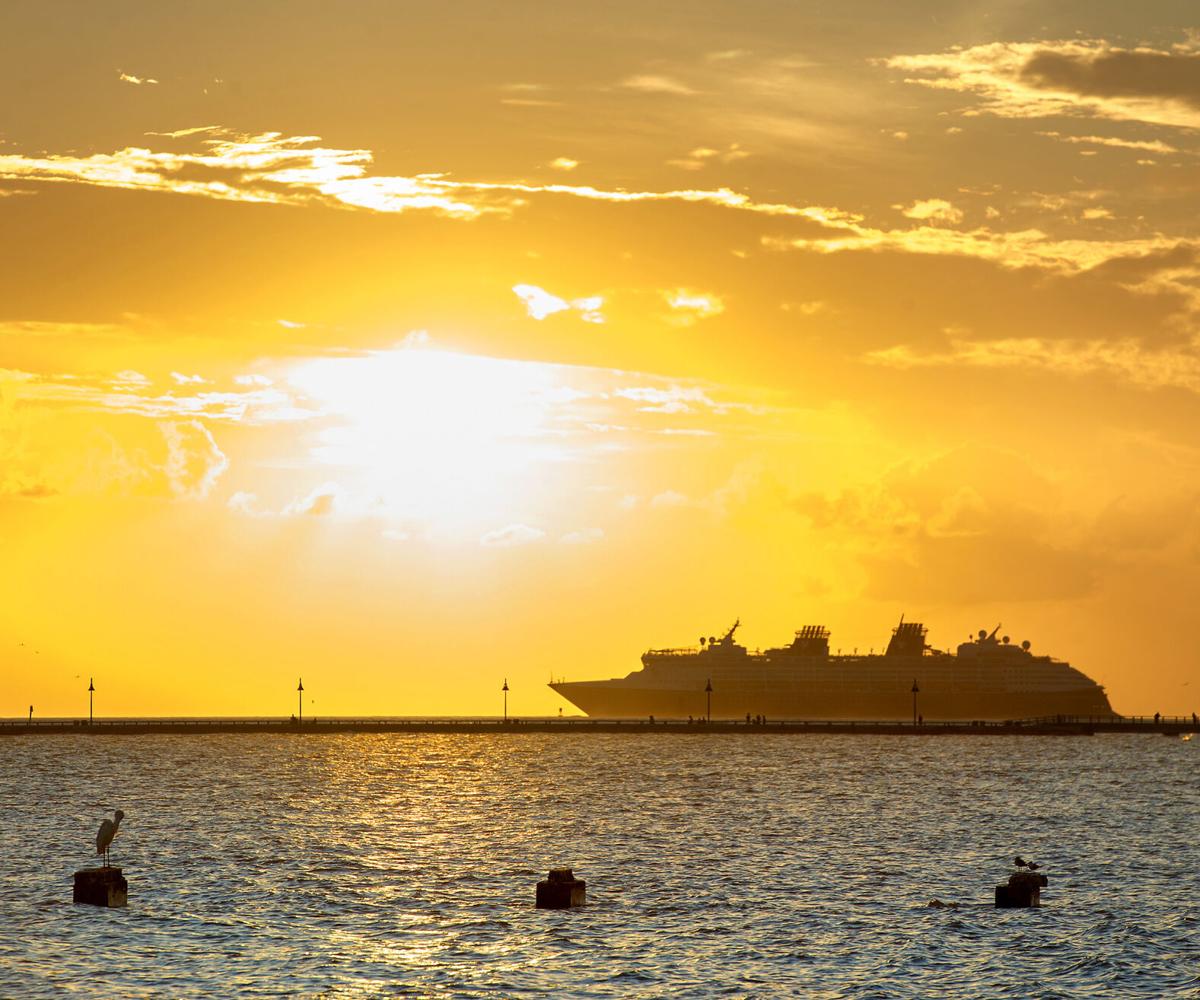 A bill that would preempt last November’s vote by Key West resident approving limitations on the size of cruise ships coming into the city and the number of passengers failed to make it out of the House of Representatives on Tuesday, effectively killing the measure for the legislative session, which ends Friday, April 30. 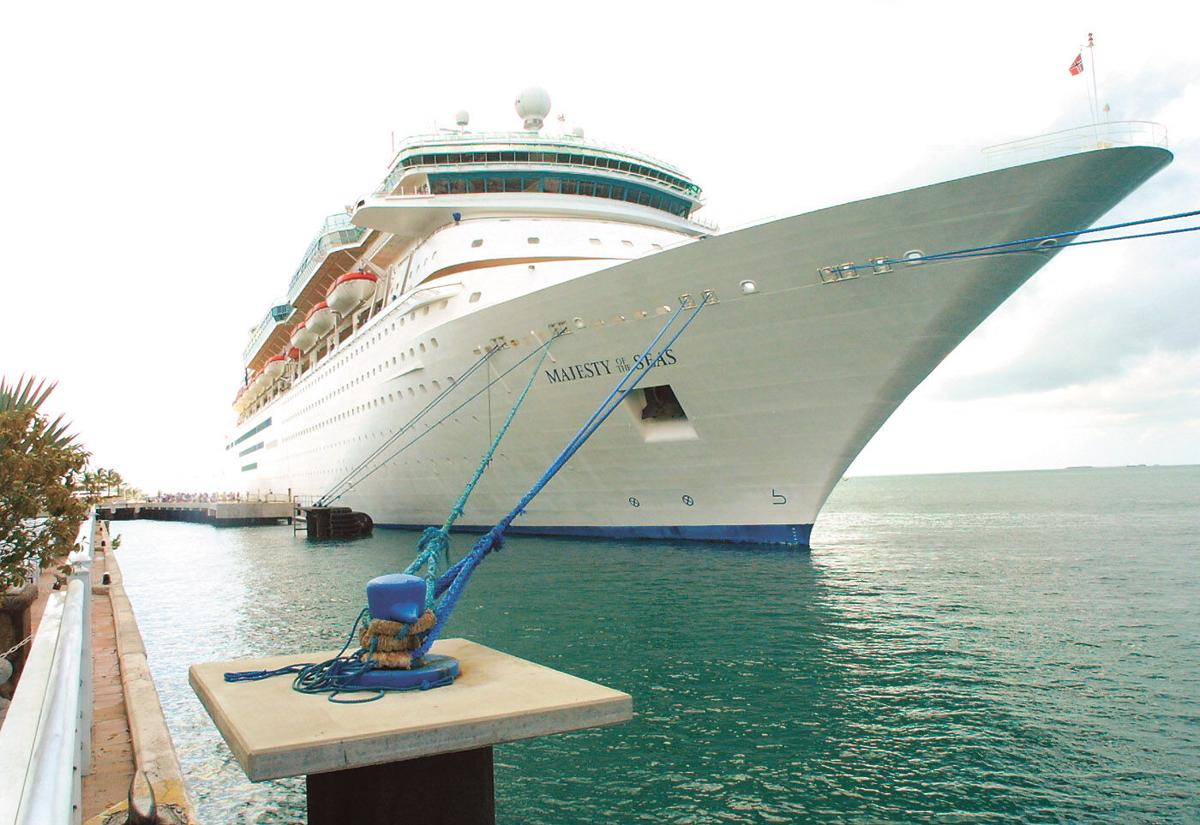 Royal Caribbean’s Majesty of the Seas cruise ship, seen here at Pier B, carries 2,774 passengers and a crew of 912.

A bill that would preempt last November’s vote by Key West resident approving limitations on the size of cruise ships coming into the city and the number of passengers failed to make it out of the House of Representatives on Tuesday, effectively killing the measure for the legislative session, which ends Friday, April 30.

Royal Caribbean’s Majesty of the Seas cruise ship, seen here at Pier B, carries 2,774 passengers and a crew of 912.

In a stunning turn-around, a state bill designed to overturn a Key West referendum limiting the size of cruise ships and their passenger count may have died Tuesday after the bill was amended to include all Florida seaports.

Just hours before the bill was slated for a last legislative floor vote before going to Gov. Ron DeSantis for final consideration, the bill’s sponsor, Rep. Spencer Roach, R-Lee County, added an amendment that gave the state control of cruise ships in all 15 deep water seaports in Florida. The previous bill iteration gave the state control only in Key West and would have overturned the results of the city’s referendum last November when cruise ship size restrictions were overwhelmingly approved by voters.

Because the amended bill would now apply to all seaports in Florida, it began losing support from state legislators, according to lobbyists in Tallahassee. Key West Mayor Teri Johnston said she had been receiving similar reports from Tallahassee all morning.

“Any appearance of pay-to-play, it’s not good,” said Josh Aubuchon, a lobbyist for the Key West Committee for Safer, Cleaner Ships, the non-profit organization that spearheaded the campaign to pass cruise ship size restrictions.

Aubuchon said that while the amended bill could still come up for a vote in the state House of Representatives, it is unlikely that will happen between now and Friday, when the 2021 legislative session ends.

“They have a very, very step uphill battle if this will be heard,” he said, referring to the bill’s sponsors.

The bill, which had already passed in the state Senate and was expected to pass easily in the House before going to the governor, was in trouble beginning Monday, when it was pulled off the House agenda and temporarily postponed. Rep. Roach said Monday there were some “legislative issues” that needed to be fixed before a vote. Roach then made the head-turning amendment Tuesday morning.

Aubuchon said there had been a growing awareness among state legislators that the bill might be unconstitutional since it put special restrictions on Key West and none of the other 14 seaports in the state. Officials from each of the port cities had argued strenuously against the bill when it was initially introduced. However, as amendments whittling down the bill to impact only Key West were added, those objections fell away.

“They kept cutting and cutting until it applied only to Key West,” Aubuchon said about the changing bill. “This [Roach amendment] just brings every single port into it. That’s cities, counties, special districts, independent special districts; everybody.”

Lobbying against the proposed bill had also ramped up over the past week. The Florida Keys National Sanctuary Advisory Council held an emergency meeting Tuesday morning so members could vote on a resolution opposing the proposed cruise ship legislation. The council voted unanimously to oppose the House and Senate companion bills, stating they undermine home rule and voter-approved referenda dealing with an environmental issue in the Florida Keys.

“The FKNMS has previously reported that there is evidence of a turbidity problem related to the movements of large vessels in the Sanctuary, and that large vessel-generated turbidity is an added stressor to natural systems above and beyond the background and storm event turbidity impacts,” the Sanctuary Advisory Council resolution stated.

The resolution will be sent to the headquarters of the Offices of National Marine Sanctuaries for review before being sent to Gov. Ron DeSantis and legislators.

If the bill does not receive a vote in the House by Friday, the companion bill in the Senate will also die. Mayor Johnston said that would give Key West officials time to consider tweaking the new cruise ship restrictions in order to head off similar efforts that might come up again in next year’s state legislative session. Currently, the city charter limits cruise ship size to a maximum of 1,300 passengers and crew and daily passenger and crew disembarkations are capped at 1,500 per day. Cruise lines with the best environmental records will also receive priority for docking privileges.

“I want it to die quietly and see what we can do so we’re not in the same situation in the next legislative session,” Johnston said Tuesday. “That will give us time to have full discussions on where we go next.”

John Wells, chairman of Caribe Nautical Services, whose four harbor pilots help the giant ships safely move in and out of the harbor, said city officials never held public meetings and discussions with opponents of the cruise ship-limiting regulations prior to the November election. He singled out Johnston, saying she showed a lack of leadership and allowed a political action group — Safer, Cleaner Ships — to write the change to the city charter.

Wells said that while cruise lines have booked 287 port calls in Key West in 2022, only 18 of those bookings are for ships that would meet the new size restrictions.

“Ninety-four percent of the ships are over the new size limits so they won’t be allowed to come,” Wells said about the 2022 reservations, adding that his company will be “destroyed” if the ship regulation are allowed to stand. The smaller ships would be unlikely to need harbor pilot assistance.

The above story from Wednesday’s Key West Citizen, should have stated that the Key West harbor pilots are a private association regulated by the state. All cruise ships, regardless of size, require pilots aboard as they enter a port. The Citizen regrets the error.