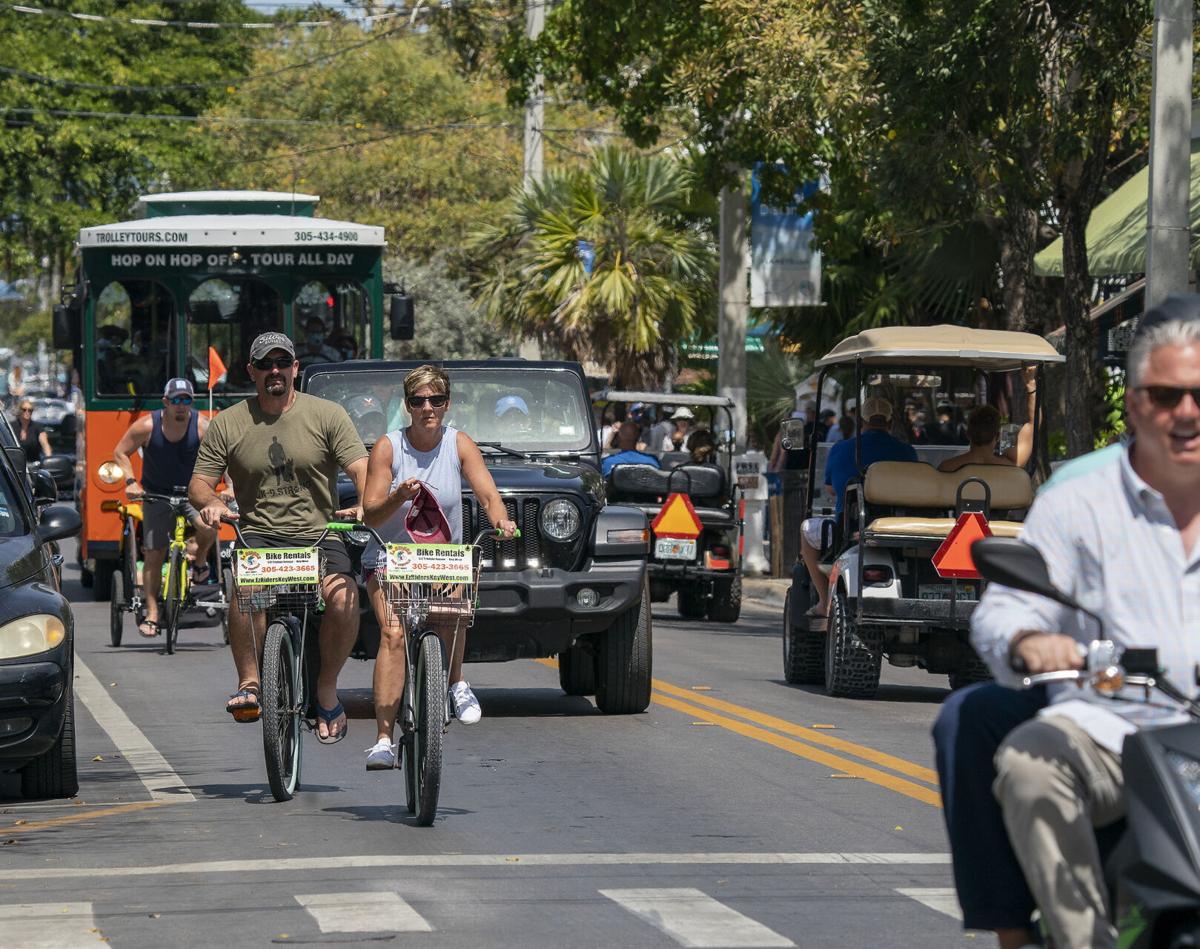 The consulting firm hired to ‘Reimagine Duval Street,’ KCI Technologies, was fired at Wednesday night’s city commission meeting after it was learned the company had laid off its entire Planning Department. 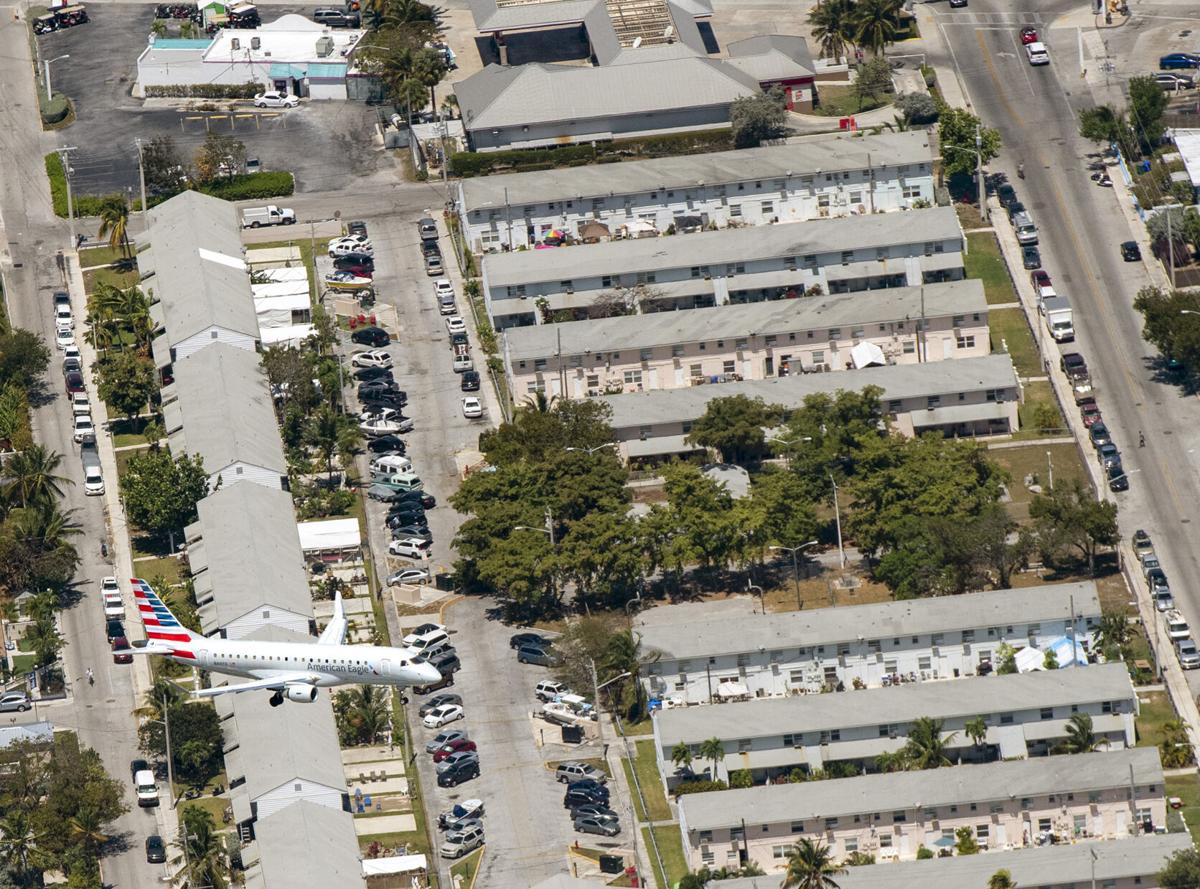 George Allen Apartments, located on First Street, near the intersection of North Roosevelt Boulevard and Palm Avenue, received a near-failing grade during a recent audit. 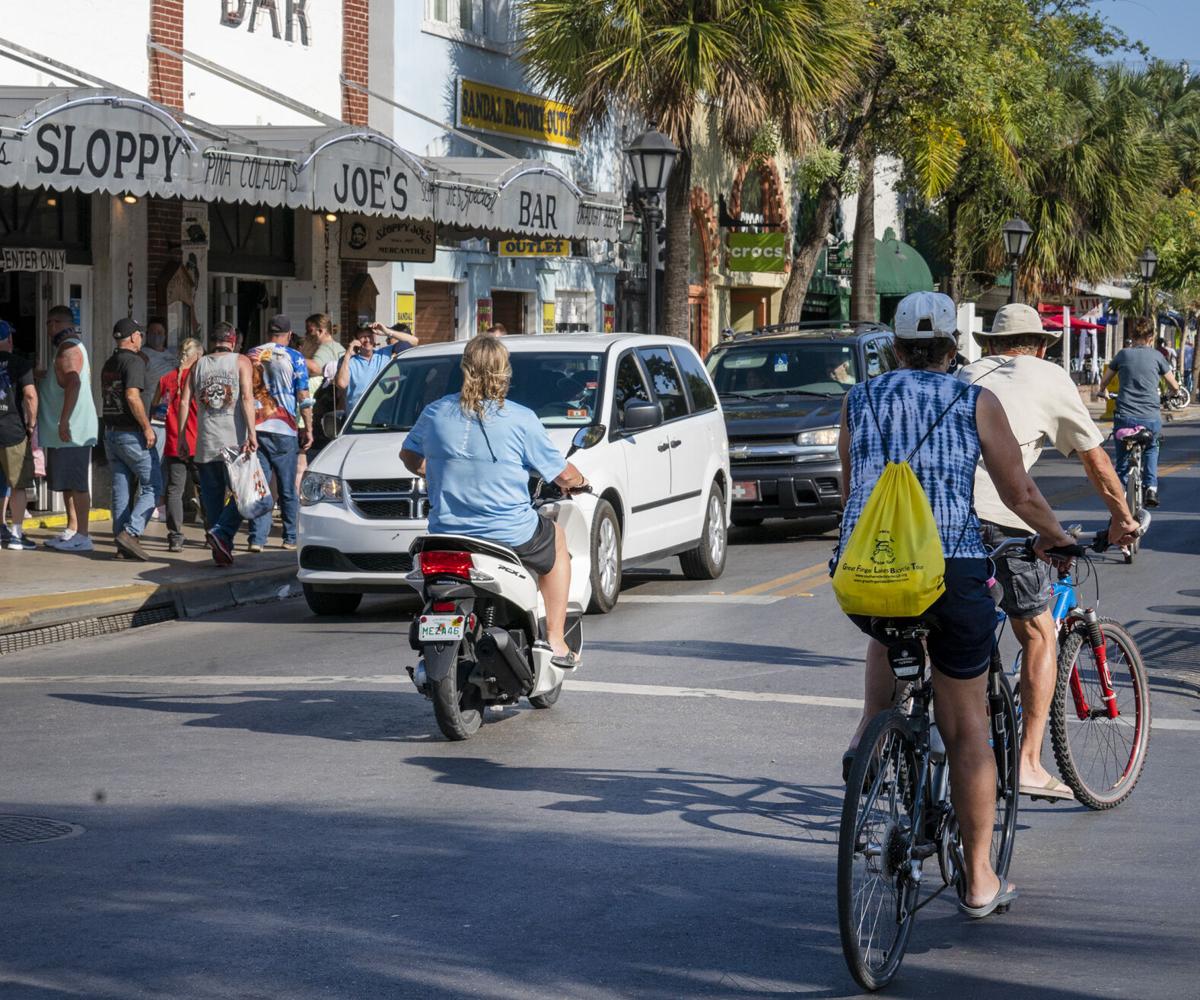 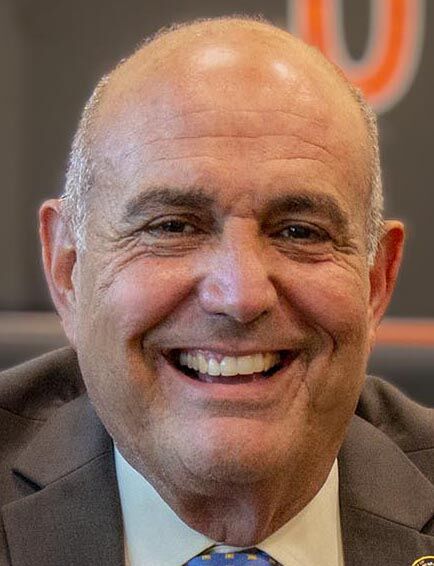 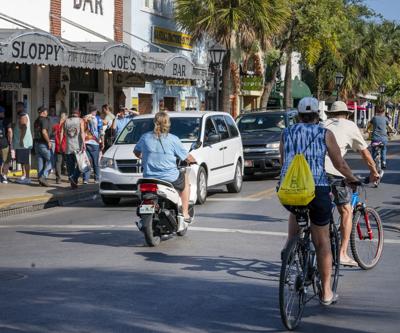 The consulting firm hired to ‘Reimagine Duval Street,’ KCI Technologies, was fired at Wednesday night’s city commission meeting after it was learned the company had laid off its entire Planning Department.

George Allen Apartments, located on First Street, near the intersection of North Roosevelt Boulevard and Palm Avenue, received a near-failing grade during a recent audit.

Key West City Commissioners made up for lost time at their rescheduled meeting Wednesday, taking action on several controversial issues including voting not to add two members to the Key West Housing Authority.

The attempt to add two members to the long-time, five-member Key West Housing Authority board of commissioners was defeated by a 5-2 vote, with Mayor Johnston and Commissioner Sam Kaufman voting to expand the board. The majority of the 20 speakers at the meeting also wanted to add two new members. In addition to poor conditions at some of the KWHA-managed low-income housing complexes in Key West, a new KWHA senior citizen housing facility teetering on bankruptcy and three of the commissioners between the ages of 89 and 97, several speakers referred to the February housing authority board meeting where Kaufman requested the name of the Porter Place Apartments be changed because it was named after J.Y. Porter, a senior member of the Ku Klux Klan in the 1920s. KWHA commissioners angrily refused Kaufman’s request. Resident Tom Malone called the housing commissioners “arrogant,” referring to KWHA Commissioner Chairman Frank Toppino’s statement, “Let’s move on to something more important” and walking out of the meeting after Kaufman spoke.

“They serve the public,” Malone said about the housing commissioners. “I think they’ve lost sight of that.”

But a majority of city commissioners said they saw no reason to add members to the KWHA board, discarding some speakers’ pleas that the invaluable knowledge of the long-time commissioners needed to be passed down to younger volunteers. KWHA Commissioner Roosevelt Sands Jr., 90, has been on the board for 56 years, Toppino, 97, for 30 years and Vice-Chairman Robert Dean, 89, for 44 years.

Some commissioners pointed to the recent hiring of Peter Batty Sr. as KWHA outreach coordinator, saying they hoped he would help make the KWHA board more transparent to city officials and housing authority residents. And Commissioner Jimmy Weekley said one reason some KWHA apartment complexes are in bad shape is because the federal government has not given the authority enough money to make repairs.

“One hundred thirty-four years of experience. That says a lot about their commitment to this community,” Weekley said about the combined time the three longest-serving commissioners have contributed.

The KWHA annual budget is approximately $22 million to service 1,333 units of low-income housing in the city plus other units spread throughout Monroe County. One of the housing complexes, George Allen Apartments on First Street, was recently rated a 62 — two points above failure — in a housing audit, Kaufman said.

Johnson said that if the board was not expanded, she would have no choice — the mayor is the only official who can appoint commissioners to the board — but to consider not reappointing three KWHA commissioners when their terms expire in the next two years.

“They [KWHA commissioners] are doing a very good job. Can we do a better job? Yes. I don’t think anyone is proud of the conditions at places like Porter Place and George Allen,” she said.

In other action, city commissioners voted 5-2 to accept a counteroffer from City Manager Veliz over the payout of unused vacation and sick hours he had requested. Veliz resigned last month to take a position at the Florida Keys Aqueduct Authority and says he has more than 1,400 hours of unused paid time, including 440 hours above a contractual cap on those hours. All city employees, including the city manager, can request a payout for a maximum of 720 hours for sick leave and 240 hours for vacation time when they retire or resign.

Under the contract, the city is on the hook to pay Veliz $121,142 for the maximum capped hours he has accumulated. The extra 440 hours above the caps would total $38,073. That was concerning to Johnston, who pointed out there are 77 other city employees who are over the hourly caps and if they all had to be paid out, would cost the city approximately $1 million.

“We have a policy,” she said, referring to city requirements that vacation time be used, not continually rolled over. “This is outside the scope of how we treat every other employee in the City of Key West.”

Veliz had met with Johnston earlier and offered to cut in half the 440 hours above the cap, reducing that portion of his payout to approximately $19,000 at his currently hourly wage of $86. Commissioners voted 5-2 to accept his offer.

They also agreed that the city manager’s last day will be April 16, even though his contract could require him to stay until June 4, a 90-day notice. Assistant City Manager Patti McLauchlin was unanimously approved to take over as the interim city manager while a search gets underway for potential candidates. Commissioners approved spending up to $20,000 on the executive search.

KCI Technologies, the Fort Lauderdale-based engineering firm hired in October to oversee an overhaul of Duval Street, was effectively fired at Wednesday’s meeting. City officials learned recently that the project manager and KCI’s entire Planning Department was laid off one week after the firm won the Duval contract, gutting the executive team promised to commissioners. The city attorney said work had not begun on the project and KCI was currently negotiating its initial task order, requesting a first payment of $1.5 million.

“We do not have a task order. [KCI] has gone back and forth with the city and price has been the main thing on that issue,” Smith said. “There is a provision within that contract that allows termination and you will see that at your next [April 13] meeting.”

KCI officials were at Wednesday’s meetings to answer any questions from commissioners. There were none.

As a result of the proposed contract termination, the city will now have to go out again with a request for qualifications from consulting firms to lead the revitalization project. Six companies responded to the first RFQ last year. KCI and Stantec Engineering Services had been selected as the two finalists.