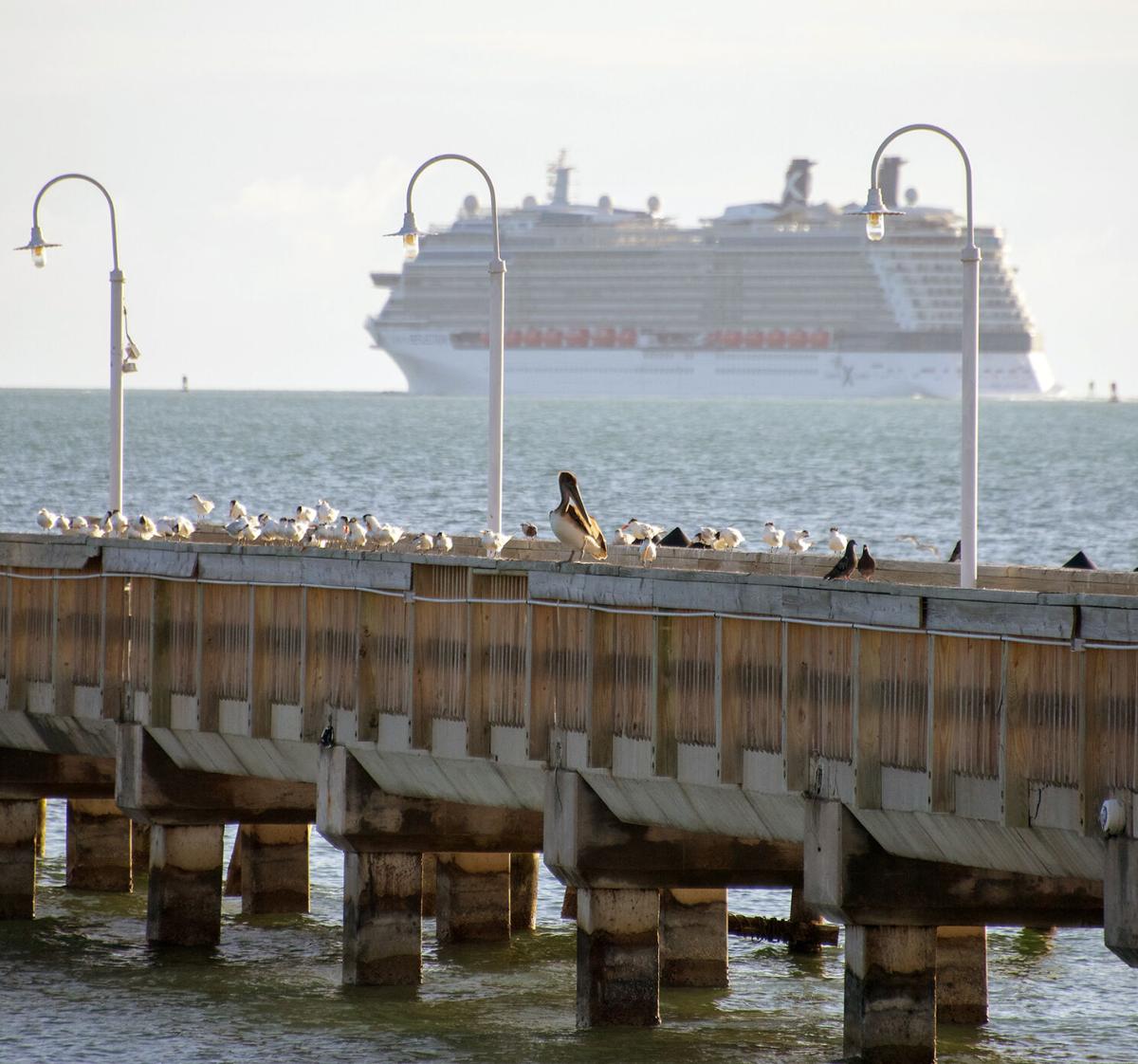 State Sen. Jim Boyd (R-Bradenton) is working to reverse the several referenda passed by the citizens of Key West to limit the size and number of cruise ships visiting the island.

The Norwegian Sun, which can carry some 1900 passengers, passes the Edward B. Knight Pier in this image from 2018. A proposed bill aims to reverse the several referenda passed by the citizens of Key West to limit the size and number of cruise ships visiting the island.

State Sen. Jim Boyd (R-Bradenton) is working to reverse the several referenda passed by the citizens of Key West to limit the size and number of cruise ships visiting the island.

The Norwegian Sun, which can carry some 1900 passengers, passes the Edward B. Knight Pier in this image from 2018. A proposed bill aims to reverse the several referenda passed by the citizens of Key West to limit the size and number of cruise ships visiting the island.

Key West City officials begin gearing up Wednesday for a new fight over their ability to regulate cruise ships.

City Attorney Shawn Smith told the Key West City Commission at Tuesday night’s meeting that a new bill had just been introduced in the state Senate that would eliminate the city’s ability to regulate its own ports, giving that authority solely to the state. If the bill, SB 426 and a companion bill in the state House of Representatives — which has not been introduced yet but is expected — were to pass, the three local referendums restricting cruise ship size and frequency that passed overwhelmingly in Key West in November would be reversed.

SB 426 was introduced by freshmen state Sen. Jim Boyd, a Bradenton Republican who was elected in November, having previously served in the state House of Representatives from 2010-2018. Sen. Boyd represents District 71 on the Gulf side of the state. He was just appointed to the Senate Appropriations Subcommittee on Transportation, Tourism and Economic Development.

Boyd did not respond to calls for comment from The Key West Citizen by press time.

“It deals pretty much directly with how our referendums are worded,” he said.

Indeed, one part of the four-page proposed bill SB 426 states a local government may not restrict or regulate seaport commerce, including a vessel’s type or size, or the number or nationality of its passengers. All such matters are expressly pre-empted to the state.

The three referenda in Key West put limits on the number of ships allowed to dock each day, the number of passengers and crew each ship carries and gives preference to cruise lines with the best environmental records.

“The economic impact of a seaport extends far beyond the boundaries of the local jurisdiction in which the port is located, materially contributing to the economies of multiple cities and counties within the region and to the economy of the state as a whole,” the proposed bill reads. “Allowing each local government in which a Florida seaport is located to impose its own requirements on the maritime commerce conducted in that port could reasonably be expected to suppress such commerce and potentially drive it out of the port and out of the state in search of a more consistent and predictable operating environment, thus disrupting Florida’s economy and threatening the public’s health, safety, and welfare.”

Key West Mayor Teri Johnston said the city’s next step is to contact its lobbyists to find out the legislative path the bill could take and how to fight it. Veliz said that while the specific Senate bill was unexpected, the pushback against the referenda was not.

“We’re dealing with a huge industry,” he said, referring to the domestic cruise line business. The state cruise and cargo industry contributed $117.6 billion in economic value to the state, accounting for approximately 13% of Florida’s gross domestic product and $4.2 billion in state and local taxes.

A Dec. 10 story in the Miami Herald traced the money that secretly funded much of the anti-referenda effort in Key West to several cruise lines, including Royal Caribbean, Carnival Cruises and MSC Cruises, as well as a lobbying arm associated with Cruise Line International Association, a cruise industry trade group.

The Key West Committee for Safer, Cleaner Ships, which wrote and campaigned for the three cruise referenda, said Wednesday that the “dark money cruise industry is at it again.”

“Having failed in the courts and at the polls, cruise lines are now on the verge of success as lavishly-funded lobbying efforts have produced draft legislation in the uppermost halls of State power,” according to the Safer, Cleaner Ships press release. “Make no mistake: this bill is written by and for foreign-owned cruise companies who exploit local community resources to maximize offshore profits.”

Two lawsuits to stop the new cruise ship regulations were previously filed by Pier B Development Corporation, which owns the only privately-owned cruise berth in Key West. Judges in both suits ruled against Pier B, and the company was expected to appeal the federal case after the referenda passed in November. However, no updates to that case have been filed, possibly indicating Pier B is waiting to see the outcome of SB 426 before moving ahead. The two-month Florida state session begins in March and it is possible SB 426 could pass both state houses in that timeframe.

Veliz said that while fighting the cruise industry in court would be difficult, given the industry’s resources, fighting on the legislative level is different, with the city having a better shot at convincing state legislators not to back state control of local ports. The playing field would be more level in the statehouse, he said.

However, Key West has not had much luck winning Tallahassee over in its effort to preserve local control, called “home rule,” of its regulations and ordinances. In February 2019, city commissioners passed a resolution banning the local sale of sunscreens containing specific ingredients thought to damage coral reefs. The ban would have begun in January 2021.

A representative from the sunscreen industry attended one of the commission meetings asking the proposed regulation not be passed. One year after the city’s approval, however, in March 2020, Florida state legislators passed a bill preventing local governments from regulating any over-the-counter drugs or cosmetics.

That bill, too, was first introduced in the state Senate. As a result, the damaging sunscreen products are still sold in the city, which depends on the health of its coral reefs to support the local tourism industry. Local and county efforts to protect coral reefs, fish populations and limit vacation rentals have also come under fire from some state legislators.

“It tumbles down to home rule;” said Johnston, “an assault on local communities being able to create their own legislation in their own community.”

“We have a unique set of circumstances down here,” added Veliz. “Probably everybody thinks that but we really do. Every time we get painted with a broad brush, that’s detrimental to the community.”