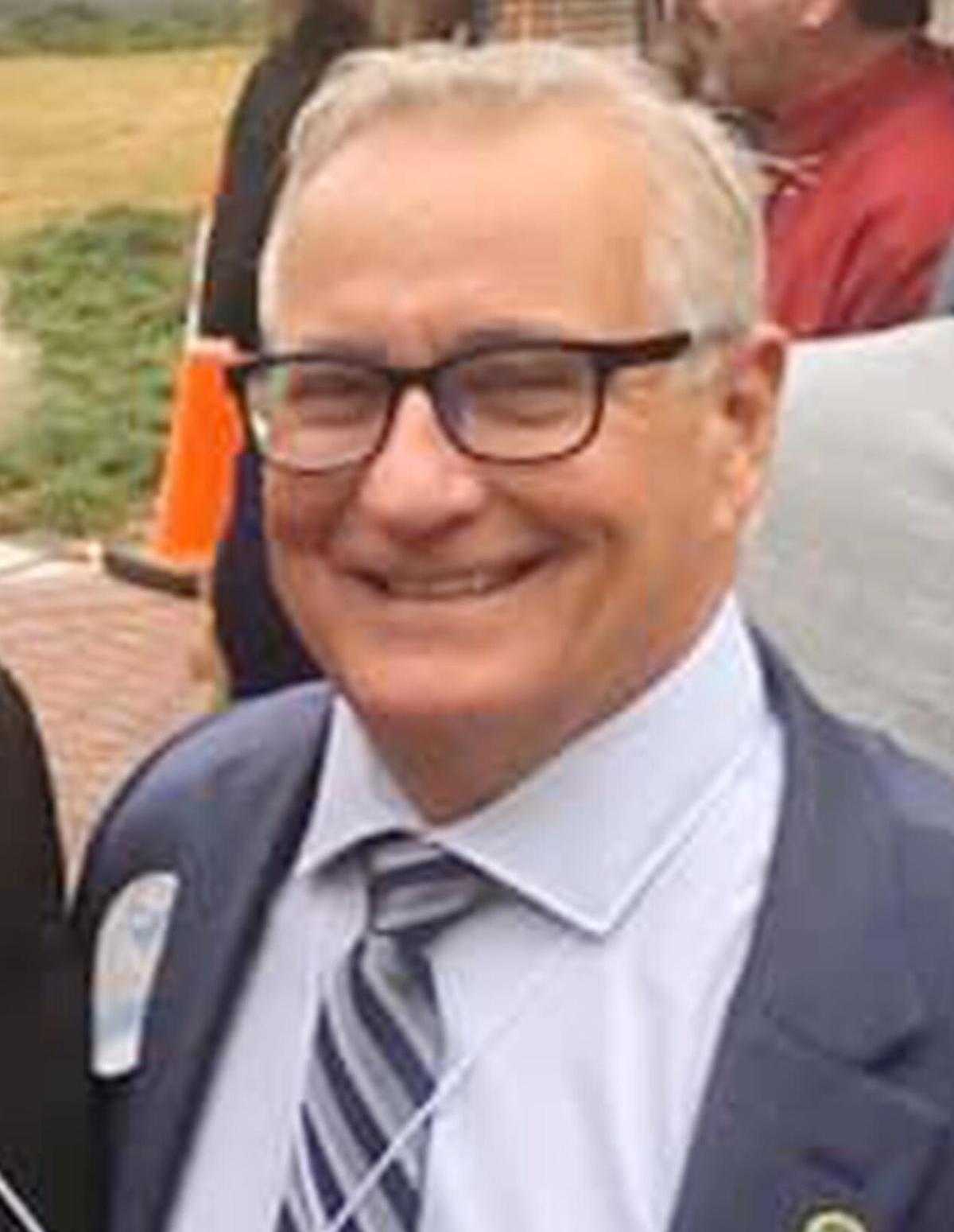 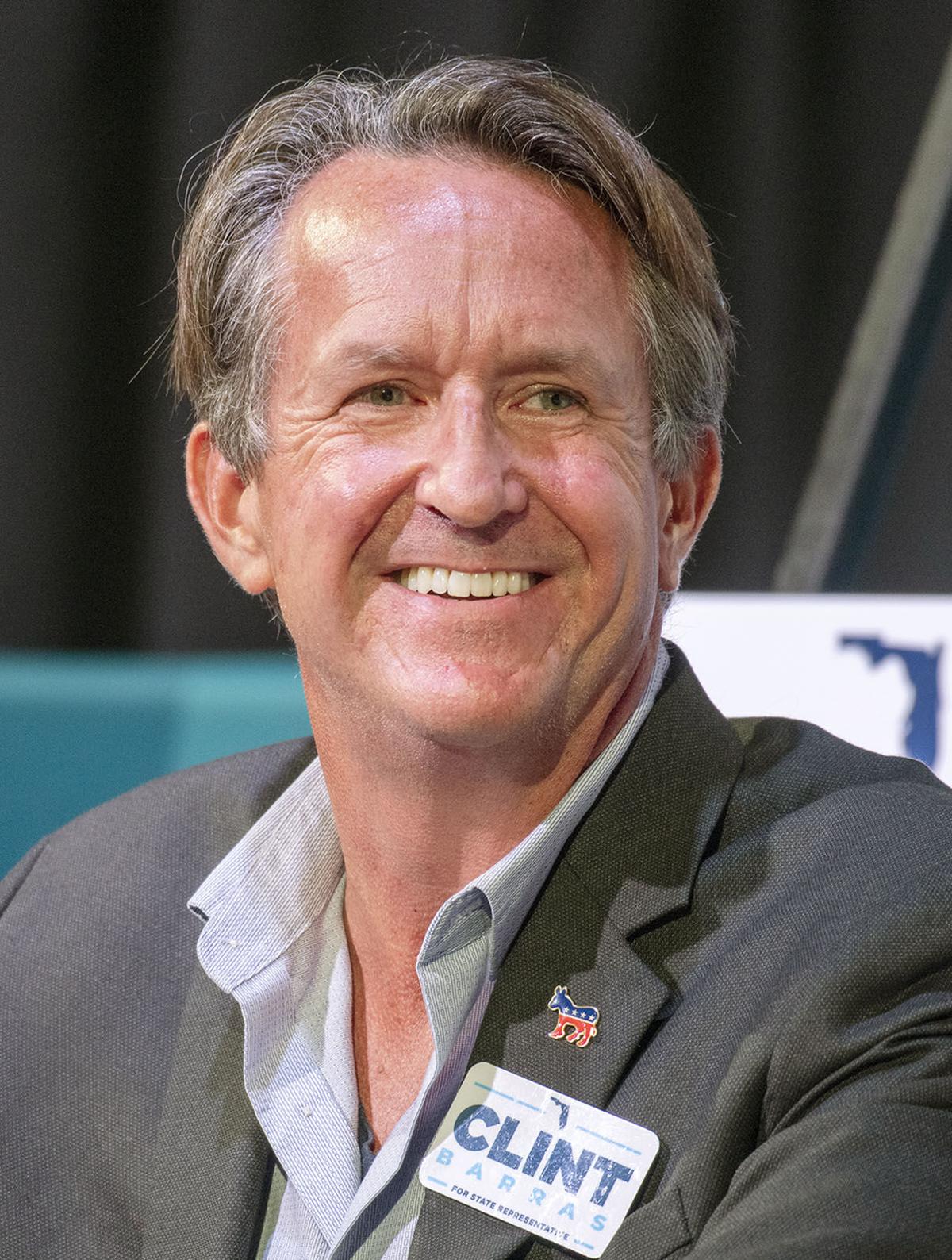 The differences between the Republican and Democrat candidates running for state House of Representatives District 120 seat might not be as drastic as voters might think, especially given the current political climate.

The choice in this race for some might just come down to political party preference or personal relationship.

Republican candidate Jim Mooney and Democrat opponent Clinton Barras are both vying for the chance to represent the Keys in the state House of Representatives, as current state Rep. Holly Raschein, R-Key Largo, has reached her term limit.

Mooney has the upper hand when it comes to experience, as he has served four terms on the Islamorada Village Council, serving as mayor during some of those terms.

Barras is a political newcomer and has not served in any elected position. He has been on the Florida Keys National Marine Sanctuary Advisory Council, serving as chair of that board in his last year.

The winner has several pressing issues he will have to face, including bringing much needed funding for water quality and sea level rise projects, which could cost billions of dollars during the next 10 to 20 years.

The two have found common ground on such controversial issues as gun rules, home rule and state preemption legislation and the need for tweaking the state’s unemployment system. But they differ on how well the governor handled the COVID-19 pandemic in Florida, which could be weighing heavy on the minds of voters this election.

“It’s absurd how the Republicans have completely refused to follow science, just like with climate change,” Barras said. “People will die because the governor is refusing to take medical advice. He has allowed it to become a partisan issue.”

He also criticized the governor and the Republican party for the problems with people trying to apply online for unemployment benefits during the pandemic, and how many were unable or delayed weeks by the online application system being overloaded and unable to meet the demand.

Barras cited news articles that had even top-level state Republicans admitting former Republican Gov. Rick Scott intentionally set up the system to be difficult to keep people from enrolling.

Mooney admits the governor’s actions were not perfect but the pandemic was an unprecedented event and the governor did better as time went on, he said.

Mooney and Barras agreed that DeSantis should have continued the agreement with the federal government to extend the extra $600 per-week per-person benefit. Also, they agreed that the state needs to revamp benefits in the future and look at increasing the amount it pays unemployed workers, they said.

Barras and Mooney also found common ground on another issue that Democrats and Republicans have vastly differed on in the past — gun laws. They agreed that a law that allows people to openly carry guns in public and in within 1,000 feet of school should be changed, at least to prohibit open carry of a gun within 1,000 feet of a school.

Last month, a Key West man openly carrying a handgun modified to look like an assault rifle, walked down Truman Avenue and White Street and to the Edward B. Knight Pier to reportedly fish. The man passed within several feet of two schools. State law allows such open carry if a person is transiting to and from a fishing or hunting excursion.

Barras said the state rule allowing Weaver to carry the gun near two schools did not give him “a sense of security,” he said. Barras, who grew up with guns and supports responsible ownership, called for “sensible gun reform.”

“No one wants to take people’s guns away, but there has to be sensible way to have gun control,” Barras said.

Mooney was “appalled” by Weaver’s actions and said “it is not acceptable.” Mooney called the state law that allows such behavior as “archaic.” Such open-carry activities should be allowed in rural settings where hunting is conducted.

“This was not what the Second Amendment was meant for,” Mooney said of Key West incident. “I think this needs to be addressed.”

Mooney and Barras also agreed the next Keys state representative needs to do more to bring more funding for mental health services for children and possibly have the state help fund a Baker Act facility or unit for children in the Keys. Currently, the Keys does not have a Baker Act facility for people under the age of 18. Children who been taken into custody under the Baker Act are currently sent to Miami-Dade or Broward County.

Mooney called Monroe County a “donor county” when it comes to bringing sales tax to the state budget. Mental health services for children would be one of the first expenses he would ask the state to return some of that sales tax money back for, he said.

“The system is set up so people don’t get the care they need until after they commit a crime and that’s really unfortunate,” Barras said. “I would like to invest across the state more into mental health care. As the parent of two adolescent daughters, I can just imagine how heartbreaking that would be if one of my children had to be shipped up to Miami-Dade to a facility because there wasn’t anything closer by. Absolutely I would try to secure funding for something of that nature.”

The two differ on their reasons for running.

Barras is running because he is frustrated and disappointed at the government on a state level and how it is being run by special interest groups and their lobbyists, he said.

“I don’t think that this is in the best interest of the people,” Barras said. “If not me, then who? And if not now, then when,” he said of running for office.

Mooney wanted to continue the good work Rep. Raschein has done in bringing down millions of dollars in water quality funds, he said. Mooney has been endorsed by Raschein.

“I don’t want Holly’s efforts to get lost in transition,” Mooney said. “As a freshman, I don’t plan to just stand in the back of the room. ... The county needs someone in Tallahassee who knows the issues. This place has been good to me and my family and I want to make it a better place. I’m the best qualified guy.”

The two will face off in the Nov. 3 general election. Early voting starts Monday, Oct. 19.