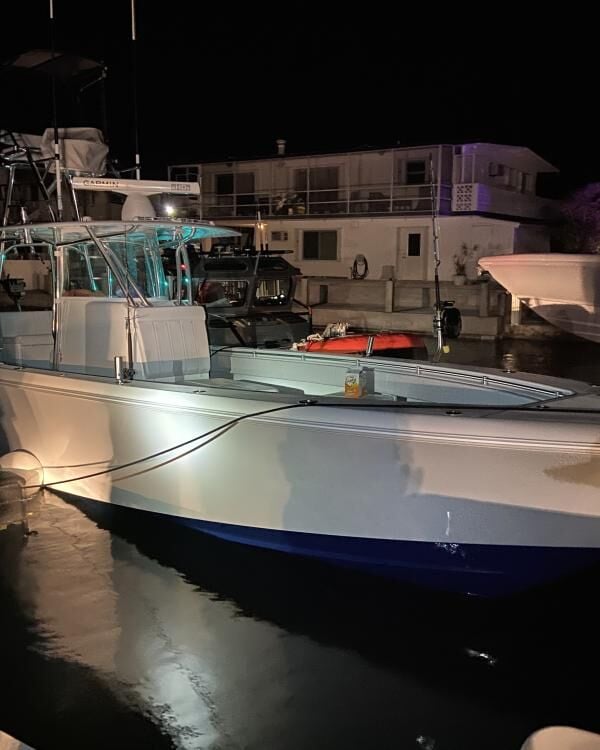 An Islamorada man sold his 39-foot Contender fishing vessel, Bodacious, to pay for a new boat for the Bahamian military as part of a plea agreement for illegally fishing Cay Sal Bank. 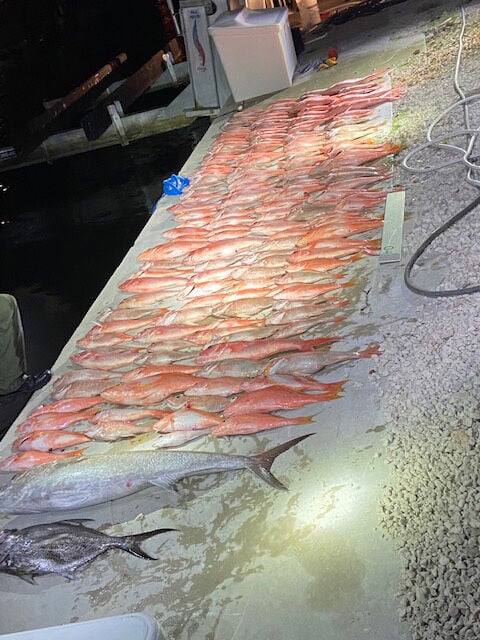 Henry Danzig was caught with more than 100 illegally taken fish, some of which are pictured here.

An Islamorada man sold his 39-foot Contender fishing vessel, Bodacious, to pay for a new boat for the Bahamian military as part of a plea agreement for illegally fishing Cay Sal Bank.

Henry Danzig was caught with more than 100 illegally taken fish, some of which are pictured here.

Islamorada recreational fisherman and restaurant owner Henry Danzig has purchased a roughly $200,000 new boat for the Bahama military as part of a plea agreement for illegally fishing that country’s waters in May 2020.

Danzig, who is part owner of the City Hall Cafe in Islamorada, was caught by the U.S. Coast Guard on his way back to Islamorada from illegally fishing a remote area of the Bahamas called Cay Sal Bank. Keys anglers fishing around Cay Sal Bank is not uncommon.

Danzig had to purchase a 2021 30-foot Contender center-console vessel with twin 250 horsepower engines as part of his plea agreement. The vessel will be used by the Royal Bahamas Defence Force for law enforcement purposes such as patrols for looking people violating fishing rules.

Federal prosecutor Thomas Watt-Fitzgerald had also asked 60 to 90 days in jail as well, but the judge on Thursday sentenced Danzig to a year of probation.

“It is not acceptable,” said Casey Oravetz, assistant special agent in charge with NOAA’s Office of Law Enforcement. “The Bahamas is a sovereign nation. We would in uproar if they were fishing in our waters.”

Danzig and his crew of four, who were not charged, were in possession of 167 reef fish weighing roughly 500 pounds, which is eight times the legal limit, Watts-Fitzgerald said.

“It’s not OK to poach fish from another country’s waters,” Watts-Fitzgerald said during Danzig’s sentencing hearing.

Danzig and four other individuals were intercepted by the U.S. Coast Guard outside of Tavernier in May 2020 while returning from Bahamian waters, according to NOAA. The Coast Guard escorted the vessel back to Danzig’s waterfront home.

They harvested the 167 fish in Bahamian waters without a valid Bahamian sportfishing license, and without first clearing Bahamian Customs, according to NOAA. Even if Danzig had followed the rules, his catch was still nearly eight times over the legal Bahamian bag limit. The Coast Guard seized and transferred custody of the fish to NOAA’s Office of Law Enforcement, which conducted the investigation. Special agents later seized two GPS units from Danzig’s 39-foot Contender fishing vessel named “Bodacious.”

Danzig was charged with, and pleaded guilty to, trafficking 529 pounds of illegally harvested fish from the Bahamas back to the United States. Danzig’s plea agreement outlined a restitution payment to The Bahamas in the form of a new 2021 30-foot Contender vessel, according to NOAA.

“This case is a double win for The Bahamas and the United States,” Chargé d’affaires Usha E. Pitts, U.S. Embassy in The Bahamas, said in a prepared statement on Thursday. “Not only did our two countries collaborate to confiscate fish harvested illegally, the case resulted in the transfer of a brand new vessel that the Royal Bahamas Defence Force can use to prevent illegal, unreported and unregulated fishing in the future. We will continue to work with our Bahamian partners to promote responsibility and accountability in Bahamian waters by all fishing vessels.”

This kind of violation is not uncommon.

“Many fishermen from the United States choose to fish in Bahamian waters due to its close proximity,” said Manny Antonaras, assistant director of NOAA’s Office of Law Enforcement, Southeast Division. “We want to make sure that they do so legally.”