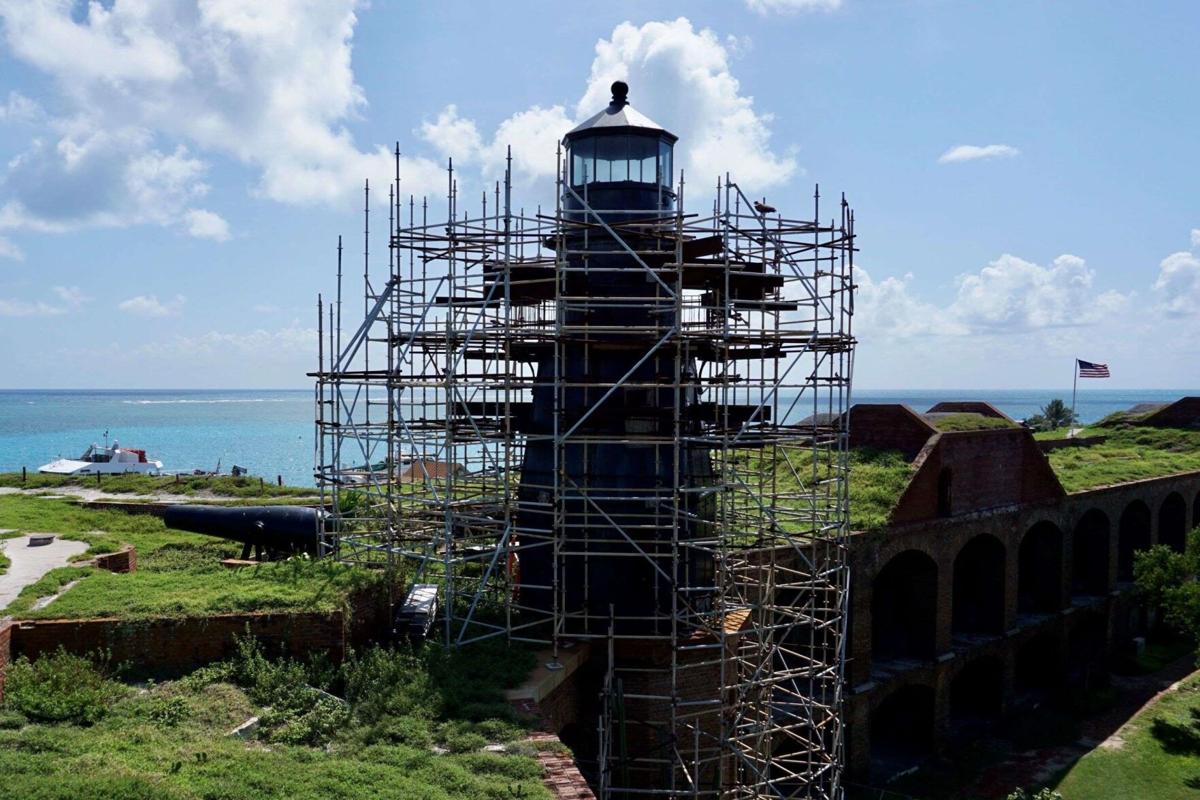 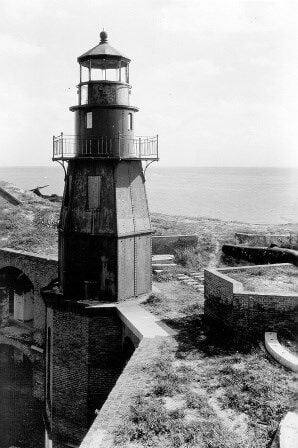 The iron-plated lighthouse, formerly known as Garden Key Lighthouse, has been exposed to the elements and the effects of salty ocean air since its construction in 1876.

The iron-plated lighthouse, formerly known as Garden Key Lighthouse, has been exposed to the elements and the effects of salty ocean air since its construction in 1876.

The 144-year old Tortugas Harbor Lighthouse on historic Fort Jefferson is about to get a facelift.

Dry Tortugas National Park kicked off the $4.5 million project this month to restore and preserve the deteriorating lighthouse for the next 100-plus years.

“The Tortugas Harbor Lighthouse is an iconic symbol of Dry Tortugas National Park. While partial repairs to the lighthouse have occurred over the past 40 years, it has never received this kind of comprehensive preservation,” South Florida Parks and Preserve Superintendent Pedro Ramos said. “The National Park Service is committed to preserving this important piece of our American story.”

The iron-plated lighthouse has been exposed to the elements and the effects of salty ocean air since its construction in 1876. Over time, the iron has corroded, leading to significant deterioration in many areas particularly around its base, Dry Tortugas Park Manager Glenn Simpson said.

“The Preserve Tortugas Harbor Lighthouse project will use money generated from park entrance fees to ensure that future generations will be able to experience this part of our national heritage,” Simpson said. “The National Park Service has overseen decades of various repairs, including stabilizing and strengthening, and we’re excited to finally see this comprehensive restoration work being done.”

The three-phase Preserve Tortugas Harbor Lighthouse Project is expected to take about a year and visitors will be able to watch the first phase over the coming month.

A restoration crew from Stone and Lime, Inc. of Massachusetts will first disassemble the 37-foot iron lighthouse structure piece-by-piece and transport the components from Garden Key to mainland Florida by ship, Simpson said.

Metal conservation and repair of the lighthouse structure will then commence at the conservation facilities of subcontractor Robinson Iron in Alexander City, Alabama.

Finally, reassembly of the lighthouse will take place in its original location at the Civil War-era fort. Subcontractor Jablonski Building Conservation will oversee the historic preservation requirements of the project.

Fort Jefferson, located at the meeting point of the Atlantic Ocean, the Gulf of Mexico and the Caribbean Sea, is one of the largest brick structures in the Western Hemisphere and has a rich maritime heritage.

The shallow sand banks and coral reefs have made navigation aids, like the fort’s lighthouse, critical for safe passage around the islands before the advent of GPS. Even so, many ships succumbed to the tricky waters and contributed to the large concentration of shipwrecks in the park. Although deactivated in 1921, the Tortugas Harbor Lighthouse and other historical aids to navigation are important to telling the histories of places like Dry Tortugas National Park.

People can learn more about the Tortugas Harbor Lighthouse at www.nps.gov/drto/learn/historyculture/lighthouses.htm.