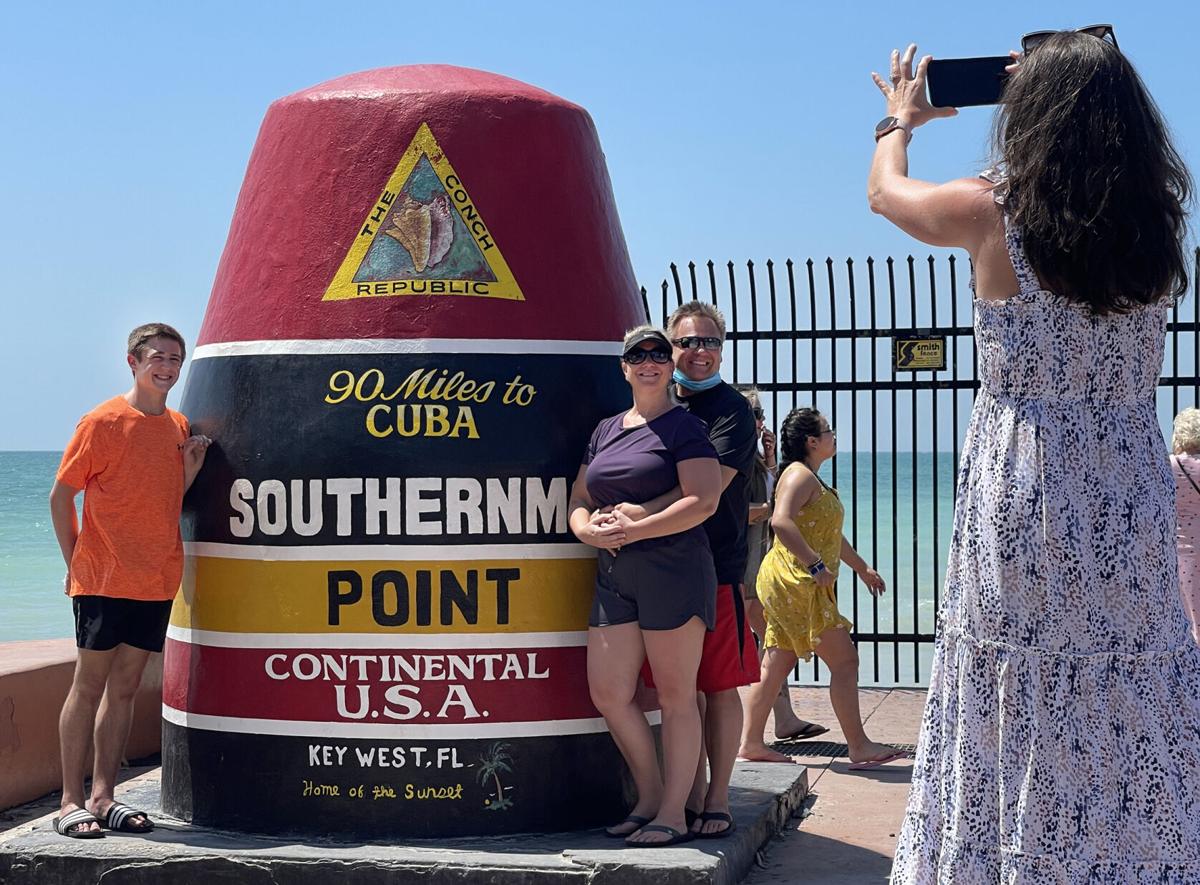 Mask-less visitors are photographed at the Southernmost Point Wednesday afternoon. 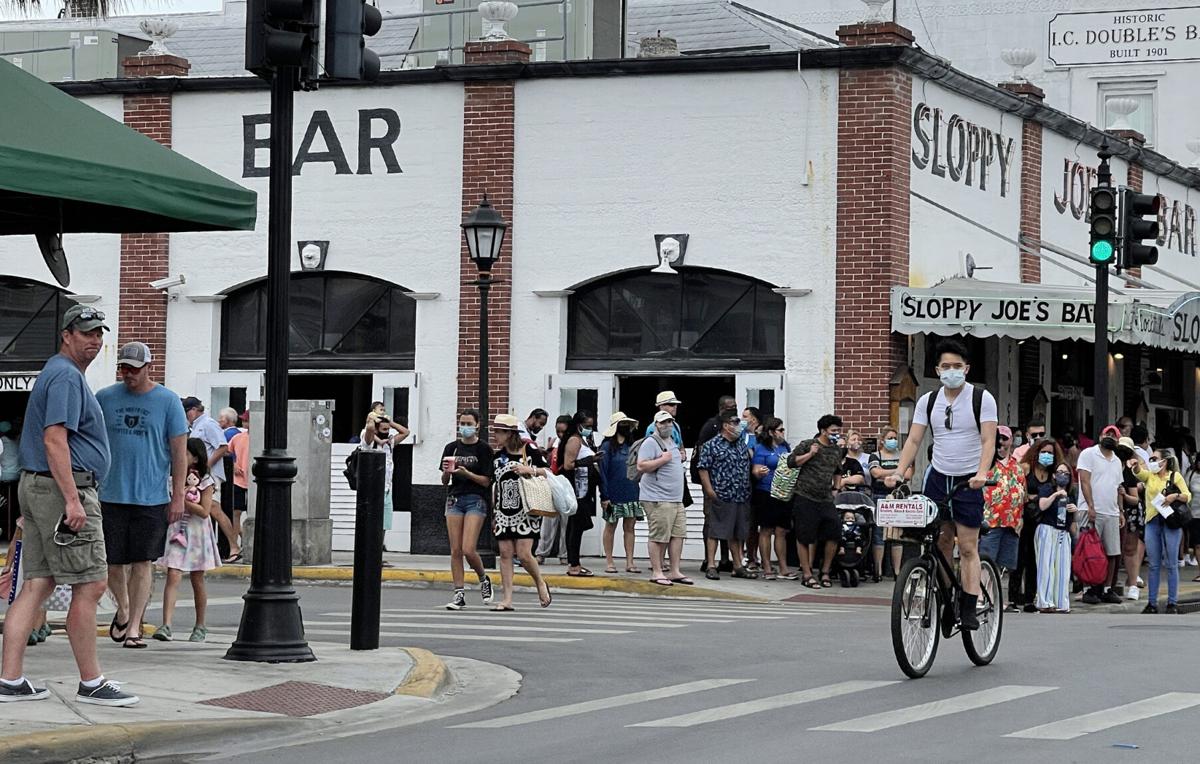 Mask use is ‘hit or miss’ lately on Duval Street. 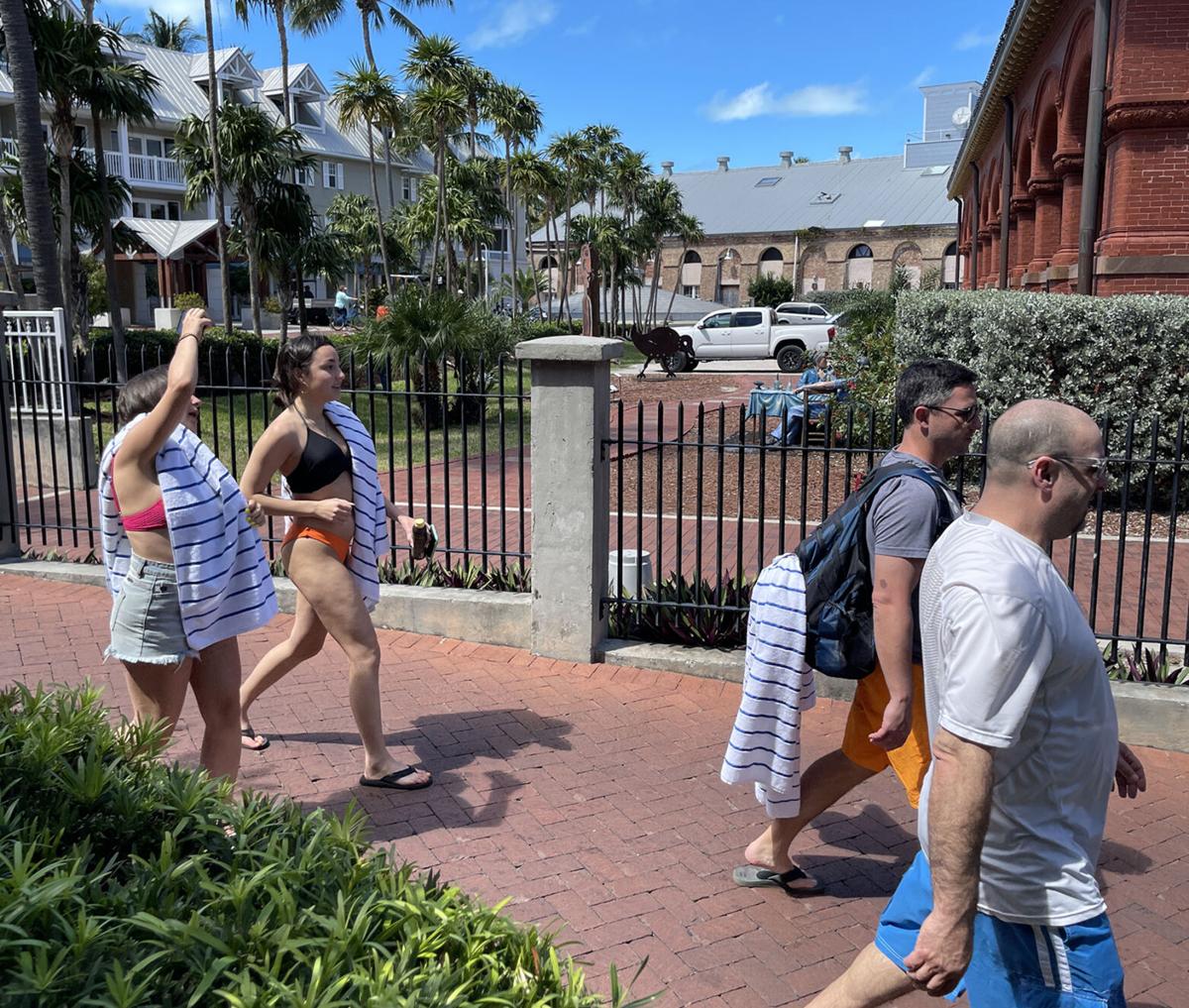 Despite a city-wide ordinance, many pedestrians are ignoring the mask mandate put in place to slow the spread of COVID-19. 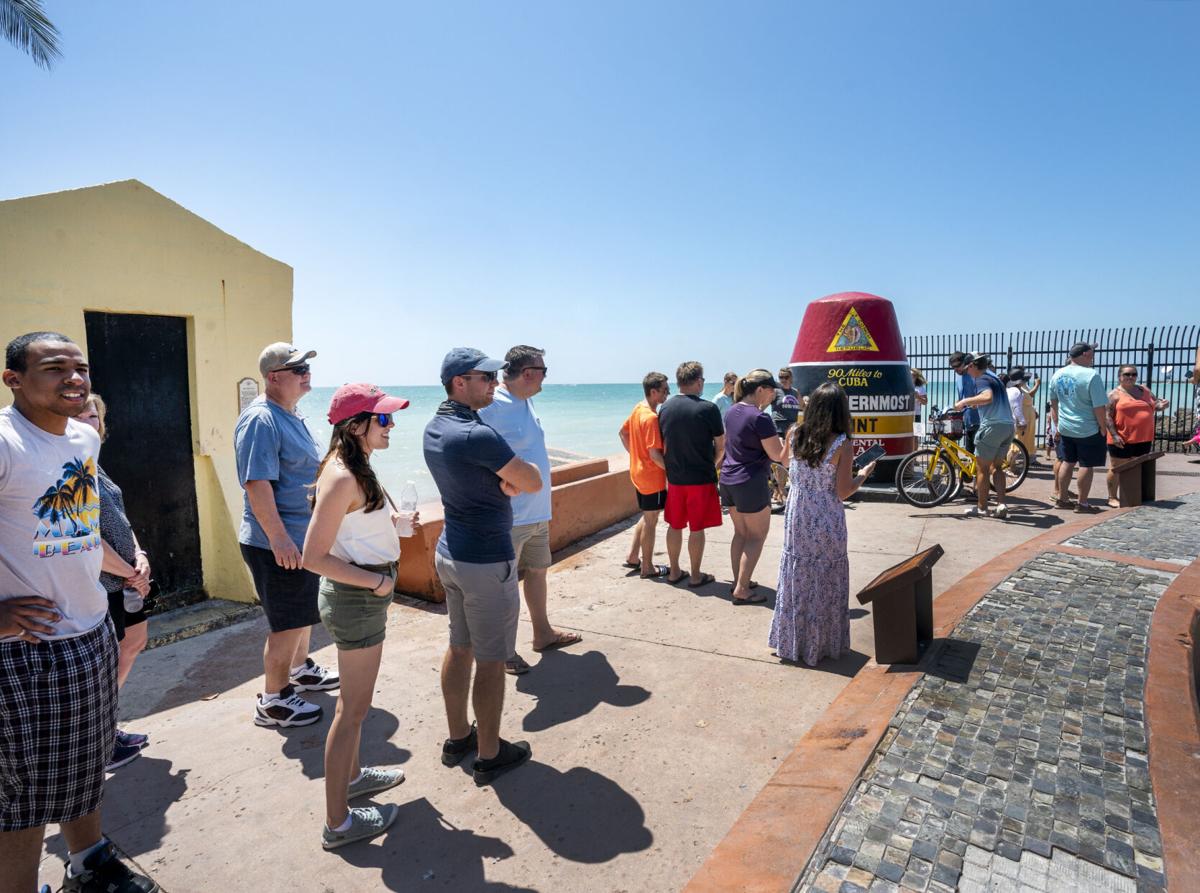 In this photo Wednesday afternoon, not one mask is present among roughly two dozen people at the Southernmost Point on South Street.

Mask-less visitors are photographed at the Southernmost Point Wednesday afternoon.

Mask use is ‘hit or miss’ lately on Duval Street.

Despite a city-wide ordinance, many pedestrians are ignoring the mask mandate put in place to slow the spread of COVID-19.

In this photo Wednesday afternoon, not one mask is present among roughly two dozen people at the Southernmost Point on South Street.

With Tallahassee once again pulling the rug out from under Key West’s attempts to regulate its streets and harbor, local police and code enforcement officers have switched gears on mask enforcement.

Shortly after the Gov. Ron DeSantis on March 10 waived all fines associated with violations of local COVID-19 mask violations, the Key West Police Department suspended all the officer details it had assigned to lower Duval Street to enforce those regulations, which require anyone outdoors, even if they can socially distance, to wear a face covering. And city code officers, while still walking the streets, are asking, not telling, visitors to mask up.

“All the work and effort code and police put in went out the window,” said Jim Young, Key West Code Compliance Director, referring to attempts to convince visitors to voluntarily wear a mask. “We’re still carrying [free] masks. As far as going up and confronting people, we’ve relaxed that.”

Code officers had been working overtime since October and November to enforce the city’s mask regulations, Young said. The police department had added special officer details on the weekends, when crowds swelled. The policy was to hand a violator a free mask first, then, if they did not comply, issue a citation. Ticketed individuals were required to appear in Monroe County court before a judge, while businesses cited for not enforcing the regulations, including for their own employees, would appear before a special magistrate if cited.

“We’ve sort of pulled back on the overtime,” Key West Assistant City Manager Patti McLaughlin said. “The governor has put out the order about the fines. That’s hard on us. We’re hearing more reports of people not wearing masks.”

“It [governor’s order] added one more layer of confusion when we had people moving in the right direction,” Mayor Teri Johnston said. “We have a lot of kids down there without masks. There are no masks. There really aren’t.”

The code department has written a total of 167 civil citations for individuals who refused to comply with the mask ordinance, while the police department had written 133, according to city officials. Twenty businesses had been cited, all by code officers.

Violators who had already paid the $250 fine are not entitled to a refund, Young said.

However, one silver lining is that code and police officers will no longer be pulled into confrontations with violators who refuse to comply, some drunk and disorderly. Code officers were attacked, spat on and verbally abused at times, Young said. Now, the largest number of complaints his department is currently receiving involve noise levels at local bars.

“I never thought I’d be so happy to go back to transient rentals or noise complaints or barking dogs or crowing chickens,” Young said.

Key West is currently in the middle of the spring break season and its crowded streets can attest to that. There have been no incidents similar to the violence reported in Miami, officials say. In fact, lower Duval has not yet had to be closed to vehicular traffic at night. Police are prepared to close the street in order to let pedestrians safely spread out off the sidewalks.

But much of the well-mannered crowd is not wearing a mask.

McLaughlin said it is not just visitors who are flouting the now-toothless mask regulations. She has heard reports of people in the New Town area and local grocery stores who are not wearing face coverings, she said. That is concerning to Johnston.

“We are not out of the woods yet. Please wear your mask and do the right thing until we can get vaccinated,” the mayor said.