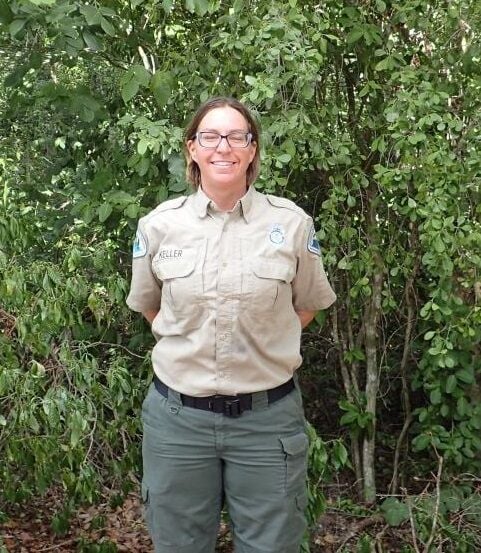 Park Ranger Helen Grekel is leaving the Keys after giving up on affordable housing in Islamorada. 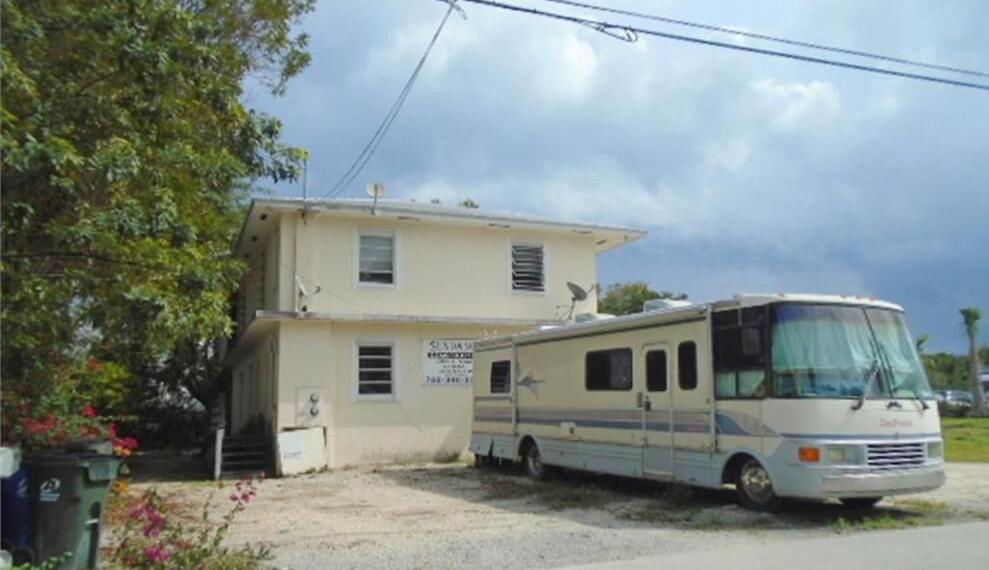 Before it was razed, 292 Gardenia St. had several rentable spaces providing affordable housing in the village.

Park Ranger Helen Grekel is leaving the Keys after giving up on affordable housing in Islamorada.

Before it was razed, 292 Gardenia St. had several rentable spaces providing affordable housing in the village.

Helen Grekel’s story is like that of many Florida Keys workers struggling to stay in the island chain.

Grekel is a single mother of three children who works full-time job as a ranger at the state park service, her dream job. After seven years as a ranger, she said she is leaving Islamorada because she cannot make ends meet due to the high cost of housing. She is off to North Carolina where she has family, and her fiancé has family as well.

“The cost of living is so much less expensive there. There’s affordability,” she said, adding she could have a house with 5 acres on a mountain with a pool for the $1,700-a-month rent plus utilities she is paying in Tavernier now for a two-bedroom, one-bathroom home.

According to a state park newsletter, Grekel (formerly Keller) worked in various careers before seeking a position in the Florida Park Service. She fell in love with the park service after spending three years volunteering at state and national parks across the South in an RV named Matilda. Grekel says she was inspired to pursue a career in the park service while she was knee-deep in the swamp as a volunteer at Everglades National Park.

“While leading an interpretive field trip, I found myself stuck in the mucky slough, being bitten by gnats and mosquitoes and concerned about mating alligators,” said the park’s newsletter. “I couldn’t help but watch in awe as nearly two dozen high-schoolers … students [who] an hour prior had been afraid to step off the concrete… literally stepped into nature. That tour is what led me to pursue a career with the park service.”

Grekel knew she wanted to work for Lignumvitae Key Botanical State Park after learning that one of her favorite childhood books, Charlotte’s Story, was written on the island by former caretaker Charlotte Niedhauk. Grekel admired Niedhauk’s “ability to thrive despite the harsh conditions on Elliot Key, her passion for helping others and her seemingly always positive attitude, considering island life in the 1930s.”

Grekel has enjoyed her outdoor adventures but her struggle with housing has been unreal.

She was living at 292 Gardenia St., adjacent to Plantation Key School, for nine months; it’s a two-story concrete building known by some, she said, as the “crack house,” due to questionable activity on its grounds and the unsanitary conditions that seemed to pervade the living situations. “There was a lot of drug use,” Grekel said. “A constant flux in and out of the building. There were nights we were nervous.”

She and her children lived on the top floor, so for the most part, she could keep her head above the melees down below, especially since she had signed an ethics clause with the park service. She had to escape a terrible personal situation along with her 18-year-old daughter and two sons, 13 and 8, and this was the most affordable deal she could find quickly while in desperate circumstances. She paid $1,300 monthly, which included water, but if she got behind on rent, her water got turned off, she said.

She found the situation intimidating, and as the family moved out, it was with a sigh of relief. “We survived. To quote my 13-year old, ‘It’s only upward from here.’”

John S. Mannix of Sundance Construction owned the building and he issued verbal eviction orders, Grekel said, as the property sold to Chris Sante, a former Islamorada mayor and councilman. Tenants had to be out by Christmas 2019. Nevertheless, she lived there with her children from May 2019 through January, until she found the new rental in Tavernier. She had to scramble and work side jobs to be able to come up with first and last month’s rent on the new place. A month ago, the Gardenia Street property was razed, she said, and when affordable housing is built there, the expected rent is $2,300 — “not affordable to me.”

Acting Village Manager Maria Bassett said in October 2020, the village paid $21,500 to J.A. LaRocco Enterprise, Inc. to demolish the structure on one of the four lots comprising the location referred to as 292 Gardenia for the purpose of developing affordable/workforce housing.

“I will confer with the new members of the Village Council for guidance on how they would prefer staff proceed with the development at this location, and at the location we refer to as the Woods lots on the corner of Woods, Gardenia and the Overseas Highway, Bassett said. “I will ask them how they would like to proceed and whether their preference is that the ‘Achievable Housing Committee’ evaluate this effort first.” That volunteer committee is comprised of village residents appointed by the council.

“[The former village manager,] Seth [Lawless,] tried to work out a couple of arrangements for developing both areas that did not work out,” Bassett said. “One developer was moving forward with site plan submissions to the Planning Department, but the related lease agreement we entered into had expired. I asked that developer to suspend his efforts until I could review everything with the new Village Council.”

Already on hand, resulting from two separate requests for proposals (RFP), the village has three affordable housing developers who expressed interest in developing these locations, and a fourth developer also expressed interest, said Bassett. “It is more cost-effective for the two locations to be considered by one developer versus splitting them out. Questions remain on the type of structures to be developed, whether they should be for sale or for rent and whether they should be attached or individual [units]. Staff’s preliminary recommendation is that stand-alone units be developed similar to those at 97 Orange Lane [in the village] and that they be for sale. The 300 units coming to the Village [from the state] for affordable housing development purposes may only be used for rentals. Ultimately, we would prepare and issue an RFP to develop those areas specifically.”

The village currently has 133 deed-restricted workforce/affordable units approximately. The list is being studied and updated, said the acting manager.