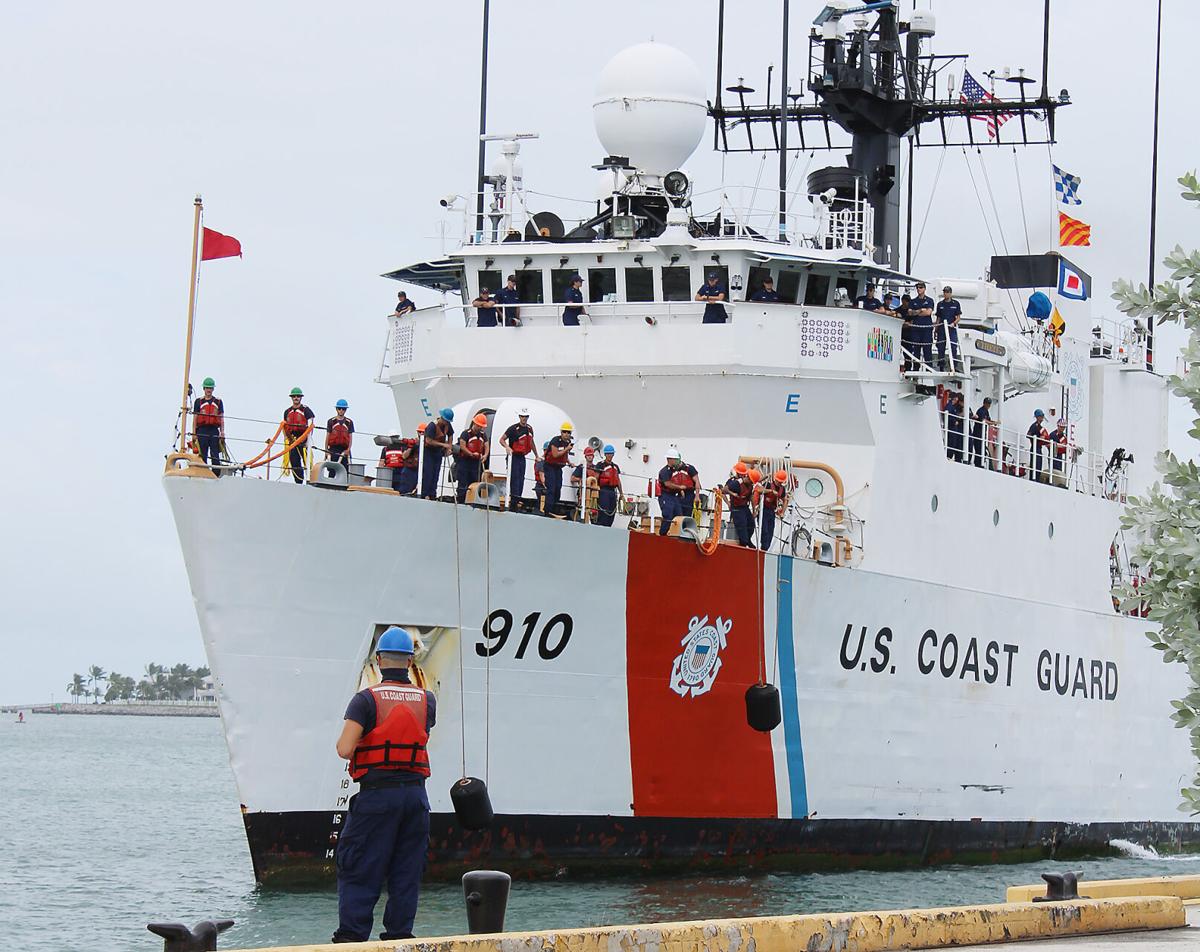 The USCG Cutter Thetis and its crew of 104 sailors arrives at Coast Guard base Key West Friday morning. 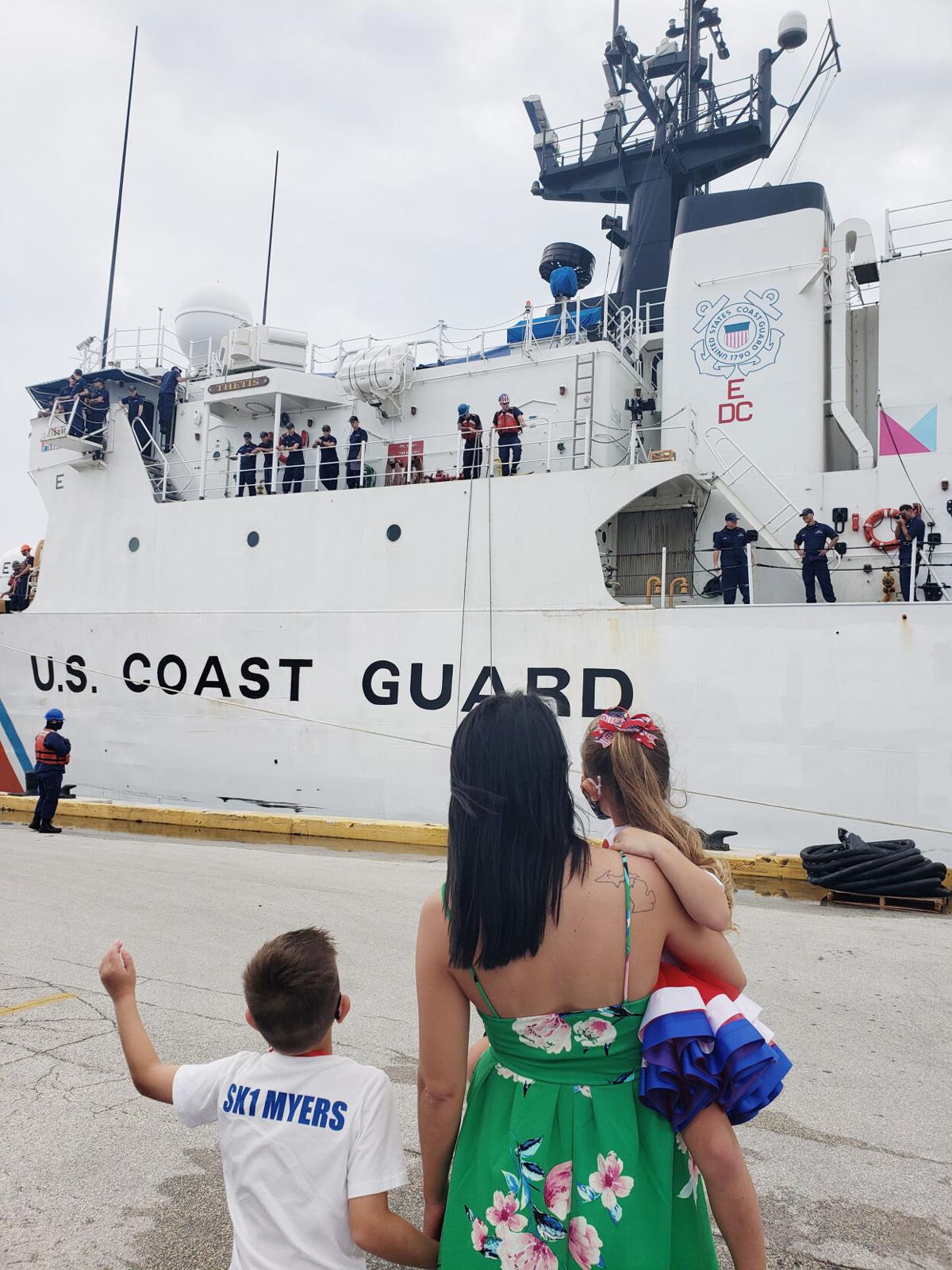 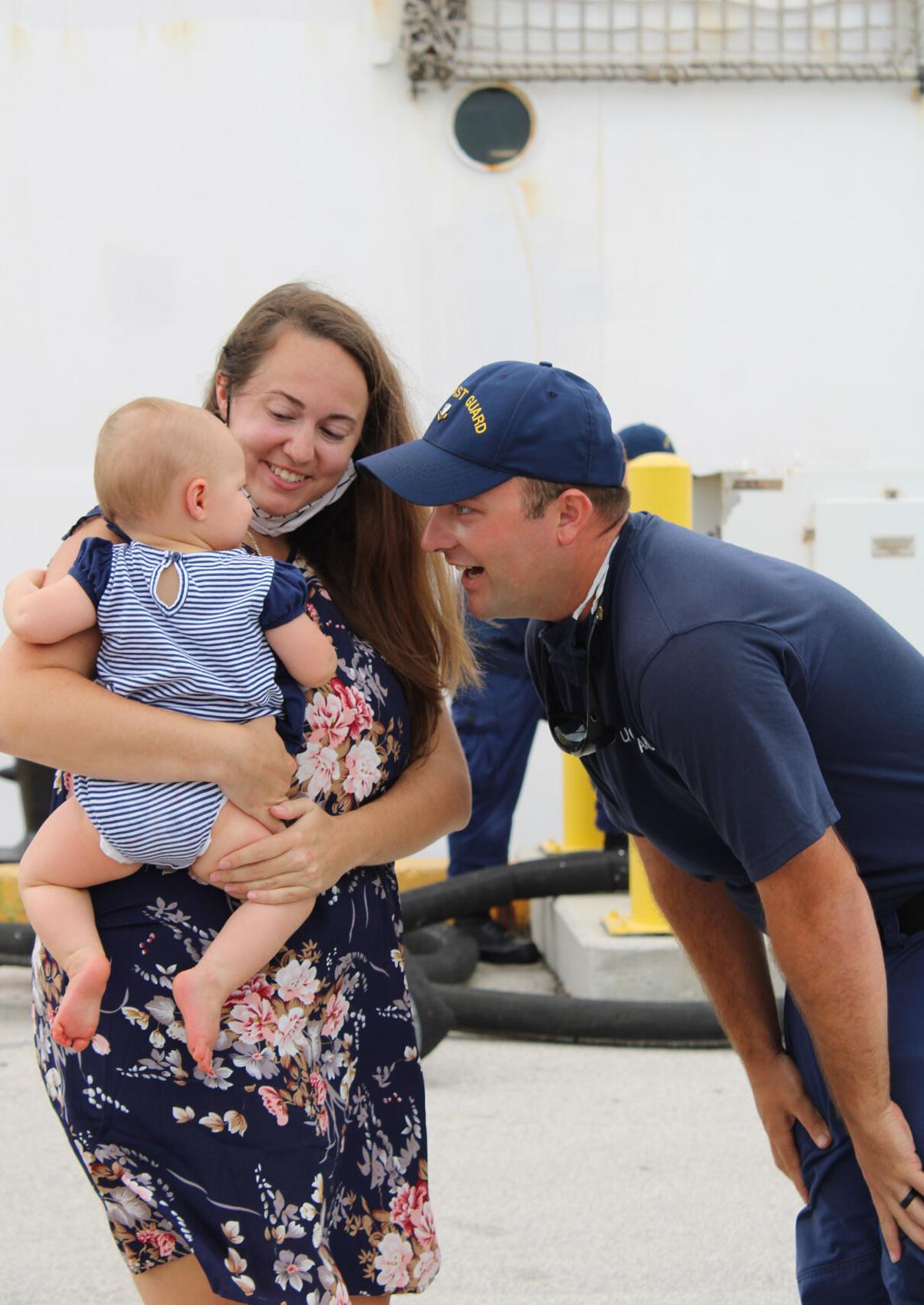 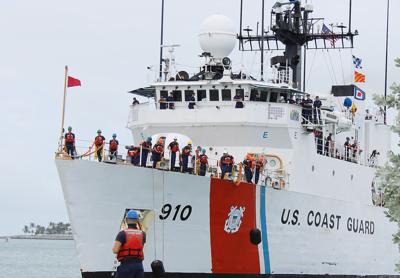 The USCG Cutter Thetis and its crew of 104 sailors arrives at Coast Guard base Key West Friday morning.

The crew of the U.S. Coast Guard Cutter Thetis returned home to Key West on Friday, after completing a 42-day patrol to the Caribbean Sea and Eastern Pacific Ocean.

Named for the Greek mythological sea nymph and mother of Achilles, Thetis is a 270-foot famous-class cutter homeported in Key West and has a crew complement of 104, according to a U.S. Coast Guard news release.

“They did a great job,” said U.S. Coast Guard Capt. Adam Chamie on U.S. 1 Radio Monday morning. “They went through the Panama Channel to the Eastern Pacific and they interdicted over 8,000 pounds of illegal drugs coming in, including what we call a low-profile vessel that had almost 4,000 pounds of cocaine on board.”

A low-profile vessel, according to Chamie, is something similar to a cigarette boat or a race boat. It is very low, maybe only a couple of feet off the water, and are hard to detect from the sky or from the ship’s radar.

During the 42-day mission, the Thetis was able to seize $80 million dollars worth of drugs, according to Chamie.

He said these are not one of those stories people hear a lot about.

The Coast Guard and U.S. Navy are out stopping drug smuggling far from shore where, Chamie said, the drugs are in bulk. The goal of the Coast Guard, Chamie said, is to stop smugglers while they are still off the coast of Guatemala, Mexico and El Salvador, before they can enter Mexico or Central America and break up the drugs into smaller packages, which makes them easier to bring into the United States.

“We try to get them in bulk out at sea, and hopefully that prevents them from ending up on the streets,” Chamie said.

What makes it challenging, Chamie said, are the different routes and techniques these large criminal organizations attempt to use.

There four major ways the smugglers attempt to move drugs on the water, Chamie said. Smugglers may use fast vessels that go 30-40 knots, or they can use these low-profile vessels. They also may attempt to hide drugs in secret compartments on commercial fishing vessels or even attempt to use what are called “self-propelled semi-submersibles,” which are not true submarines but are mostly underwater.

Chamie said when attempting to stop these vessels, the Coast Guard typically deploys an armed helicopter, with a precision marksman who can shoot out the vessel’s engines or shoot warning shoots as a way of stopping them.

He added that, historically, smugglers do not shoot or resist once they are confronted by force. However, there is a real possibility of injury in other ways, as the boats are moving and turning fast and someone can fall into the water.

After the boats are stopped, smugglers are detained and often prosecuted through the U.S. Department of Justice. The drugs are transported and destroyed, Chamie said.

Cmdr. Jason Nadolyn, Thetis’ commanding officer, said of this most recent mission, “The high operational tempo of the mission was demanding, and I am extremely proud of what this outstanding crew accomplished.”

Chamie added, “I know their families are happy to have them hope and celebrate all the great operations they were able to conduct.”