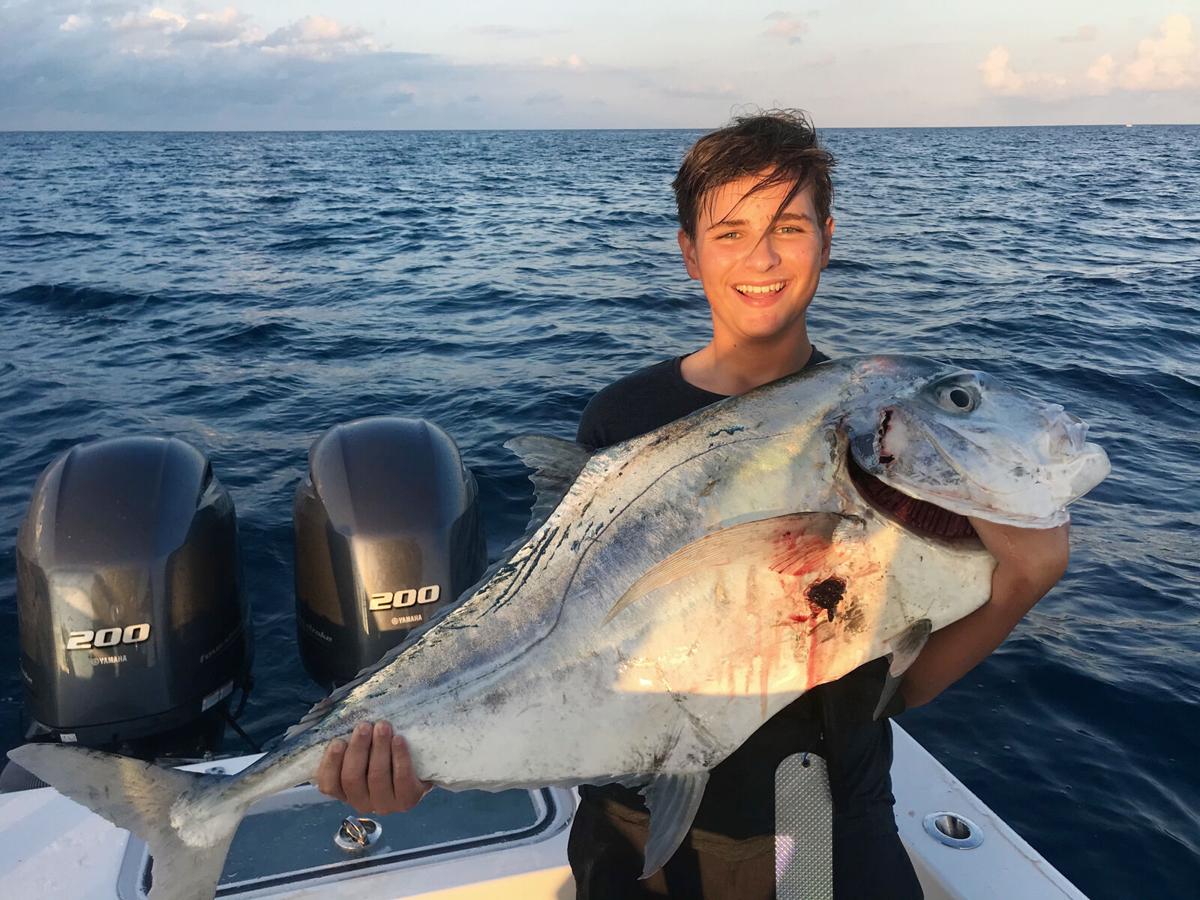 Logan Sena hoists a 34-pound African pompano he speared off the Keys. Sena, 14, is sponsored by Contender Boats. 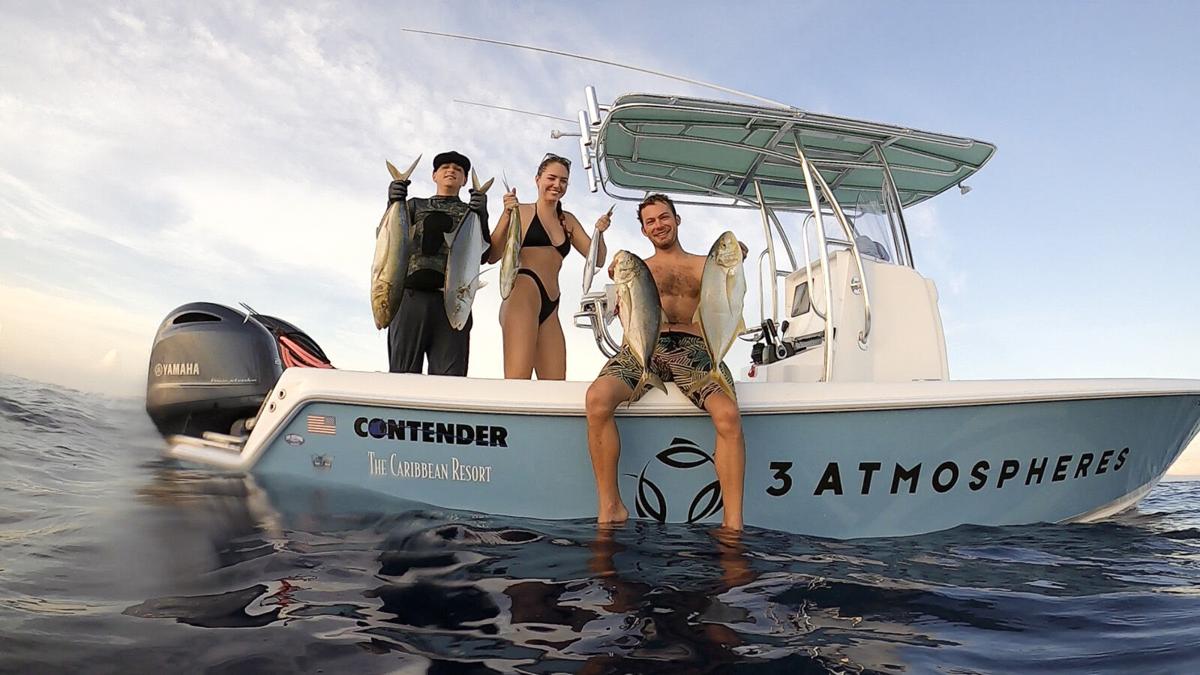 Contender Boats-sponsored Logan Sena, 14, left, shows off his catch during an outing aboard 3 Atmospheres. The Islamorada youngster is the brand’s only bluewater hunter. 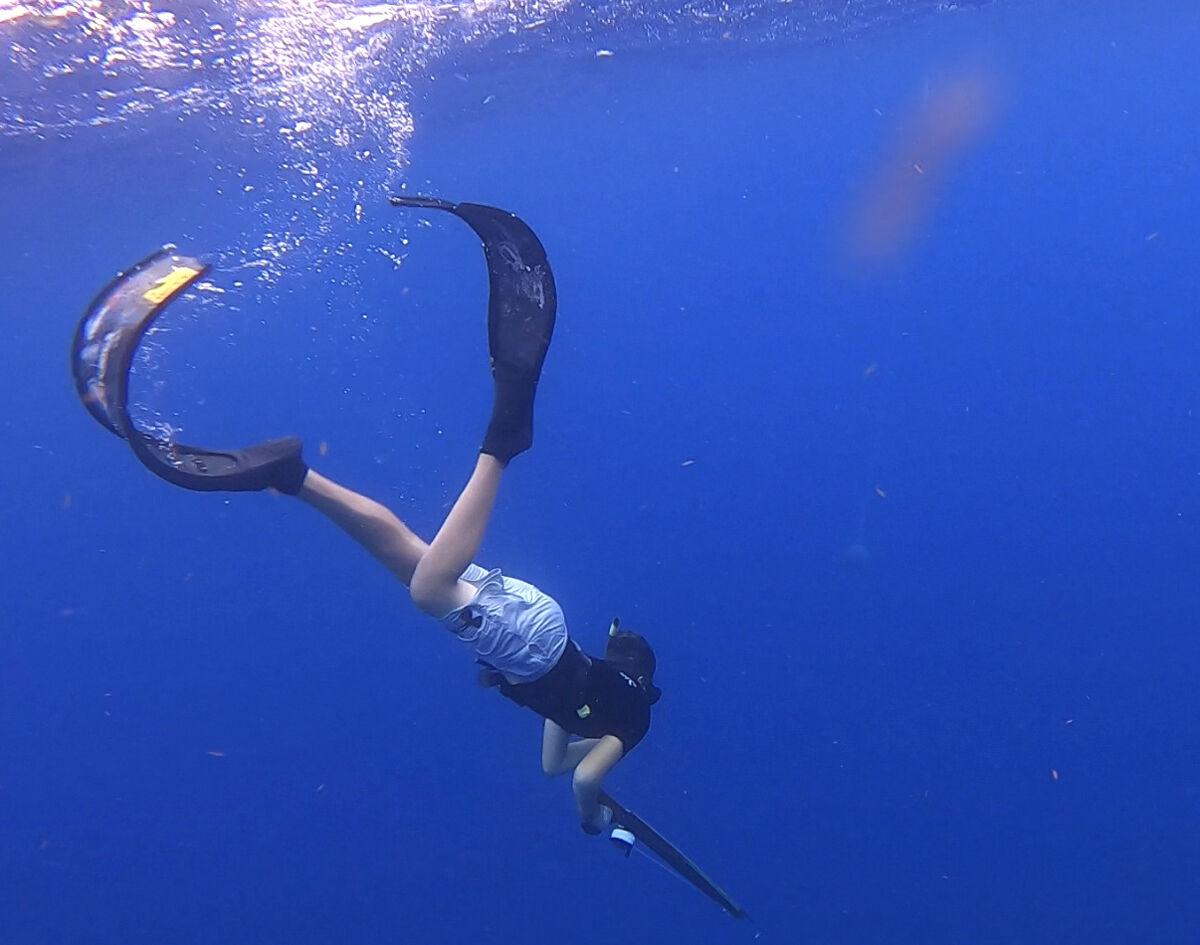 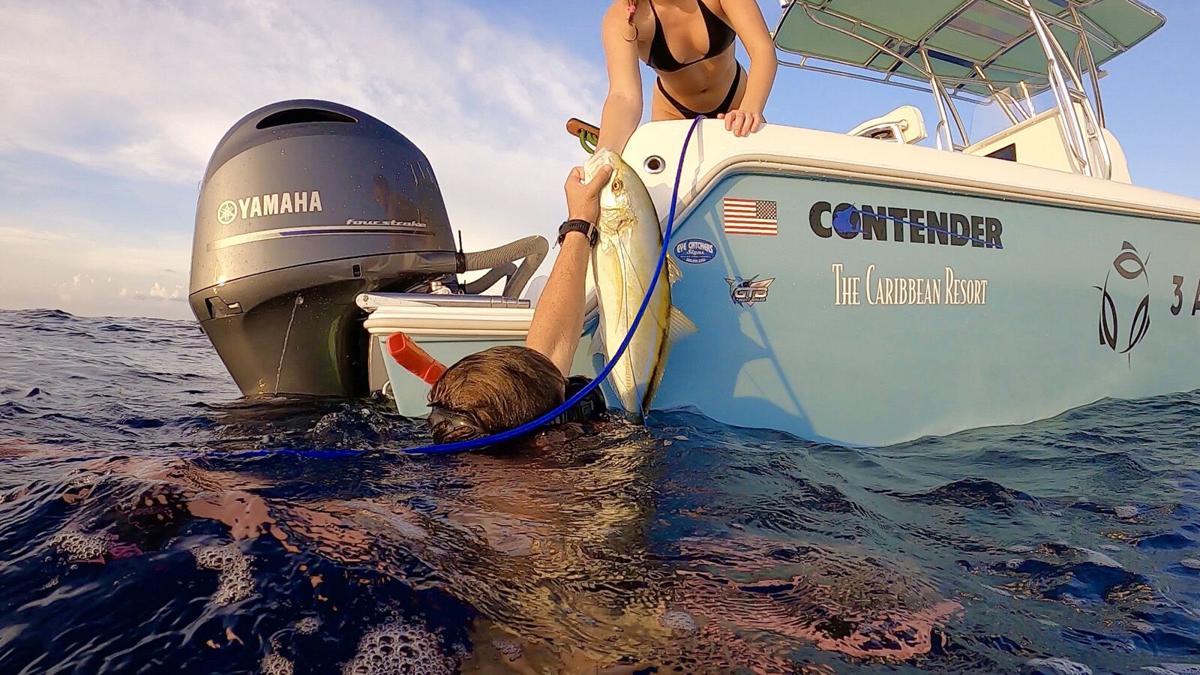 Logan Sena returns a fish to the boat.

Logan Sena hoists a 34-pound African pompano he speared off the Keys. Sena, 14, is sponsored by Contender Boats.

Contender Boats-sponsored Logan Sena, 14, left, shows off his catch during an outing aboard 3 Atmospheres. The Islamorada youngster is the brand’s only bluewater hunter.

Logan Sena returns a fish to the boat.

The 14-year-old just took possession of his 25T Contender last week and named it “3 Atmospheres.”

“One atmosphere is 33 feet and three atmospheres are a little over 100 feet and that marks a good free diver. That’s a good goal,” Sena said.

“They (professional free divers) recommend you find out what you can do, or your max depth, then subtract about 20 feet,” Sena said. “I don’t need to go past 50 feet. I’m not pushing myself every time.”

“The Eagle Wreck is right out in front of us. It houses tons of different fish. I recently saw a sailfish there and some wahoo,” he said.

Sena prefers to free dive rather than scuba dive since bubbles can scare away pelagic fish and he considers spear fishing to be more environmentally friendly than traditional and commercial fishing.

Sena, a kiteboarder enthusiast, is also a brand ambassador for Cabrinha Kites and Mystic, and a team rider for Otherside Boardsports. He said he’s fortunate to be able to pursue water-related sports.

“I love having two sports. They’re very different and a lot alike at the same time. They both make you feel like you have the world at your hands. It’s very cool, the power they both give you,” Sena said.

The Contender Boats sponsorship, in part with the dealership Gus Toy Box, is somewhat unusual of the legacy boat brand, which usually sponsors rod-and-reel anglers.

Sena has been free diving since he was 9, but it wasn’t until he was 11 that he became serious about the “zen-like” experience of it.

Bluewater hunting is a team sport that requires coordination between the divers, the boat operator and flasher operator, according to Sena. And its popularity continues to grow among younger people which doesn’t require much more than a mask, fins and a reliable boat.

“The adrenaline rush of shooting a fish is like nothing else,” Sena said.

The two biggest fish he’s speared was over the summer: a 34-pound African pompano and a 27-pound black grouper.

“Logan is a super athlete,” said Gus Solis, owner of Guy Toy Box. “He’s very driven and a smart kid, much like I was when I was his age. He’s gotten really big into free diving and he’s got a lot of good people around him.

“The whole collaboration just made a lot of sense. It’s a new avenue for us to promote Logan, the brand and the Caribbean Resort where we will offer sea trials and a chance to spearfish. The whole thing just came together.”

“Contender Boats deliver the same high performance and dependability for spearfishing and kiteboarding that we’re known for,” said Jordan DeLong, director of marketing. “Logan is a good kid and we’re thrilled to leverage our brand in support of him.”

Follow Sena’s adventures under “kiteboardingkid” on Instagram. Schedule a sea trail aboard the 3 Atmospheres by calling Gus Toy Box at 305-396-7043.