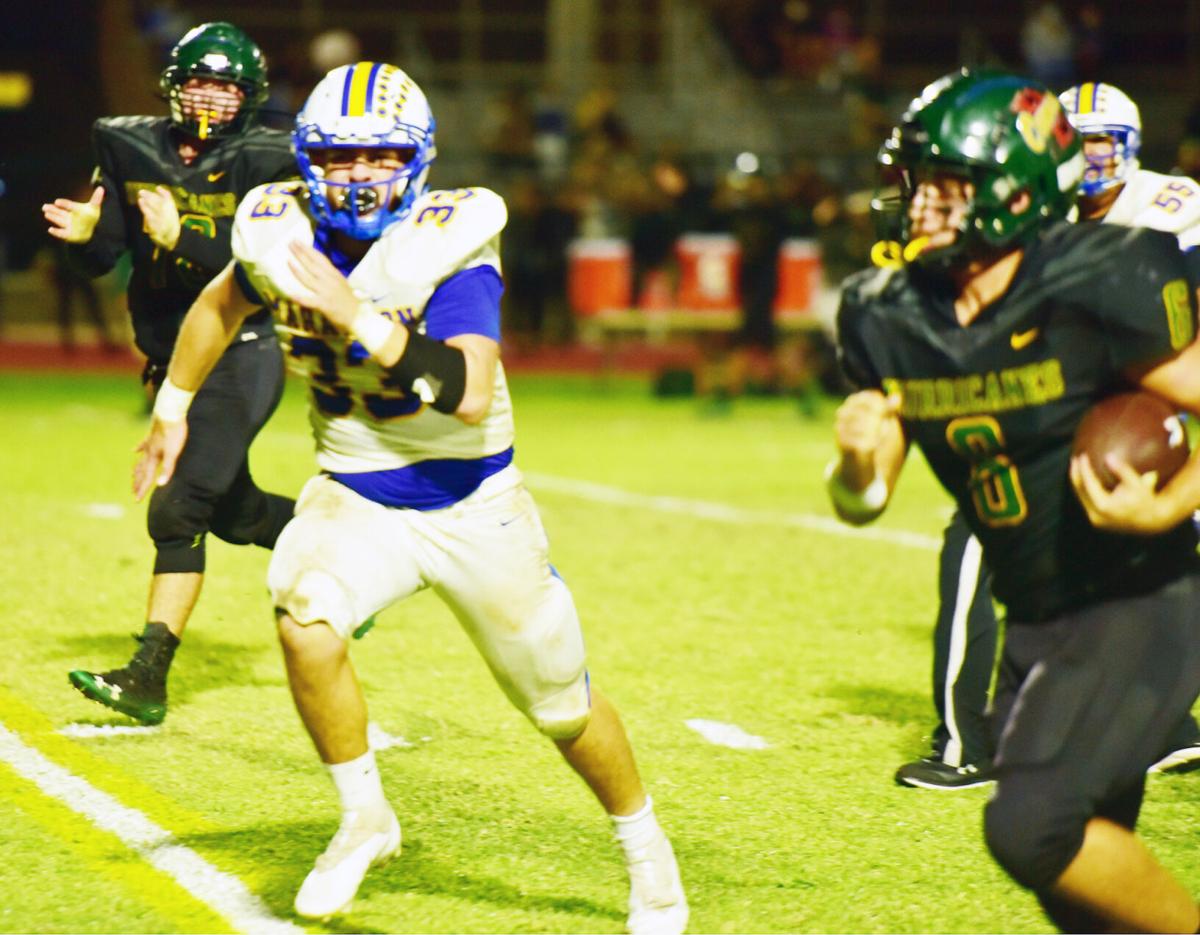 Coral Shores running back Chris Cooper runs down the field against Marathon on Thursday night at George M. Barley Jr. Field in Tavernier. 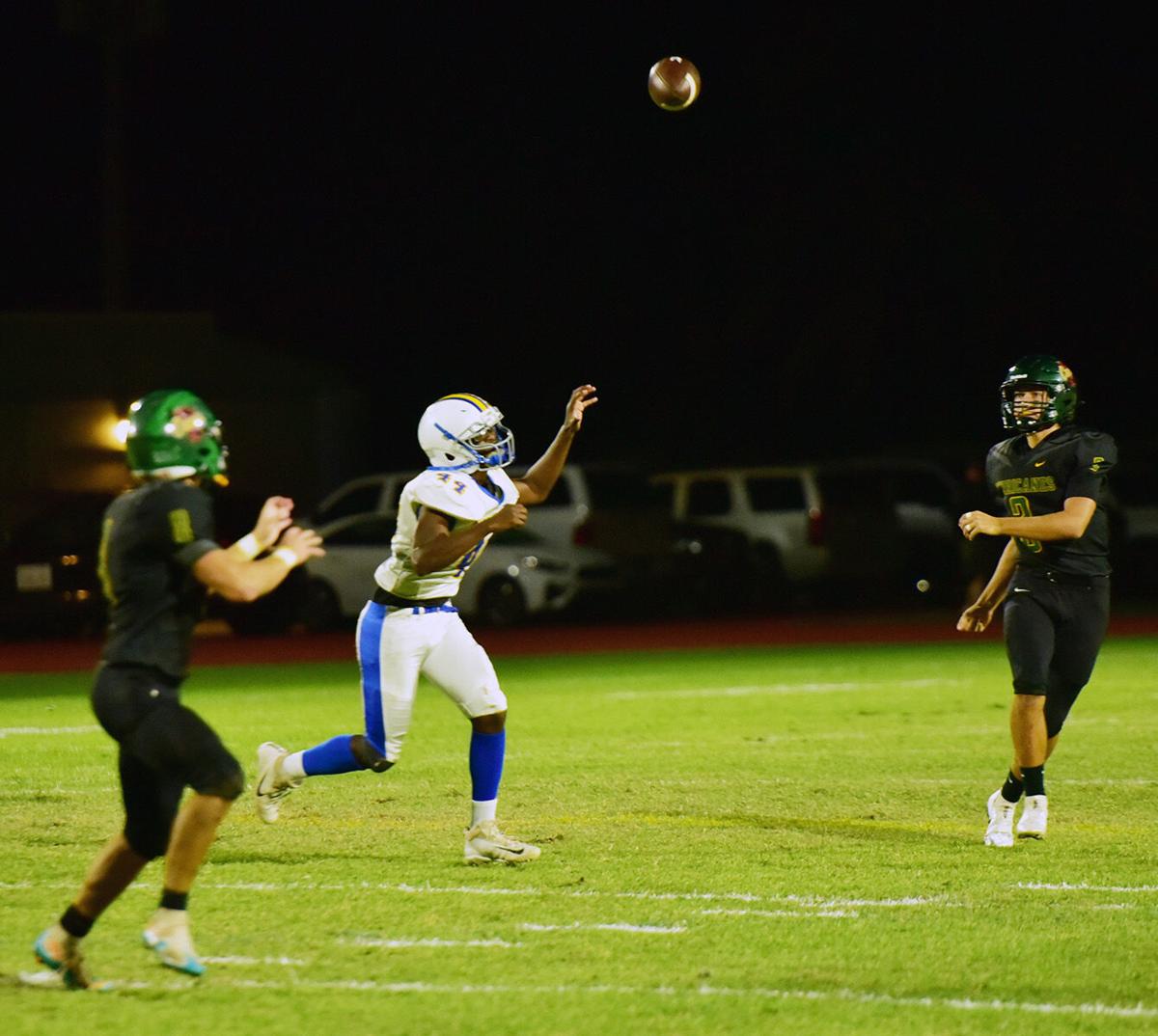 Coral Shores running back Chris Cooper runs down the field against Marathon on Thursday night at George M. Barley Jr. Field in Tavernier.

The Marathon football ended its pandemic-ridden season on Thursday with a 42-6 loss to Monroe County rival Coral Shores.

And it was the Chris Cooper show, as the quick and darting Coral Shores running back carried the ball 11 times for 211 yards with three touchdowns on the night. His 211 rushing yards was a season high for the team, and Cooper finished the eight-game season with 1,048 yards.

Cooper then began taking over, breaking loose on a 63-yard touchdown run early in the second quarter as crosswinds consistently were blowing across the field underneath the lights.

Marathon continued pounding the ball on the ground, but subsequent drives kept breaking down. Miguel Avena was held to a modest 38 yards rushing.

Coral Shores added two more touchdowns in the first half, as Cooper scampered in from 6 yards out. On another drive, QB Brian Lesko (2 for 4 for 30 yards and one touchdown) connected with Willem Godtel on a 23-yard touchdown pass, making the score 21-0 at halftime. Godtel’s last three receptions during the regular season have resulted in touchdowns.

Malachi Hawkins logged a sack for the ‘Fins’ lone defensive highlight of the game. The offense responded by showing more of a spark, but a pass was intercepted by Cooper, this time playing safety on defense. The ‘Canes’ defense was tough all game long, led by Dominick Monteagudo’s eight tackles.

Cooper kept running hard on offense, adding another 34-yard touchdown run, before Lesko ran it in himself on a following drive from 6 yards out.

’Canes running back Lucas Dennis (seven carries for 24 yards, one touchdown) had a 6-yard touchdown run of his own, making the score 42-0 late in the game.

Marathon was able to avoid being shutout as the final seconds ticked down, when senior Enoc Campos found the end zone right before the final horn sounded.

An emotional Campos (10 carries for 29 yards, including the touchdown) faceplanted while wearing his helmet on the sideline afterwards, as a couple supportive teammates gathered around.

Childress called the team together, as most of the players took a knee. Another Marathon player pounded on the ground with a closed fist in obvious frustration.

“This is a hard loss,” Childress said, while looking around at the faces of his players.

He said some meaningful words to his seniors and then offered some stern words for his underclassmen: “Weight room starts next week for you younger players. If you want to get better, we will make you better. That starts in the weight room.”